Nigma show off against TNC Predator at the DreamLeague Leipzig Major

Outworld Devourer was the star of the show. 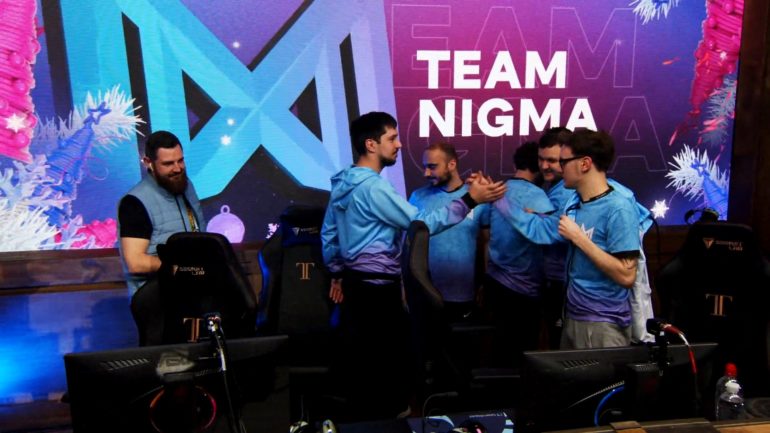 Defending Major champions TNC Predator and incumbent Minor champions Nigma tested their might at the DreamLeague Leipzig Major today. This time, Minor came out on top as Nigma recovered rapidly from a poor game one showing to dominate the Dota 2 series, winning 2-1.

Every series counts in the GSL format and it could not be truer in one of the hardest groups in the Leipzig Major. Group A kicked off with two championship-caliber teams and arguably the top dog in their respective regions. With the series win, Nigma have two chances to win just one more series before confirming their upper bracket berth, while TNC will have to win two more or find themselves in the lower bracket.

Related: Groups A and B are stacked at the DreamHack Leipzig Major

Nigma’s secret to success has been to place Omar “w33” Aliwi on Windranger or Outworld Devourer and then ensure that Amer “Miracle-” Al-Barkawi has a physical damage carry that can get active early on but scales well into the late game. These heroes have usually taken the visage of Ember Spirit, Slark, and Phantom Lancer for this patch.

With TNC’s recent downturn in form, game one was a statement showing from the Southeast Asian powerhouse. Facing Nigma’s w33 and his fearsome Windranger, FIlipino superstar “Armel” Paul Tabios rose to the occasion with Lina and dominated his opponent. TNC held the lead from start to finish, easily leveraging their huge teamfight potential with Faceless Void and Disruptor to take down Nigma time after time.

Game two saw TNC amp up the greed with a Shadow Fiend carry to pair with a support Vengeful Spirit. Nigma capitalized on the SEA squad’s weak lanes and adjusted appropriately, sending Abbadon and Lich to feast on the Shadow Fiend.

While TNC showed that they were still capable of brilliant teamfight execution, Nigma’s w33 and Miracle- proved to be too much of a menace. Handling Outworld Devourer and Ember Spirit respectively, the two ensured that each skirmish was firmly on Nigma’s terms.

Nigma followed up their game two success with a similar draft, this time with Miracle- handling the Slark. For the third game, it was Nigma who led from the beginning, with Miracle- having a hot start. Nigma did not let up the tempo, feeding just one kill to TNC, and closed out the game in resplendent fashion.

While TNC lost the series, they can take heart from their commanding game one performance. The Major champions appear to still be adjusting to the Outlanders patch. It’s far from over for TNC, however, and scores of SEA fans remain hopeful for their return to form.