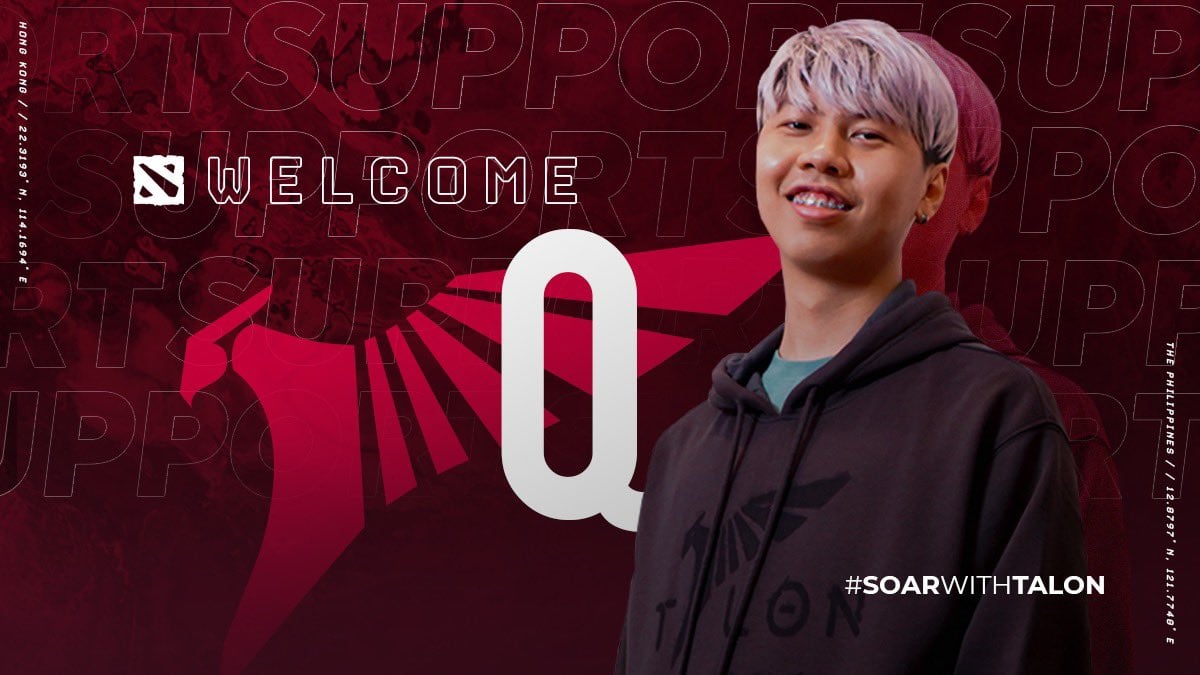 Talon Esports made waves when it revealed it would be entering Dota 2 for the first time to compete in the 2022 Dota Pro Circuit. That initial venture, however, ended with a middling run in Southeast Asia’s Division II regional league and management deciding to make a few changes.

Now, as teams finalize their rosters before the second Tour of the DPC, Talon has signed Worawit “Q” Mekchai to its roster.

Q spent the last two years playing for Motivate.Trust Gaming after jumping between smaller stacks. This was his first big opportunity to play for an organization’s main roster alongside other top talents, and his talent spoke for himself, as he stuck with the team through multiple different lineup iterations.

Now the 23-year-old Thai player will leave his former team to join Talon’s revamped roster as their hard support, meaning he will rotate from position four to five. This also means he will be filling the hole left by former captain and Dota legend Fly, who parted ways with the team alongside Gabbi at the end of the Winter Tour.

Rumors point to 23savage joining the team after being replaced by Gabbi on T1’s main roster, based on the player’s Instagram story showing him leaving Thailand and Talon’s previous announcement that it had opened up its bootcamp in the Philipines. Additionally, 23savage liked Q’s Talon announcement post on Twitter and other images show him walking around what looks like a house with a practice area set up on the first floor.

If this does happen, Talon essentially just swapped position one players with T1 in hopes of improving its chances of making it to Division I this Tour.