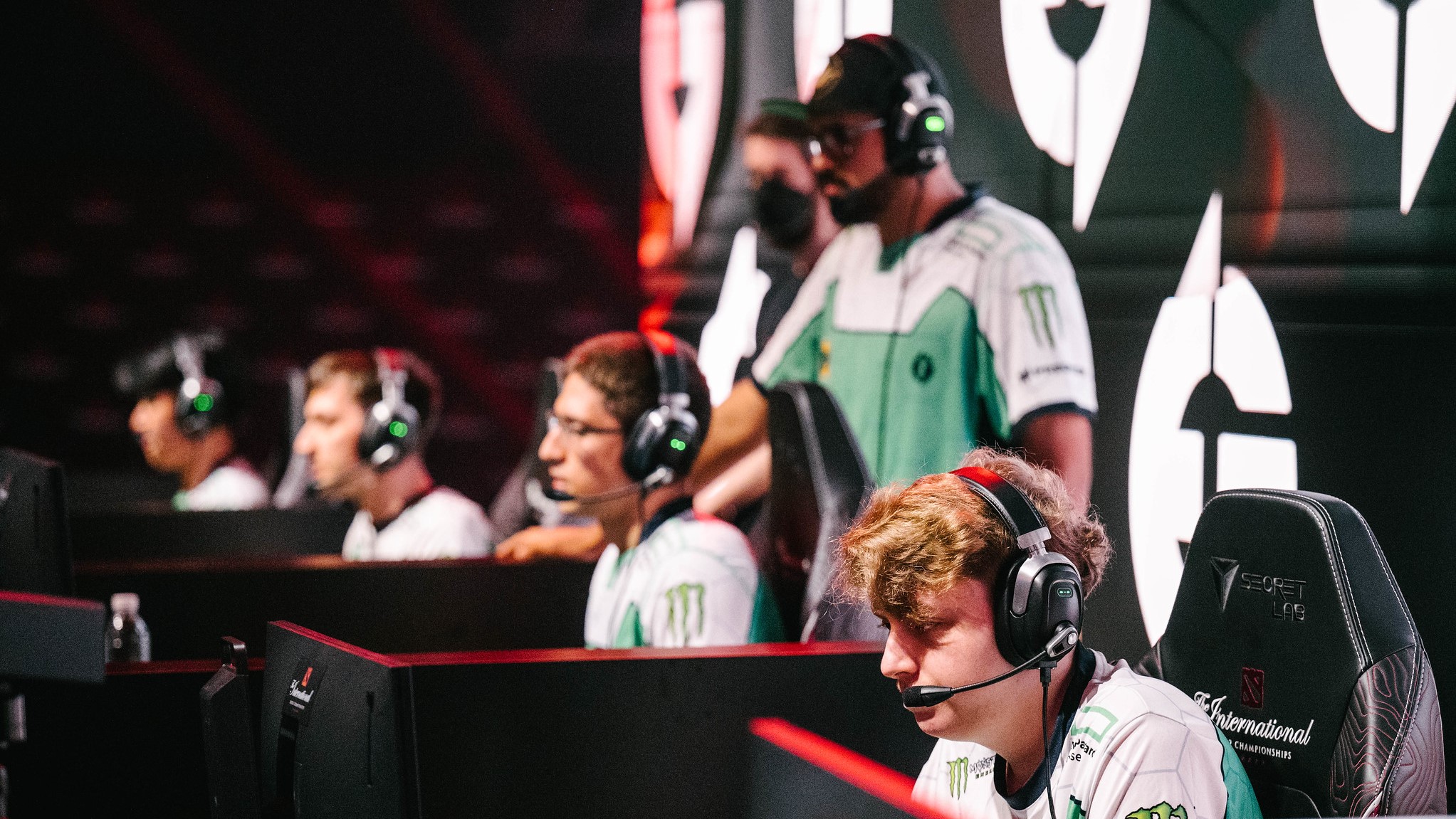 Fans who tuned into TI11’s scores and standings were treated to a surprise this morning. Evil Geniuses were knocked out to the lower bracket by Thunder Awaken after a phenomenal group stage performance.

Despite ranking as a fan favorite in the main event, EG were recently exposed to the Kyle Curse, where the caster predicted 2022 would be the year EG would win TI. While EG walked onto the main stage looking to achieve just that, they were caught off by TA as South America’s pride showed no signs of weakness versus NA’s last hope.

TA nullified EG’s early game pressure in both games and even turned the heat up on them, which prevented EG from executing their plan. Egor “Nightfall” Grigorenko, EG offlaner, talked with CyberSport.ru after the series, and shed some insight on their upset.

Though EG were able to put on an admirable fight in the first match, they were severely out-drafted by TA. The difference in the picks especially showed during the mid-game fight, where EG lacked the damage to take down TA despite pulling off the initiation. “It’s a shame to lose like that, especially in the second game where we didn’t stand a chance,” Nightfall said.

EG came into the series with a plan, knowing what heroes they needed to prioritize versus TA. NA’s kings were one step behind TA during the first 15 minutes of both matches. The slow start caused EG to struggle to start fights.

“They could pick any fight, and we had a much harder time playing the map,” Nightfall told CyberSport, adding that their performance wasn’t tied to emotions but mostly due to the difficulty of carrying out their draft and plan.

EG will have their second test in the main event versus another SA team, beastcoast on Oct. 21, 3am CT. Beastcoast moved onto the second round of the lower bracket after defeating Hokori in an SA showdown. The current seeding of TI11 has been rather unfortunate for the NA/SA regions as all the representatives were set to play each other in the first two rounds, which meant only two of the four would be able to move onto the later stages of the main event.