It was an entertaining series from two offensive teams. 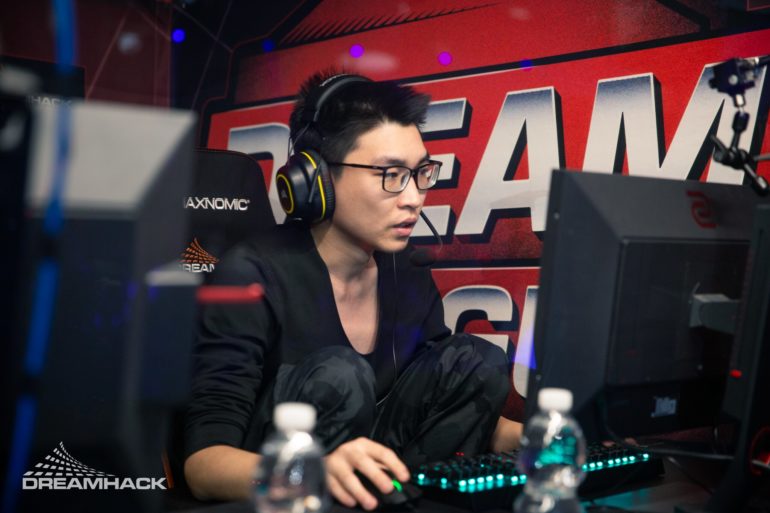 Chinese upstarts Invictus Gaming battled against blitzkrieg beastcoast at the Dota 2 DreamLeague Leipzig Major today. The two teams, known for their hyperactive playstyles, brought all their chips to the table with constant skirmishes throughout the games, but IG were the last team standing and won both games.

IG were responsible for beastcoast’s elimination from the past Major. At the MDL Chengdu Major, beastcoast were set to take the third game, but a mistake by the South Americans meant that IG dodged elimination. They went on to finish third at the previous Major.

These two teams known for their feverish tempo didn’t let up in this series, either. While the series was a sweep, beastcoast put up an admirable fight in both games. Both teams stuck true to their aggressive roots and took the fight to each other along with their own unique heroes and builds.

IG have shown up to another Major once again, proving that their podium finish at the MDL Chengdu Major wasn’t a fluke. Zhou “Emo” Yi continues to be a revelation with his deep hero pool and varied item builds that seem to fit the game perfectly. While he had a problem with overaggression in his first few events, Emo has greatly tempered his approach, making him all the more dangerous.

Overall, IG look like one of the best teams at the event. They have a clear gameplan every game, aided by Thiay “JT-” Jun Wen and Hu “kaka” Liangzhi’s relentless rotations, allowing their carries to farm to monstrous proportions. With the Dota Pro Circuit points they’ve amassed, they’ve practically guaranteed their ticket to The International.

Beastcoast were once again stopped at the cusp of the top half of the event. The South Americans, this time playing with a stand-in, still seem unable to improve on their albeit admirable placement. For the third DPC event in a row, beastcoast has reached the eight spot in the field and have scalped some giants along the way.

Related: Fearless beastcoast cause massive upset vs. Nigma at the DreamLeague Leipzig Major

For yet another tournament, they were unafraid to pull out unorthodox strategies and heroes when they called for it. They played a mid Disruptor in an elimination game three against Nigma, a team that came in second at The International. They picked a Doom carry against IG, a team that had just beaten them at the last Major. At every turn, beastcoast come up with a new surprise and continue to convert new fans to their cause.

The first game saw IG race out to an early lead with their dominant lanes. Their mid lane superstar’s Leshrac dominated his counterpart and never allowed beastcoast breathing space.

Despite the overwhelming disadvantage beastcoast faced, their never-say-die attitude saw them fight back and even claim the first barracks of the game. But their lineup demanded perfect teamfight execution, especially because they were behind for most of the game, and any misstep was punished by IG.

Game two saw IG pick up a greedier Arc Warden and Phantom Lancer duo core, while beastcoast chose to run a Doom carry for Hector “K1” Rodriguez. While K1 was able to secure his own farm, IG once again were in the lead from the start, with Emo dominating his lane on Arc Warden.

This was an intense, nail-biting match with both teams refusing to let up whenever they thought they had an advantage. They rampaged all over each other for almost 50 minutes. IG’s defensive tools proved to be better, however.

IG took down structures but beastcoast were unable to do so. When push came to shove, IG capitalized on the opportunity to take down the throne while K1 was sidelined.