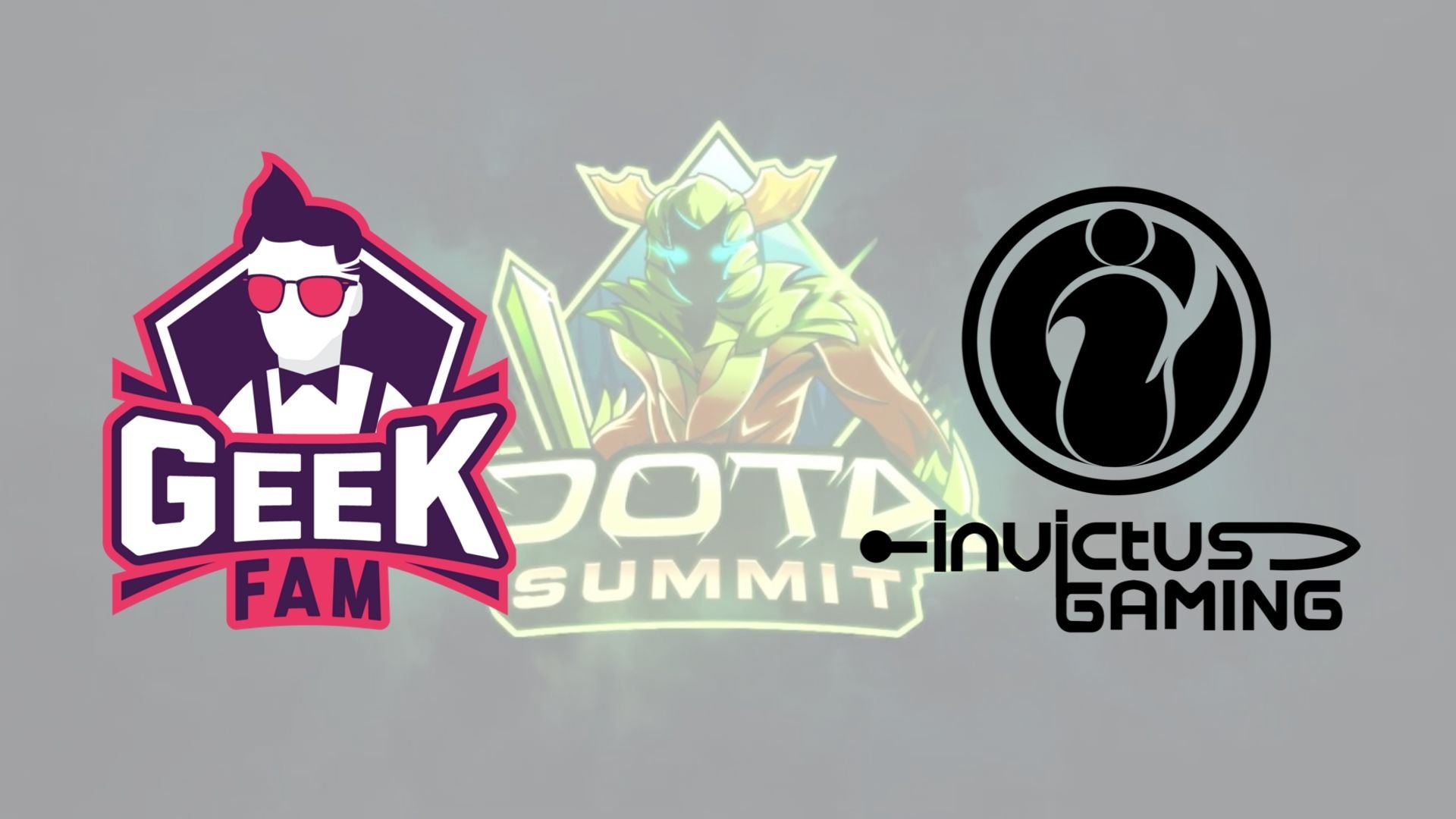 Image from Beyond the Summit | Remix by Dexter Tan

The Dota Summit 11 tournament has found its Asian champions. Geek Fam crushed the Southeast Asian qualifier to book their ticket to America, while Invictus Gaming had some close calls to make it out of the China qualifiers.

This year, the Major and Minors qualifiers were done together. Both Geek Fam and IG lost in the qualifiers for the MDL Chengdu Major and were thus sent to the third phase of the qualifiers to battle for a single slot at the Summit 11. Now, both teams have secured their right to play at the first Dota Pro Circuit event of the season.

Malaysian organization Geek Fam cast a worldwide net in search of a new roster, eventually ending up with zero Malaysians on the roster. While they fell short in the SEA Major qualifiers and failed to make it to the playoffs, Geek Fam tore through each team in the Minor qualifiers.

Geek Fam had to play every other team in the qualifiers. Off the back of some phenomenal performances from star carry addition Marc Polo Luis “Raven” Fausto, they slaughtered them with style and ease. They only dropped one game in the grand finals to Cignal Ultra and will hope to leapfrog into the big leagues with Fnatic and TNC Predator.

IG has largely retained its roster despite lackluster results last season. This year, the organization added veteran support player Hu “Kaka” Liangzhi and it seems to have made a difference. The Chinese organization will make it to its first DPC event in more than a year, but the journey was anything but smooth.

IG played CDEC Gaming in two series for the slot, with both teams playing eight games against each other in two days. Ultimately, IG had the last laugh, grinding out the victory in a grand final with four games going over 50 minutes. While their far from the glory days of TI2, this might be the first step for Kaka and his new squad to reclaim a championship pedigree.

Both teams will get another shot at attending the MDL Chengdu Major. The team that lifts the trophy at the Summit 11 Minor will also punch their ticket to China. With experienced squads like Ninjas in Pyjamas and Virtus Pro already awaiting them at the competition, it’ll be a tough task. Dota Summit 11 begins on Nov. 7 and will run until Nov. 10.