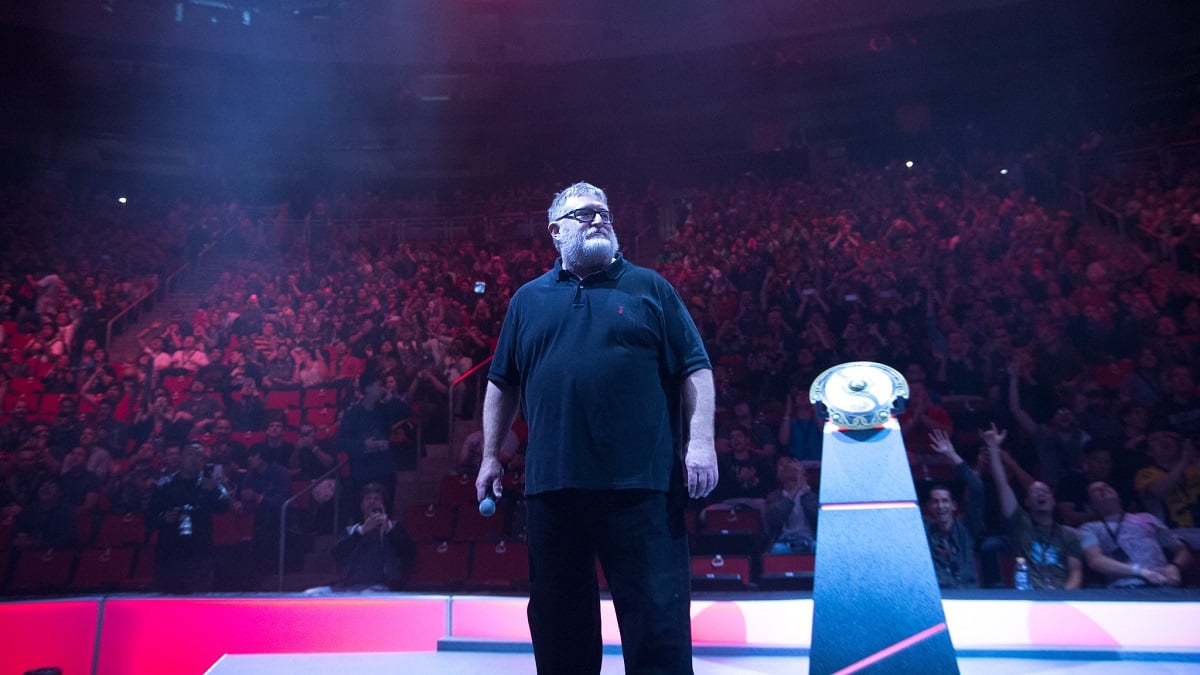 The International is more than a competition for the best Dota 2 teams in the world. It’s also a tradition that unites new and veteran Dota fans. While the matches have been top-notch in TI11, Valve looked like they forgot about some of the finer details, and they’re currently on the rebound to do right by the fans.

As TI11 moved into Singapore Indoor Stadium for the finals, the tournament started feeling familiar to the fans, with Gabe Newell finally welcoming everyone to The International after 14 days.

After the remaining teams took their places on the stage, the camera suddenly cut to a recording of Gabe Newell pushing down the mid-lane with Venomancer. It appeared that Valve’s founder was left alone in his efforts to take down the enemy barracks as his teammates decided to “pause for snacks,” which led him to throw his headset to the monitor like Puppey.

While calming down, Gaben slowly turns toward the fans while explaining how excited they’ve been to once again rally the Dota community under TI11 before saying his iconic line, “Welcome to The International.”

Though most fans were happy to see a tradition being kept alive, some were disappointed since Newell wasn’t present in the arena. Considering the recording even had subtitles, fans were also curious why the video couldn’t have been played on Oct. 20 when the main event kicked off.

With TI11 starting in a venue that wasn’t fit for the event’s spirit, many pros and fans criticized the organizers for their production choices. Despite not addressing the concerns, Valve has been trying to make everything right for the fans with free giveaways and promises of new content like the Cave Johnson announcer pack featuring J. K. Simmons.

The welcome video may have been recorded after the first part of the main event ended, as fans were vocal about how disappointing it was to see a tradition getting ignored. Fans are still happy that Valve still showed an effort for them, and the developer may just be taking notes on what not to do in TI12, which can help the event return to its former self in terms of quality.