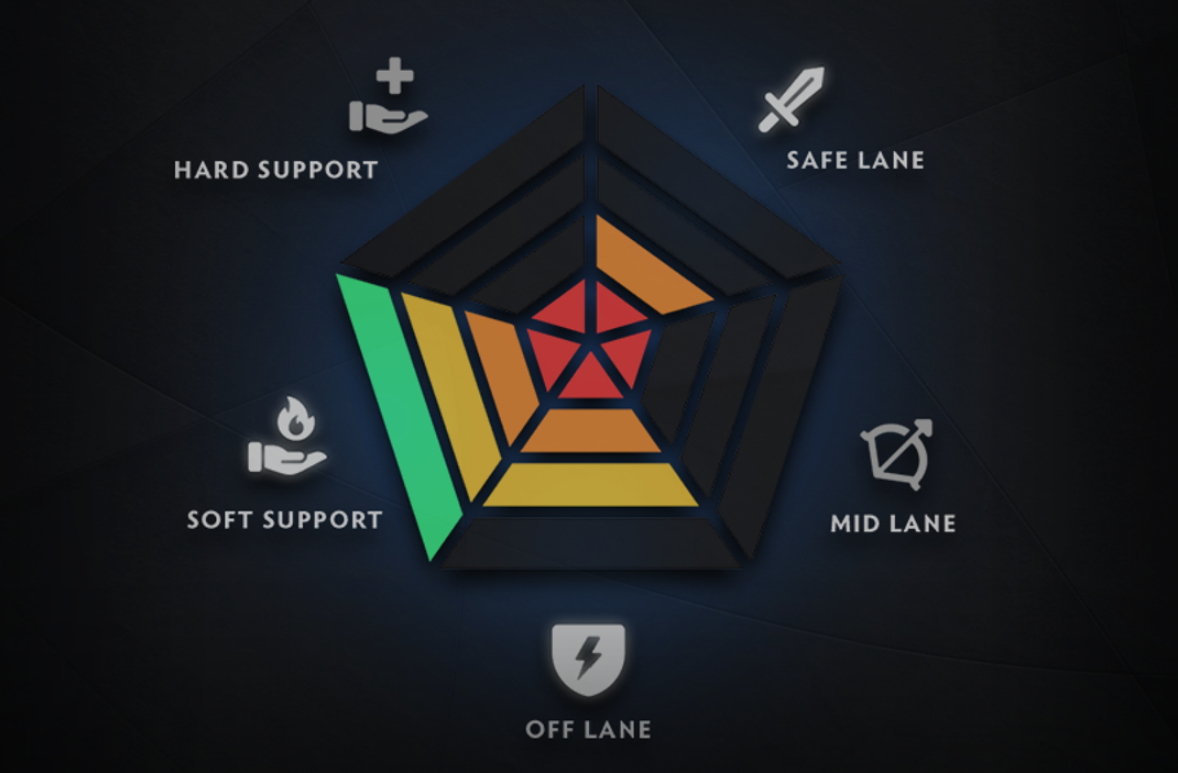 Valve has implemented another change to the Dota 2 matchmaking system, this time focusing on pushing players into queues based on combination role performance and overall MMR.

The main change here is removing the Core/Support separation with a new single rank badge system that adds built-in handicaps for each role based on the individual performance of a player when they are active in a role.

When jumping into ranked matchmaking, players will choose their role and the system will take into consideration the player’s different performance levels between various roles, with each win and loss modifying the single rank. When a player queues up for a role that they have seen some success with, or what the system views as their “best role” the matchmaking process will involve the player’s full MMR score and match them with higher-level players.

Likewise, when a player queues up for a weaker role, the matchmaking system will place them into a lower MMR match, with players more likely to play at the expected level.

Once you actually match into a game, you will be able to see the badge level of each player for the role they are playing, which will give you a pretty good idea of what data was used to put the match together. Regardless of which role you actually put in for and play, the results of the match will affect your full MMR value alo9ng with the role’s badge.

Starting out, your badge levels for each role will be calculated based on the previous Core/Support system over the last 100 games you played before the update. You can view the progress and track your performance for each role in the Role Queue menu.

This change from overall MMR ranking to the relative performance of individuals in a role is a smart change that will take some testing to really work out, but it seems like this has been what the last six months of updates have been leading to.