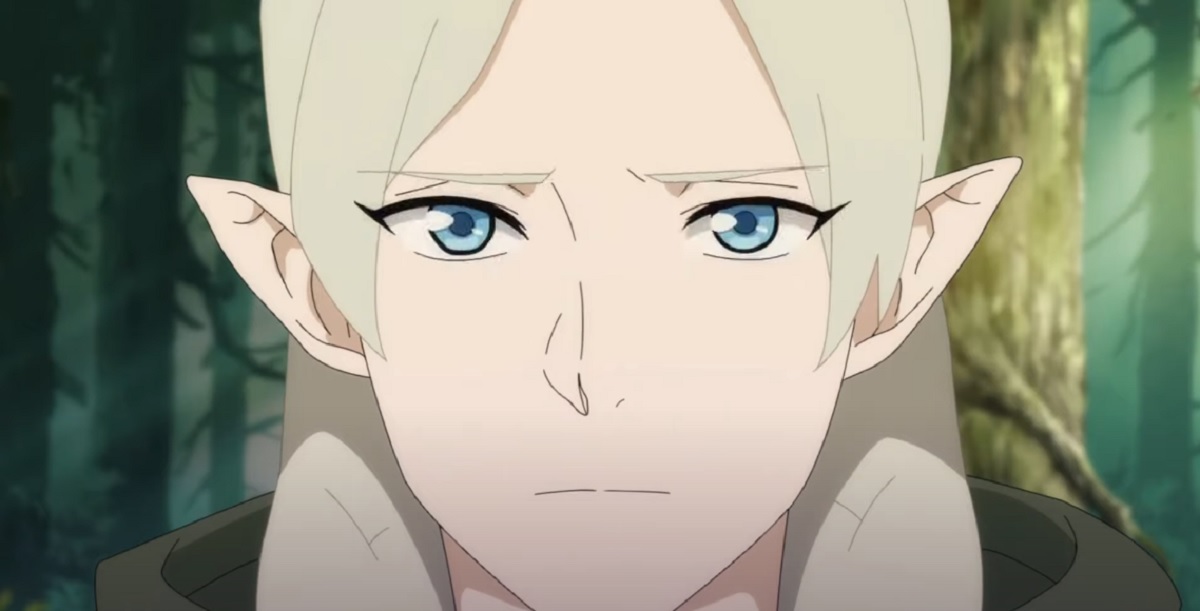 The Dota 2-inspired animated series, Dota: Dragon’s Blood, has been a mirror of the game’s lore since its release in 2021. Not only does the show do an excellent job of portraying Dota 2’s lore origins, but it also introduces quite a few new characters to the game’s story, like Filomena and Fymryn.

Considering Marci, one of the newest Dota 2 heroes, was first introduced in Dota: Dragon’s Blood, Dota 2 fans wonder whether Fymryn can be the next new character in the game. Fymryn has been an incremental part of Dota: Dragon’s Blood’s storyline since the first season. Throughout her thrilling adventures, Fymryn transitioned from being a mere elf to a goddess.

Could Fymryn from Dota: Dragon’s Blood be the next Dota 2 character?

Who is Fymryn in Dota: Dragon’s Blood?

Fymryn is the reincarnation of Mene in Dota: Dragon’s Blood. She starts off the series as an Elf originating from Coedwig. Fymryn’s simple life changed as she decided to put her unique abilities to use and fulfill a prophecy that would bring Mene, the former goddess of the moon, back to life.

A limited number knew the fact that Fymryn would turn into Mene of characters in the show. Invoker and Terrorblade.

In a conversation between Terrorblade and Invoker, “And, the girl?” Terrorblade says, implying Fymryn. Though Invoker tries to hide the details, Terrorblade states that he knows her true name, Mene, and the place she occupies in Invoker’s heart, meaning the wizard cares for Fymryn like her daughter, Filomena.

Why did Fymryn steal the lotuses in Dota: Dragon’s Blood?

A small number of elves continue to worship Mene instead of Selemene, and there’s also a prophecy that would bring the former goddess of the moon back to life.

“When the Invoker lays down the Lotuses of Mene on the Earth, Mene will return.” To turn this prophecy into reality, Fymryn steals Mene’s Lotuses from Selemene and brings her to Invoker in Dota: Dragon’s Blood’s first season.

Who is Mene in Dota: Dragon’s Blood?

Yes, during Dota: Dragon’s Blood’s third book, Fymryn officially became Mene. Before becoming the goddess of the moon, the elf refused the role once but soon realized that she had no other choice.

What are Fymryn’s abilities and skills?

Throughout Dota: Dragon’s Blood, Fymryn was seen demonstrating the abilities above. Shapeshifting and camouflaging allowed the elf to run dangerous errands, she was able to go head-to-head with Terrorblade thanks to her illusions.

Fymryn teleportation has only been good for short distances in the show, and it’s more similar to blinking abilities in Dota 2 that are seen on heroes like Anti-Mage and Queen of Pain.

Is Fymryn the next Dota 2 hero?

Fymryn has a high potential to become the next Dota 2 hero. Throughout the show, she has showcased the strength of her powers multiple times, and she’s also an essential part of the lore.

Fymryn became Mene during the third book, which means she is directly tied with heroes like Luna, Mirana, and Invoker. Her being Mene’s vessel can also allow Valve to get creative when it comes to her abilities.

If Fymryn was ever to become a Dota 2 character, she could start off a match as an elf and slowly transition into Mene, the goddess of the moon. She can be a decent agility carry since she can teleport/blink and create illusions. These two traits are commonly seen in existing examples like Phantom Lancer, Anti-Mage, Terrorblade, Naga Siren, and Faceless Void.