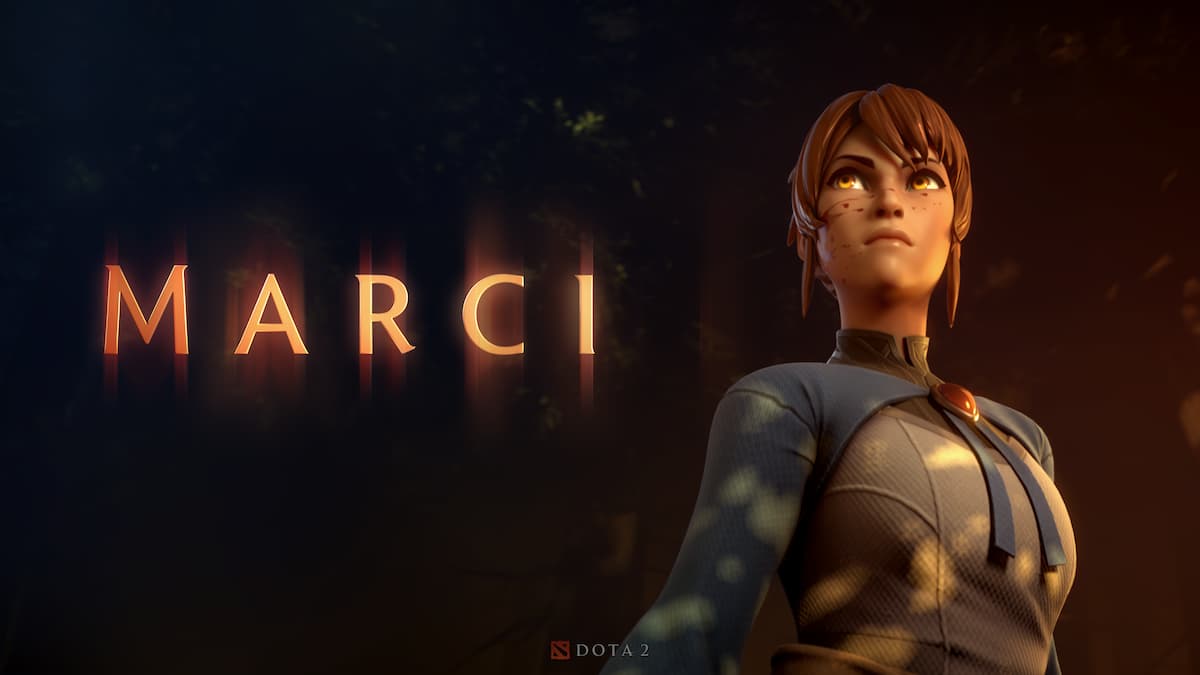 During the International 10, Valve announced that Marci from Dota: Dragon’s Blood would be Dota 2’s next hero. Though Valve promised a release before the end of fall, not many fans expected Marci to hit the live servers out of nowhere in October.

Mirana’s badass sidekick in the animated series is now available as a playable character in Dota 2. Valve describes Marci as a loyal person who “always marches into battle-ready to raise fists in defense of her companions.” Despite looking harmless at first glance, Marci was able to take down enemies twice her size in Dota: Dragon’s Blood, and it looks like her kit in Dota 2 will also allow her to do that in the battle of the Ancients.

What are Marci’s abilities?

What is Marci’s role in Dota 2?

Considering Marci has just come out, it’s gonna take a while for players to find her a suitable spot in the meta. Marci’s skills are diverse enough to allow her to fit into most of the roles in the game, but from a first glance, the chances are she might settle into the meta as a position three or four heroes.

Despite having abilities that can allow her to scale into the late game in terms of damage, her potential as a utility hero seems higher with her movement tools and Sidekick ability.

What’s the best build for Marci in Dota 2?

The best item build for Marci will depend on quite a bit on how you’re planning to play the hero. A core Marci will have to build differently than a support, and considering the hero just came out, players will need some time to decide on the perfect items to pick up for Marci.

This should only take a few days, however, since most competitive players start spamming the new heroes as soon as they become available. Keep an eye on the builds part of the in-game shop since dedicated build authors in the Dota 2 community always try to help the players in their journeys.

How should you play Marci in Dota 2?

Most heroes have a specific playstyle that they’d like to adapt throughout a match. Marci’s abilities give away that she may be better off being played more aggressively since she has the necessary tools to turn up the heat in any laning setup.

Pairing Marci up with heroes that can quickly burst down enemies or compliment her ability to lock enemies down can yield better results. Axe, Magnus, Weaver, and Batrider are some of the heroes that can do well in a lane alongside Marci since they’ll be able to pile on enemies that Marci catches off guard.

Even if you don’t end up rotating around the map with Marci, it’ll always be a wise idea to keep a teleportation scroll on you just in case one of your teammates gets dove under their tower. It’ll be tough for the enemy players to abort their tower dive mission after Marci joins the fight since she’ll be able to keep them in place and make it difficult for them to return to safety.