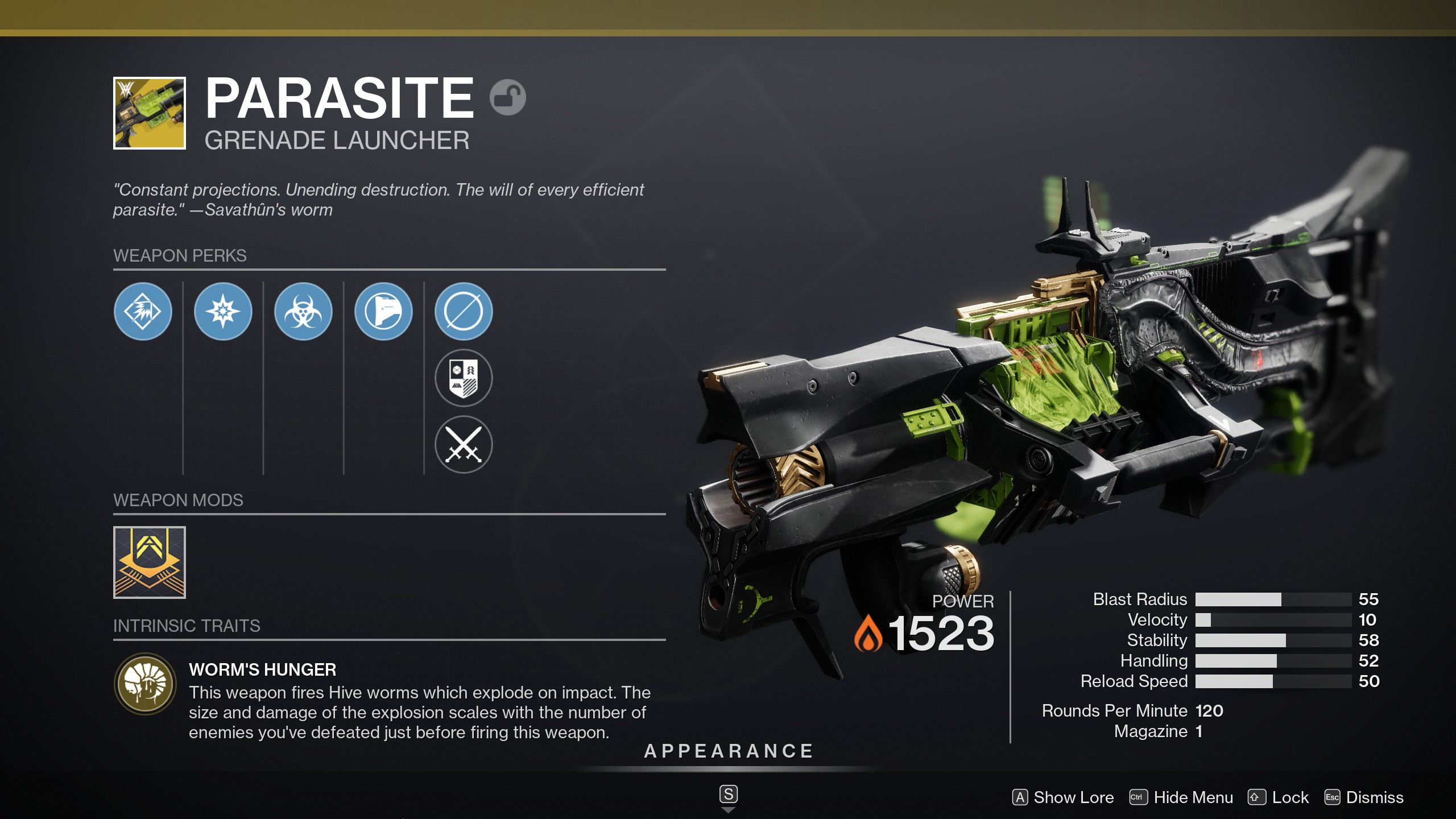 Your journey doesn’t end at the completion of The Witch Queen campaign, guardian. The latest expansion for Destiny 2 is one of the deepest in the game’s history, and plenty more activities open up after the final mission is beaten.

One of these is an Exotic Quest to unlock Parasite, a grenade launcher with the Worm’s Hunger. Parasite fires a single Hive worm that explodes on impact, with the worm’s explosion size and damage scaling with the number of enemies you defeat just before firing it.

Rapidly defeating enemies applies up to 20 stacks of the Worm’s Hunger buff, which increases the damage and size of the worm’s explosion. It’s great for dealing massive damage to a boss after rapidly defeating multiple normal enemies beforehand, especially since the buff doesn’t appear to go away or decrease over time.

Here’s how to get your own Exotic worm launcher for yourself.

How to get the Parasite grenade launcher in Destiny 2: The Witch Queen

After you complete the campaign, talk to Ikora at the Enclave on Throne World to unlock a handful of new activities. One of these is the Of Queens and Worms quest. Start this quest by talking to Queen Mara Sov in the room behind the Relic where you shape weapons.

She will unlock a new Strike for you to complete, Birthplace of the Vile. After completing it, talk to Fynch, who will task you with finding a Cryptoglyph Rune within the Temple of Cunning. Follow the waypoints through areas that should be familiar to you from the campaign, defeating enemies until you find the Rune after defeating a Hive Guardian boss.

Then complete the following steps in order:

Parasitic Pilgrimage is the final mission in the Of Queens and Worms quest and will reward you with Parasite at its completion. Here’s how to beat it.

Congrats! You now own your very own worm launcher.