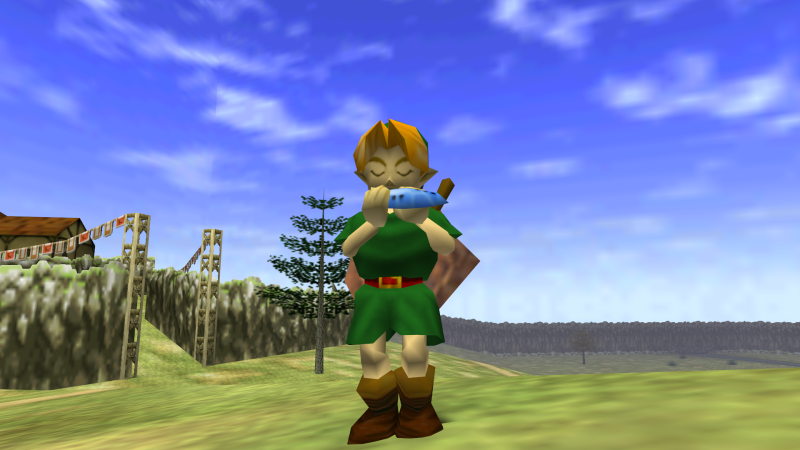 Katun24, a Twitch speedrunner, has completed The Legend of Zelda: Ocarina of Time blindfolded, in one sitting, to claim the world speedrunning record.

Katun24 completed the game blindfolded without using any known glitches in-game in a single segment in just under 17 hours with a time of 16 hours 57 minutes. He did all of this without pausing once and without taking his blindfold off for the entire period.

This isn’t the first time that the game has been beaten blindfolded. Speedrunner Drew “Runnerguy2489” Wissler completed all the child dungeon levels blindfolded at AGDQ back in 2015 before spending weeks 100 percent completing the title for charity on June 2017.

The speedrun itself is an endurance test for any player. Runners need to find their way around the world, reminding themselves of all areas they have visited, items they have collected, and patterns for every boss and enemy over a long period of time. This makes the speedrun mentally exhausting in the later stages of the game.

“This was a one-time run,” Katun79 said on the Speedrun Reddit board. “Grinding a category this long and exhausting requires an insane amount of motivation which I don’t have.”

In order to maneuver himself through the game’s vast world, the speedrunner uses the sounds that Link makes while walking, as well as sounds within the world to find his location. He also uses a series of game mechanics, such as the game’s Z-target system, which allows him to lock onto enemies or important objects to get where he needs to go.

Katun24 doesn’t see himself returning to the category in the future, however. But he does believe that if a person practiced hard enough, the world record could drop to the ten-hour mark with ease.