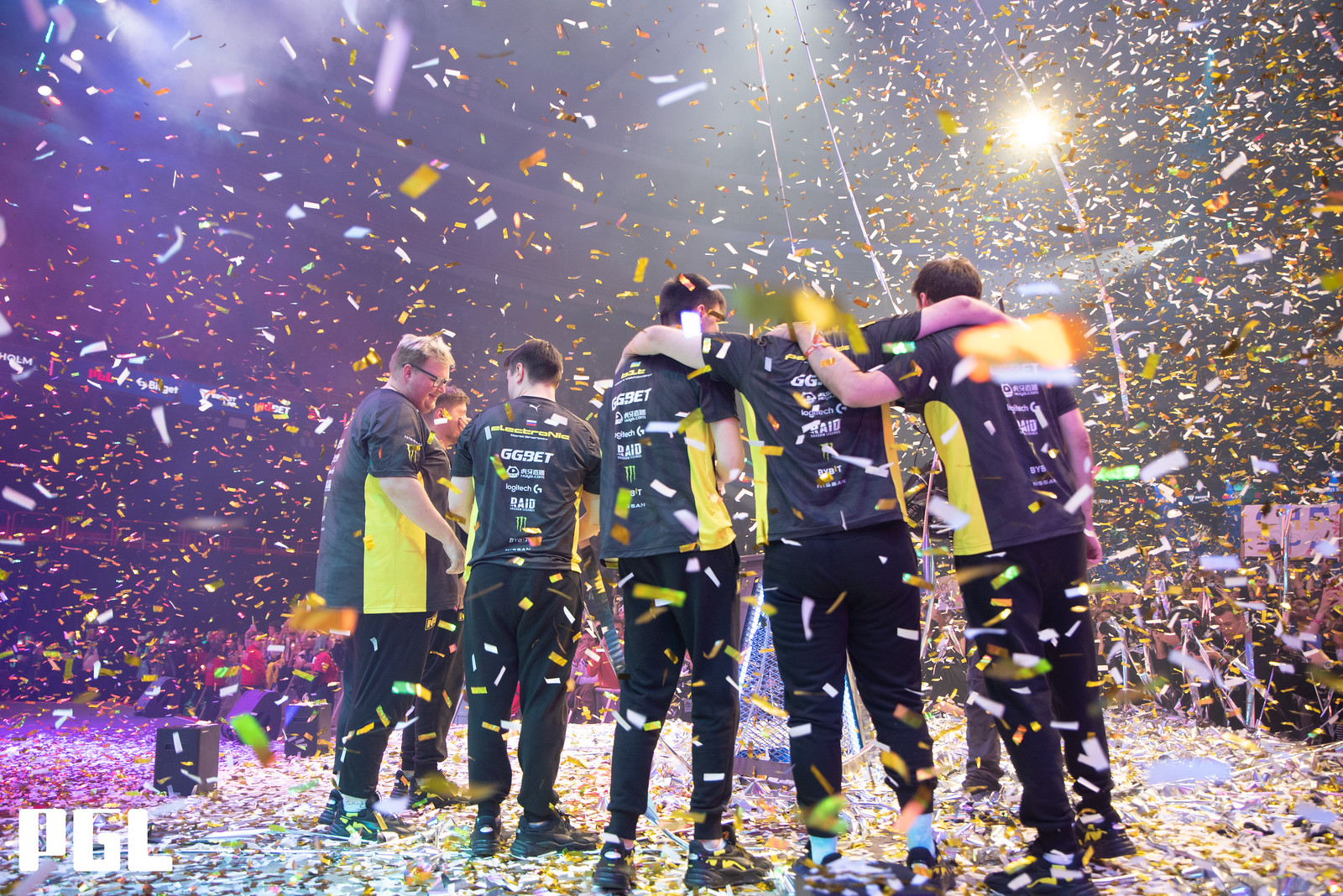 It’s just now setting in that the first CS:GO Major in over two years has ended. Many fans hope there won’t be another two-year delay until the next Valve-sponsored Major and an exciting post-Major roster shuffle is already in the works.

But before we look ahead to the near future of CS:GO, we have to look back at the glorious return to crowds that took place at the PGL Stockholm Major. Specifically, we’re going to look at two winners and losers from this historic event.

This is probably the most obvious entry on this list, but this triumph needs to be talked about some more. So often in traditional sports and esports, great players miss out on the elusive trophy that represents the ultimate accomplishment in their game.

Prior to Stockholm, s1mple had reached the playoffs of seven different Majors between three different teams, including two grand finals losses. Over time, the question shifted from “when would s1mple win a Major?” to “will s1mple win a Major?” It was never a concern about his talent and abilities, it was just a matter of putting the right team behind him.

Over time, the right pieces were finally added, starting with the ultimate co-star in electronic, then a reliable in-game leader that could also entry in Boombl4. Perfecto was the perfect selection to play the support/lurker role, then the 18-year-old rookie b1t joined the main roster and made an immediate impact. This team came into Stockholm in the best form of anyone, with the game’s best player, and are now set up for sustained success over the next few years.

For the first time since PGL Krakow 2017, not a single North American player or team reached the playoffs of a CS:GO Major. This isn’t the case if you consider FURIA a North American team, and they did top the NA RMR rankings to reach Stockholm, but they’re a Brazilian org with all Brazilian players who only played in NA because it’s much more appealing than South America from a Major slot status.

This is almost a poetic result of the significant fall-off of North American CS that’s been happening since the start of the pandemic. Several of the formerly prominent NA CS organizations have moved on, including Cloud9, 100 Thieves, Gen.G, and Chaos E.C. Many of the game’s big names and rising stars left for new pastures in VALORANT.

Before this Major even ended, NA took another big hit when Evil Geniuses announced that it’s benching most of its starting roster after a 0-3 run in the Legends Stage. The last remaining NA bastion of top-tier CS, Team Liquid, looked uncharacteristically shaken in Stockholm, going 1-3 and getting bounced by former member Twistzz and his new friends at FaZe. Now, reports are surfacing that both Stewie and FalleN are “evaluating their options” ahead of a potentially big 2022 NA shuffle. It’s a bleak short-term outlook for NA right now.

For the three Danish teams that attended the PGL Stockholm Major, it’s a bright future ahead. Yes, Astralis didn’t repeat as Major champions and didn’t make it out of the Legends Stage, but perhaps that’s a sign that the changes they ultimately made before the playoffs were necessary. Now they have a young AWP star in Lucky they can continue to cultivate and two tier-one ready contributors in k0nfig and blameF looking to get back to winning Counter-Strike. Along with the proven veterans in Xyp9x and gla1ve, there’s an aura of excitement around the next era of Astralis.

But they’re not alone in the optimistic camp. Heroic came into Stockholm with some doubts after poor showings at the first post-pandemic offline events, amidst the drama caused by former coach HUNDEN effectively accusing the team of cheating with him. But Heroic showed something special with impressive performances in all three stages, especially in the playoffs with their win against Virtus Pro and their near-victory over G2.

Lastly, Copenhagen Flames were one of the big surprises of the event after barely qualifying for the tournament via a multi-overtime narrow win over Team Fiend at IEM Fall. They shocked most pick’ems with a stunning 3-0 record in the Challengers Stage and were just a couple rounds away from a monumental upset over NiP in the Legends Stage that would have put them in playoffs. The players themselves may find new contracts with a new org going forward, though. Dexerto has reported that Copenhagen Flames is asking for a half-a-million-dollar buyout for the roster.

Losers: The people using the success of the Major to needlessly trash those who switched to VALORANT

It took less than six hours after the trophy was raised for someone in a top management position of one of CS:GO‘s biggest tournament organizers to hop on Twitter to make false claims and bash former CS:GO stars who switched to VALORANT.

In this tweet, ESL VP of product development Michal Blicharz took it upon himself to take a needless shot at some of the big names who have switched titles over the past year and a half. This includes several players who have competed in or won ESL events over the years, whose names and star power have drawn viewers to said events, like Nicholas “nitr0” Cannella, Adil “ScreaM” Benrlitom, Ethan Arnold, and Oscar “mixwell” Cañellas Colocho.

Good-hearted banter between the CS:GO and VALORANT scenes is expected and can be fun, and well-meaning criticism of how each game handles its esports ecosystem and gameplay changes should be welcome. But this just comes across as an unwarranted cheap shot at an entire player base made up of several names whose presence at big events helped ESL become what it is today.

Additionally, no one has ever said that CS:GO was dying, even during the pandemic stage. In fact, CS:GO has reached a peak of one million active players during seven different months since the emergence of COVID-19. But what could die is the willingness of some of these VALORANT pros to consider a return to CS:GO if this is what a representative of one of the game’s biggest TOs thinks of them.