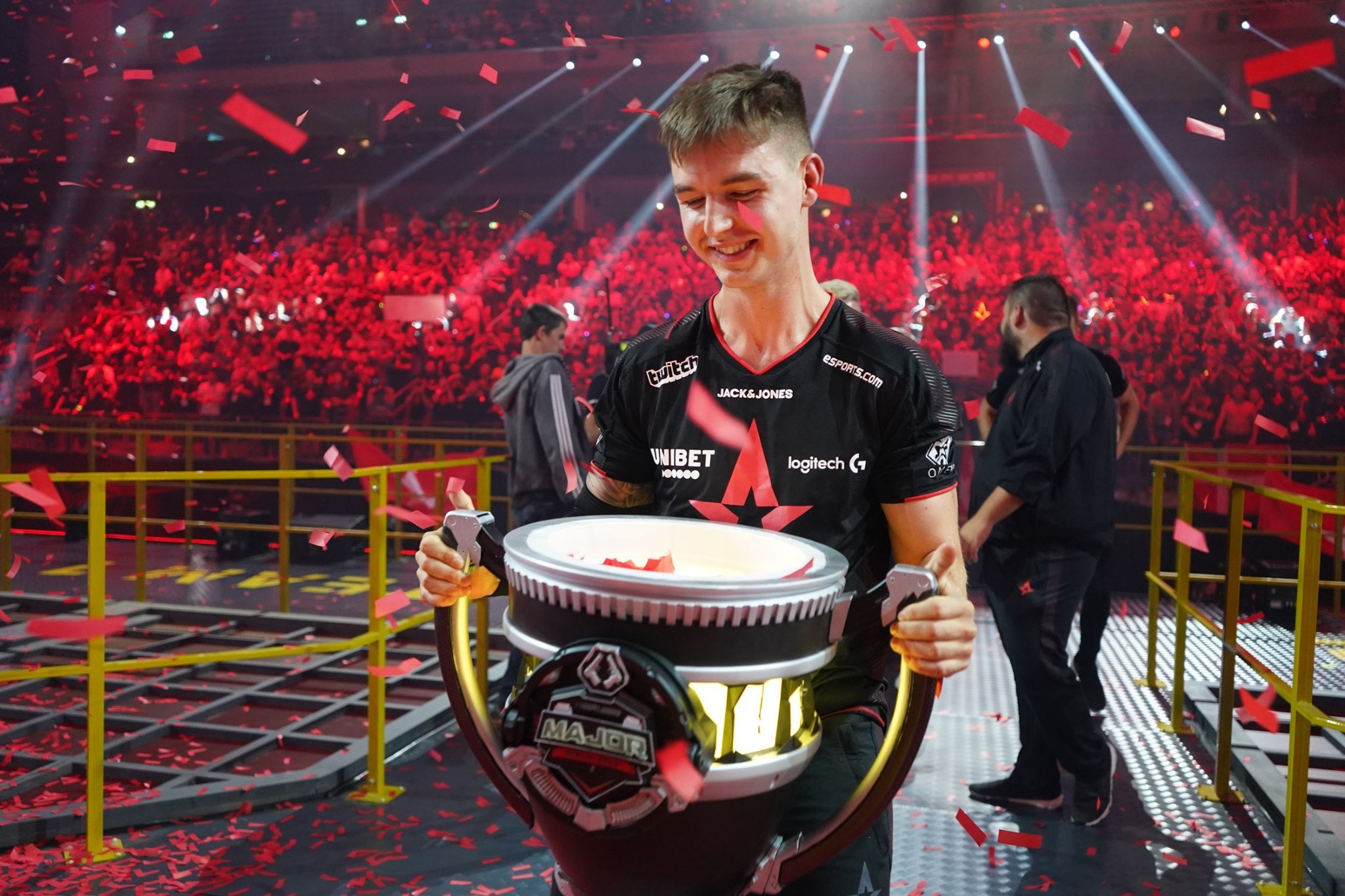 The news came suddenly and spread like wildfire. A move of this caliber is usually preceded by some form of a leak: a press release sent early, a media asset tweeted accidentally, or an insider sharing details.

But in this moment, in the early hours of April 23, the world of professional Counter-Strike was turned on its head with a stunning development. Four-time Major winner and the focal point of Astralis, Nicolai “dev1ce” Reedtz, was acquired by Ninjas in Pyjamas.

It’s not an overstatement to say that this is perhaps the most significant CS:GO transfer of all time. Dev1ce isn’t the first star player to switch teams, but no player as accomplished and so ingrained in the rich history of a single roster has made this kind of move.

Here’s what we think this historic roster change means for one of the game’s most legendary snipers, as well as the short-term and long-term futures of both Ninjas in Pyjamas and Astralis.

This move was made possible for the most part by the man himself, dev1ce. The 25-year-old has been living in Stockholm, Sweden, where NiP is based, for some time now. The COVID-19 pandemic has passed its one-year mark and dev1ce took into consideration where he wanted to be when it’s all wrapped up. When the world gets back to normal and travel resumes in the CS:GO esports landscape, it’s important for him to have his team and his family in the same spot.

Dev1ce himself brought on the LeBron comparisons and looks to replicate King James in his next step. “Just see what LeBron James achieved with the Lakers for instance, and with the Major in Stockholm coming up,” he said. “To bring that home to Sweden is my No. 1 goal.”

In the press conference that followed today’s announcement, dev1ce said that NiP was really the only team he was considering post-Astralis. The rising group of talent that makes up the current NiP roster was a big draw for him, as was the notion of playing for such an iconic organization.

“I’m really hyped about this young and exciting NIP project,” he said. “To join one of the most successful organizations, where so many legends have played, inspires me.”

Apart from players past and present, he was also impressed with NiP’s dedication to both mental health and the mental aspect of the game. This was a weak point for Astralis when the organization was first formed in early 2016. Dev1ce is confident that between his experience and NiP’s resources, the CS:GO roster can adopt a “winning culture” going forward.

The winners of this move, obviously, are Ninjas in Pyjamas and its young roster. The history of NiP in Counter-Strike is a fascinating tale of highs and lows. It includes going from their 87-0 LAN map record and a Major win at ESL One Cologne 2014 to years of contention and a few landmark wins while constantly rotating in a new fifth, followed by slowly parting ways with legendary players while trying to move forward.

This new trio, along with the already signed Fredrik “REZ” Sterner and Nicolas “Plopski” Gonzalez Zamora, was a solidly built foundation and they were already posting some promising results this year. They finished at the top of their group and earned a semifinals appearance at ESL Pro League with wins over Vitality, FaZe, ENCE, and Complexity. They also came in second in their group and picked up a BLAST Spring Finals spot at Spring Groups, which began with a win over dev1ce and Astralis.

Dev1ce’s move to NiP does mean that nawwk is going to be on the transfer list. It’s an unfortunate circumstance for the young player but it’s worth it for NiP because of what dev1ce brings to the team: consistent, reliable AWP play. Nawwk has played well enough that NiP should get some decent money back after reportedly spending $1 million to acquire dev1ce from Astralis.

Dev1ce signed a three-year deal with NiP. And with such a young roster already competing at a high level (ranked No. 11 on HLTV at the time of signing), the next three years should be fruitful for NiP.

The Danes are down, but not out

It doesn’t take a top analyst to point out that losing dev1ce doesn’t help Astralis’ chances of winning. The team has already looked a step behind in their 2021 campaign and losing their focal point at the AWP position is another big hurdle they’ll have to try to overcome.

Astralis won’t fall off a cliff by losing dev1ce, though. They still have a top-10 talent in magisk, one of the best in-game leaders in gla1ve, and two sturdy veterans in dupreeh and Xyp9x. But they have to make a big decision in terms of trying to replace dev1ce—and they have to consider both the short-term and long-term approach.

Even by bringing in a reported $1 million in the dev1ce transfer, no team can afford to be stagnant in Counter-Strike. The easiest and clearest short-term option for Astralis is to make Lucas “Bubzkji” Andersen a starter. He’s still only 22, already under contract, and his dip in form can be tied to him not getting enough playing time. He’s only played two maps all year and 17 total since joining Astralis in August 2020.

But he’s not an AWPer. And with dev1ce gone, Astralis now have a need for some sniping. Astralis could re-enlist Jakob “JUGi” Hansen, a free agent who stepped in for them in 2020. They could follow NiP’s course by going younger, too. Kristoffer “kristou” Aamand is only 19 and available for transfer after North ceased their operations.

Astralis don’t necessarily have to only target Danish players, either. There are some big AWPing names available, like Kenny “kennyS” Schrub, Özgür “woxic” Eker, and Ladislav “GuardiaN” Kovács. They could even get nawwk, which would be kind of poetic.

From a legacy standpoint, Astralis’ core players don’t have much to prove as individuals. They’ve each won either three or four Majors and without any player being cited as the sole reason for their success. But while dev1ce brought up LeBron in his NiP announcement, his next step more closely mirrors Tom Brady.

Now we get to see dev1ce in a new situation, while Astralis navigates new waters. In Brady’s situation, his old team struggled while he immediately went on to win another Super Bowl with Tampa Bay.

Can Astralis avoid falling behind and can dev1ce deliver Sweden a hometown Major while ending his old side’s streak? We’ll have to wait for Stockholm in October to find out.