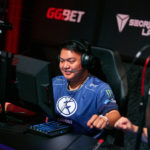 It’s hard to sugarcoat 2020. Though the year started off with high hopes and dreams like any other, the world soon found itself facing a pandemic.

Considering LAN events were the pinnacle of each title’s competitive scene, a year without them felt strange to most fans. CS:GO was perhaps one of the most notable titles where players were feeding off the crowds’ energy, and their absence pushed down the scene to a state it has never experienced before. There were always online events, but almost all of them were seen as tickets to LAN events that wouldn’t be there anymore.

One of the main reasons why CS:GO events draw in so many viewers is that the game’s genuinely a spectator title. This means that even a person who has never played Counter-Strike will still be able to tell what’s happening during a CS:GO round. This attracts mass amounts of casual viewers in addition to die-hard fans, increasing the overall viewer count.

Millions of fans may haven’t been able to go berserk over the best CS:GO plays in 2020 in stadiums, but they were surely moved from their seats, and Twitch chat was flooded with countless PogChamp emotes.

Here are the best CS:GO plays and moments that occurred throughout 2020.

The odds are with Na’Vi, or are they?—Na’Vi vs. Team Vitality: Grand Finals of IEM Beijing-Haidian 2020 Europe

Statistically speaking, each CS:GO round is always winnable for either team. There will always be an opportunity to turn things around, but it doesn’t happen too often when you’re in a one-vs-four situation.

Having the numbers advantage may cause casual players to take things a bit easier on pub matches, but Na’Vi were playing the round by the book during the grand finals of IEM Beijing-Haidian 2020 Europe against Team Vitality’s ZywOo, a player considered to be one of the greatest even though 2019 was his first competitive year on the highest stage of CS:GO.

Not only was ZywOo the last player on his team alive, but he was also brought down to less than 10 HP by Na’Vi’s electronic, who died shortly after ZywOo sensed his presence. The desperate situation that ZywOo was in could be felt through caster Alex “Machine” Richardson’s tone, but ZywOo suddenly started landing headshot after headshot.

ZywOo fired his pistol a total of six times during this clip, and four of them resulted in headshots—simply an exceptional show of his accuracy.

Jump scares have been the number one tool of horror games to catch players off-guard. You’d expect CS:GO to be free of them, at least for professional players who know the ins and outs of every map in CS:GO.

This wasn’t the case for GODSENT during day six of DreamHack Masters against Mousesports, however. Mousesports’ Bymas was ready to ruin GODSENT’s plans with his perfect positioning around the ramp push.

Bymas quickly took down two players from GODSENT as they walked into his line of sight, but he was brought down to 12 HP during the process. Knowing how low Bymas was, a third player tried his chance to bring him down, but he was also quickly shot down by Bymas’ Deagle.

Running out of bullets, Bymas took a couple of steps back with a fourth player on his trail. Bymas successfully took down the fourth member of GODSENT with a single tap, and his smile lit up the dark room he was playing from.

You have to pray as fast as you’re spraying to pull off a play like this—Na’Vi vs. Astralis: IEM Katowice 2020

The number one tip that any experienced CS:GO player will give to beginners will be how important it is to stop spraying. The tapping method is surely more accurate, and you’ll only decrease your odds of landing shots by spraying without any plan.

Given how true it is, there will always be moments that you’ll need to just spray and pray that your shots connect. This will happen more often if you run into the enemy team stacked onto each other, which is what happened to Na’Vi’s flamie against Astralis during IEM Katowice 2020.

Astralis were planning an organized push to a bombsite, but flamie was already there. Seeing five Astralis players casually walking through the door, flamie started shooting and secured an ace for his name. The fact that he pulled this off with a Galil in his hands, one of the weapons that have been up for constant debates whether it’s ever a valuable pick-up, makes this play even more admirable.

You shall not pass—Team Vitality vs. Fnatic: ESL One Road to Rio Major 2020

Being left on your own against four members of the enemy team is a scary thing, and only players with steady hands can potentially come out of a similar situation. You’ll also have a chance to hide and save your weapon, but that won’t get you any spotlight.

Team Vitality’s Shox was on his own against four members of Fnatic during ESL One Road to Rio Major 2020. With the bomb timer ticking against Fnatic, they were ready to swarm the B site with their numbers advantage, but Shox had other plans.

As Fnatic made their way into the site from two different directions, shox picked them off one-by-one, finishing the final member of the Fnatic squad with a no-scope.

During the 11th season of ESL Pro League North America, Evil Geniuses had the Swole Patrol squad backed into a corner. All they needed to do was pull off the perfect peak to secure the round.

EG’s CeRq was leading the push, but he was taken down quickly. Stanislaw also shared the same faith as him, leaving Brehze on his own. Though Brehze peeked the same corner as his teammates, it looked like he was more ready to face what was waiting for him, quickly killing Swole Patrol’s Zellsis, who was tearing apart the EG squad moments ago.

Brehze picked up two more kills, all from different angles, showing how precise and fast his reflexes were. Brehze’s clutch was vital in securing the round since he was able to make it just in time to defuse the bomb.

Shooting when you see an enemy player in CS:GO can be considered as a natural instinct. Though there’s nothing wrong with shooting instantly, you’d better make your shots count since there may always be more players around. There’s also a scenario when you hold your bullets and keep waiting to see how things play out. There’s a chance that you’re witnessing a push involving the whole enemy team, and you can get the jump on them by simply biding your time.

Cloud9’s motm showed how disciplined his trigger fingers are against Orgless during the first season of Flashpoint. You can sense how hard he was considering shooting Orgless’ yay as soon as he saw him walking, but he decided to wait to see if he could get a better chance. With FNS also following yay, motm decided it was time.

He quickly took down FNS and yay, turning a two-vs-four situation into a two-vs-two. Coming back from a numbers disadvantage is one of the more difficult things to do in CS:GO since you’ll also need to cover more openings.

Motm went onto secure two more kills, clutching the entire round to strengthen his team’s lead over Orgless.

Someone get him already—G2 vs. Team Vitality: BLAST Premier Spring 2020 Europe finals

Finding yourself in a situation where you’re by yourself against the whole enemy squad is one thing, but it’s a whole different story if they also know where you are on the map. Not only will you need good aim to survive, but you’ll also need to think quickly to make sure you’re ready for the next challenger that crosses your path.

G2’s Jackz was cornered by Team Vitality during the BLAST Premier Spring 2020 Europe finals, and it looked like his time was ticking out in the round. Though he was able to catch one member of the Vitality squad, the others quickly approached his whereabouts with high hopes of securing the round.

Jackz decided to stay on his feet against the oncoming threat and constantly moved as he secured kill after kill, bringing down everyone on the Vitality side. He had the moves and a deadly aim to secure the round, causing casters and millions of viewers to lose their minds in the process.