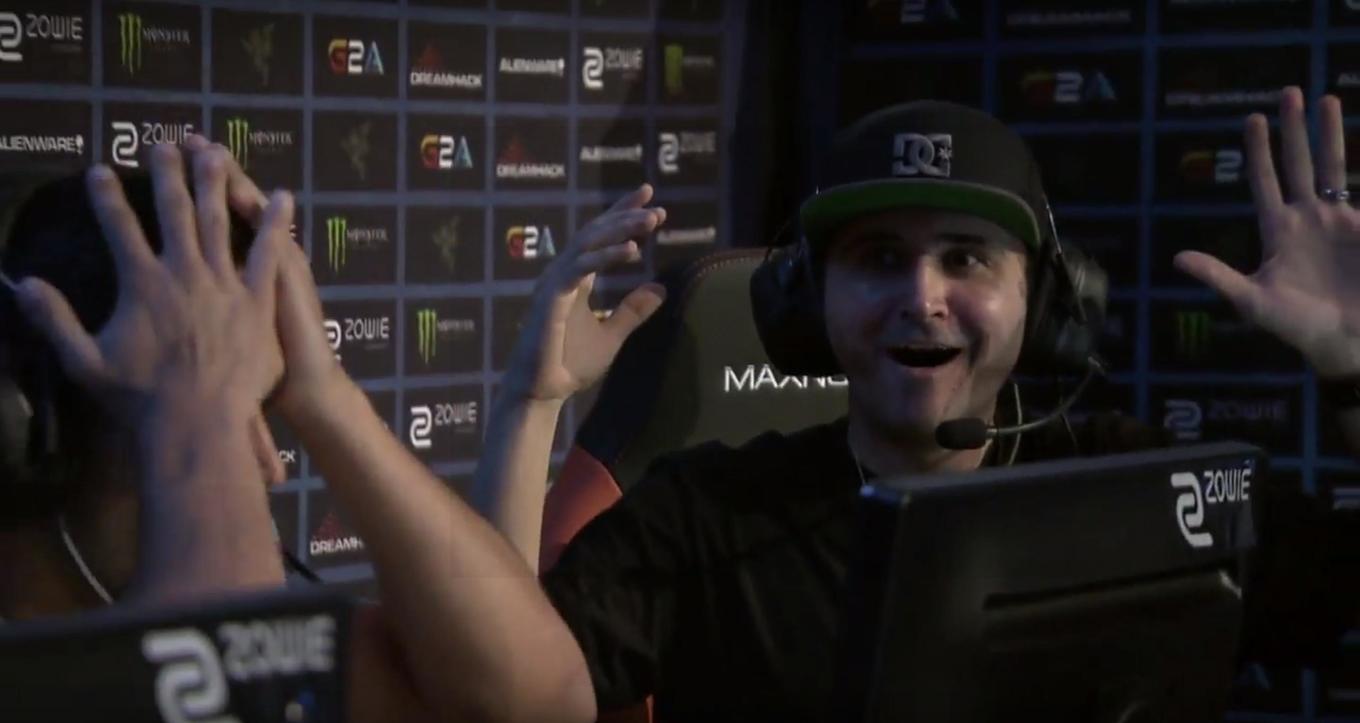 Popular Counter-Strike streamer Jaryd “summit1g” Lazar made a slight misstep in his debut tournament with Splyce today as he let a certain match point go up in flames.

After losing to reigning CS:GO major champs Luminosity Gaming yesterday, Splyce looked set to close out the first map on Train against CLG in the team’s second Group A match at DreamHack Austin.

After a series of well-placed trades, summit1g was left in a one-on-one against Jacob “Fugly” Medina—and was a bomb defuse away from taking match point for Splyce at 11-15.

Winning the duel with 40hp remaining, summit1g then looked across to his teammates to celebrate—then walked through his own Molotov on the planted bomb in the process of defusing. He promptly died.

That gave CLG the win and allowed them to come back into the game, which they ultimately won 19-15 in overtime. They also went on to take the second map, putting Splyce at the bottom of the group and eliminated from the tournament.

Understandably, the streamer was mortified by his misstep and during the interim break between maps tweeted a sadly prophetic: “If we lose this bo3 I’m never playing competitive CS again.”

People always ask me what the most embarrassing thing that’s ever happened to me was. Well now I can answer it.

Summit1g had been filling in on short notice for Andrew “Professor_Chaos” Heintz on the North American side, joining former Area 51 team-mate Arya “Arya” Hekmet.