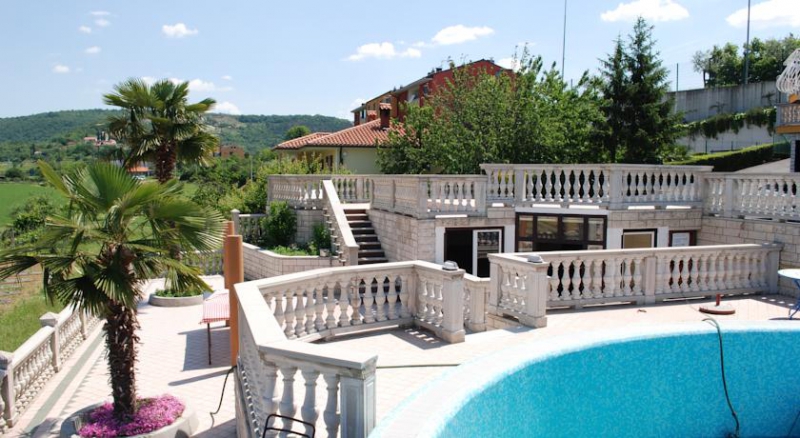 Yesterday we saw a French Shuffle. News came out that Scream will be replacing Maniac in Titan. Titan have been under performing for sometime. The French shuffle that happened just before ESL Cologne saw them get the raw end of the stick and all the star players of both the teams went to EnVyUs. Titan tried to make several changes in their approach to games. Maniac even quit his job in order to become a full time gamer.

However what matters most in esports and any competition is results. Titan just didn’t get them. We saw Titan yet again moving out in the Group Stage of ESL One Cologne. That was a 13th – 16th finish for them. Considering the quality of players in the team, that is definitely a bad finish for such a talented lineup.

At Gaming Paradise, they secured a third place finish. But Gaming Paradise was marked by innumerable problems for various teams. They almost cancelled the whole event, before the players decided they wanted to play it out. It was in short, complete mayhem out there. I wouldn’t count this result as a victory mainly cause other teams probably didn’t care by the time the matches were played out.

ESL Dubai was the next tournament. This tournament saw Titan placing 6th out of 8th. This tournament was an important tournament, mainly cause of the fact that almost all the big teams were attending this LAN. Titan on LAN seem to have some significant issues. I don’t know if the calling goes bad during LAN ( Ex6tenz) or just mental blocks for individual Titan players.

Overall Titan haven’t been able to secure the results that they need in order to progress as a team. Earlier it was blamed on Maniac , cause he works full time and he could not devote much time for team practice. Manaic solved that issue by quitting his job. However even that definitely didn’t help the team, although his personal game improved by leaps and bounds. But Titan were definitely on a downward spiral, losing or going real close against Tier 2 teams. We also have seen Dignitas beat Titan time and again.

So yesterday, on the 23rd of September the news broke out that Titan are cutting Maniac and adding Scream into their Roster.

It is with great respect and appreciation that we today say goodbye to Mathieu “Maniac” Quiquerez. Mathieu has been with us for more than a year, and has since been a valued member of the team through all its ups and downs.

It is time, however, to look forward and build a lineup that can compete on the highest level, and to that effect we will be bringing in Adil “ScreaM” Benrlitom.

« Titan was making a roster change and made me an offer, one which I accepted with enthusiasm. Before Kinguin, I played my whole career with French players and I believe this is where I belong! I’m really excited to start playing with my new teammates! »– Adil “ScreaM” Benrlitom

« After one year of great collaboration, my adventure in Titan has come to end. I could not adapt myself quickly enough and find my place in the new line-up. Shox does everything I used to do but he does it better. I truly respect and acknowledge this decision. I will learn from my mistakes, bounce back and come back stronger. I am absolutely not done with professional gaming. Expect to hear from me very soon. Thank you for your endless support. » – Mathieu “Maniac” Quiquerez

Next up for Titan CS:GO will be DreamHack Open Stockholm September 25th, and we would like to thank G2.Kinguin for making this roster change possible with such short notice.

We wish Mathieu the very best in his future endeavors, and thank him for all his dedication and hard work. For full statements see Maniac’s facebook and ScreaM’s facebook.

Today my adventure with Titan has come to an end. I have spent a wonderful year with ups and downs but mostly incredible emotions. Everything comes to an end and it’s time for me to close this page and begin a new chapter.

As I’ve always been as honest as possible with you I want to let you know how the decision was made. Bringing shox & SmithZz to the team had a lot of benefits for the team. They boosted Titan and their experience is extremely valuable. Unfortunately a side effect of their addition was that our balance changed. Roles were scrambled. Basically when shox arrived he took the role I used to have. I used to play autonomously, as a lurker mostly, and help Ex6TenZ in the tactical choices during the game. Let’s face it; he does it better then me. There is nothing I can say about that. Shox is an outstanding player and I can only understand that he was given that role. I could not find my place in the new line-up. I took way to long to adapt. My confidence sank and so did my level. This was the clear signal that I lost contact with my game.

I’m feeling like I failed and honestly, I did. I was given an opportunity and I couldn’t seize it. I have been overconfident in what I was bringing to the team and I took way too much time to question myself and try to find my place. This is my mistake and I acknowledge it fully. Now I have to do what grown up do when confronted with failure. I have to accept it, deal with it, and use it as fuel to bounce back and never do the same mistakes again.

Let me assure you that even though I am sad and disappointed of myself, my motivation is as high as can be. I despise taking the role of the victim and rather than crying under my blanket I want to see this experience as a challenge. I will spend all my energy left to fight my way back and finally be part of the very top.

I want to keep pursuing my CSGO career. My first objective is to find a new team and keep competing at the highest level. Should that not work I would still be a part of the community. If I am not to be a player anymore then I will be a coach, a caster or even a streamer. This community – you guys – has given me way too much for me to just leave now when faced with a disappointment. You will hear from me again. I can promise you that.

This may come as a surprise, but I will no longer continue the adventure with Gamers2. The atmosphere in the team was getting increasingly worse, with people not having fun playing together. However, please trust me when I say that I wouldn’t have taken the decision to leave had there been a way to solve the situation

Titan was making a roster change and made me an offer, one which I accepted with enthusiasm. Before Kinguin, I played my whole career with French players and I believe this is where I belong! I’m really excited to start playing with my new teammates!

I wish Maikel, Howie, Dennis and Ricardo all the best for the future, and I want to thank Gamers2 and Kinguin for everything they have done for us, Carlos is such a great guy and boss. I had a really good time playing in an international team and it’s been such a rewarding experience for me.

Lastly: thanks to all my supporters for the love you have been giving to me all this time! heart emoticon