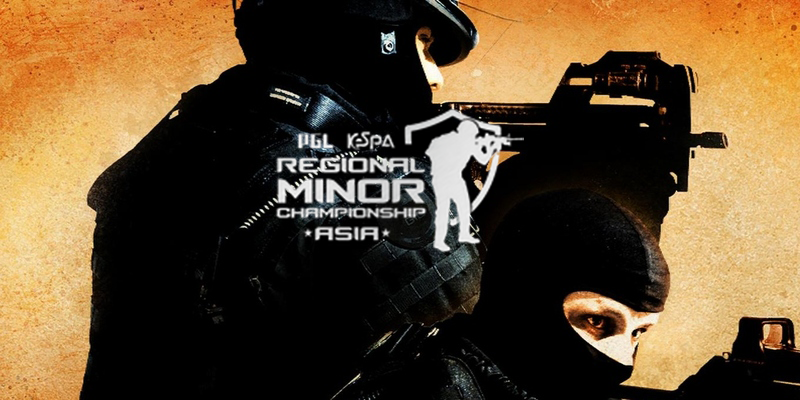 An extra qualifier for the Oceania region will be added for next month’s Counter-Strike: Global Offensive Asian Minor Championship in Seoul, South Korea after teams complained of a home country bias.

Australian team Renegades received a direct invite to the Minors, which was announced on Friday, based on their past performance. However, any other teams from Oceania would need to qualify as one of the remaining six teams through open regional online qualifiers.

Now, there will be a separate qualifier for the Oceania region held from April 19 to 21, with the winning team receiving a playoff slot for Seoul.

The Minor, organized by PGL and the Korean eSports Association (KeSPA), is set to take place on May 5 to 8. This means qualifiers would need to take place within the next week for administrative purposes.

“The short time frame between the official announcement and the playoff meant that the qualifiers needed to happen as soon as possible,” said PGL’s head of esports Vlad “Bossman” Rosca on reddit, “in order to have a decent amount of time for processing visas and fixing any potential issues that might arise from it.”

The original regional qualifier distribution was to select two teams each from China, Korea, and South East Asia (SEA) including Oceania. However this meant teams from Australia and New Zealand would need to compete against players from the mainland continent on servers appropriate for their region, increasing ping dramatically.

Teams had hoped to reduce this effect by flying to a city closer to SEA server hubs to compete on an equal connection, but lack of communication from PGL meant this would not be possible in such a short timeframe.

“You have now given us the option to fly out tomorrow to compete in the SEA minor or play with 160-200 ping online, which is what we are going to have to do,” said Australian team Legacy eSports’ member Mike “Moku” Aliferis yesterday. “I guess you underestimated the law of physics making it difficult for us to play on a server 6000km away.”

The Asia Minor represents a significant step towards promoting CS:GO in a vastly under-represented region. In particular, the involvement of KeSPA suggests South Korea’s involvement in the first-person shooter esport could be set to grow over the next few years.

However, some saw this partnership as a possible source of bias in regional qualifier organisation as the home region received two qualifier spots regardless of the current skill level represented by the country.

“Korea has none of China’s infrastructure issues, has none of China’s historical success in similar events and had no teams at the previous Minor,” wrote Petar Milovanovic, co-owner of HLTV. “The reality is that Korean scene isn’t among the best in Asia at the moment and that even the best team there (MVP.project) has struggled to leave a mark against their regional rivals.”

Milovanovic went on to tweet “there is clearly some politics involved in the 2 Korean spots for the Minor” after PGL’s attempts to clarify the situation.

Which tells me there is clearly some politics involved in the 2 Korean spots for the Minor, which cannot be allowed in such a tournament

The Oceania qualifiers will now allow teams to play without having to hastily organize travel to the mainland. However, Team Immunity, one of the largest organisations in Australia, has already organized flights to Bugis, Singapore ahead of the latest development.

PGL has said they are working with the team in order to find “the best solution possible for them to properly compete in the Oceania qualifier.”

“We once again apologize for letting you, the community, down,” PGL said in their final statement today. “You expected better from us and we are doing everything we can to fix our mistakes.”