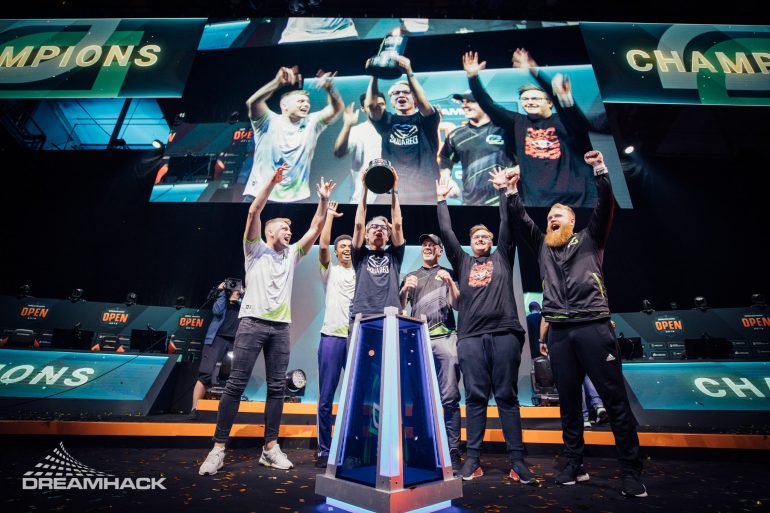 The best-of-three series kicked off on Overpass, which was Ancient’s map pick. OpTic had no trouble on either side. Nikolaj “niko” Kristensen and the newcomer Rene “TeSeS” Madsen combined for 49 kills and OpTic won 16-12.

The series then went to Nuke and it was a more balanced map overall. Ancient narrowly won the first half 8-7 on their CT-side, which generally isn’t much for Nuke, a map that’s favorable for the defensive side. Although Alfred “RuStY” Karlsson won the second pistol for Ancient with a quad kill, OpTic slowly started to pile up rounds on their CT-side. The final rounds were crucial because both teams could lose all of their economies, but the Danes finished on top and avoided overtime to win DreamHack Open Summer with a 16-14 final score.

OpTic will take home $50,000 for the win and secure a spot at DreamHack Masters Malmö, a tier-one tournament. Ancient won $20,000 as a consolation prize.

OpTic were one of the favorites to win it all and they proved why by only dropping one map throughout the competition (during the semifinals against Tricked). This performance should boost the offers for the team after Immortals acquired OpTic last week—the organization intends to sell the roster.

Ancient definitely can be proud of their performance in Sweden. They’re a sponsorless team that managed to upset AVANGAR and Aristocracy. Ex-pro and former Ancient representative Markus “pronax” Wallsten was seen cheering and talking with Ancient’s players. He might invest in the team—pronax said that he’d have more news about his future after retiring at the end of May.

OpTic don’t have any upcoming tournaments until DreamHack Masters Malmö in October.