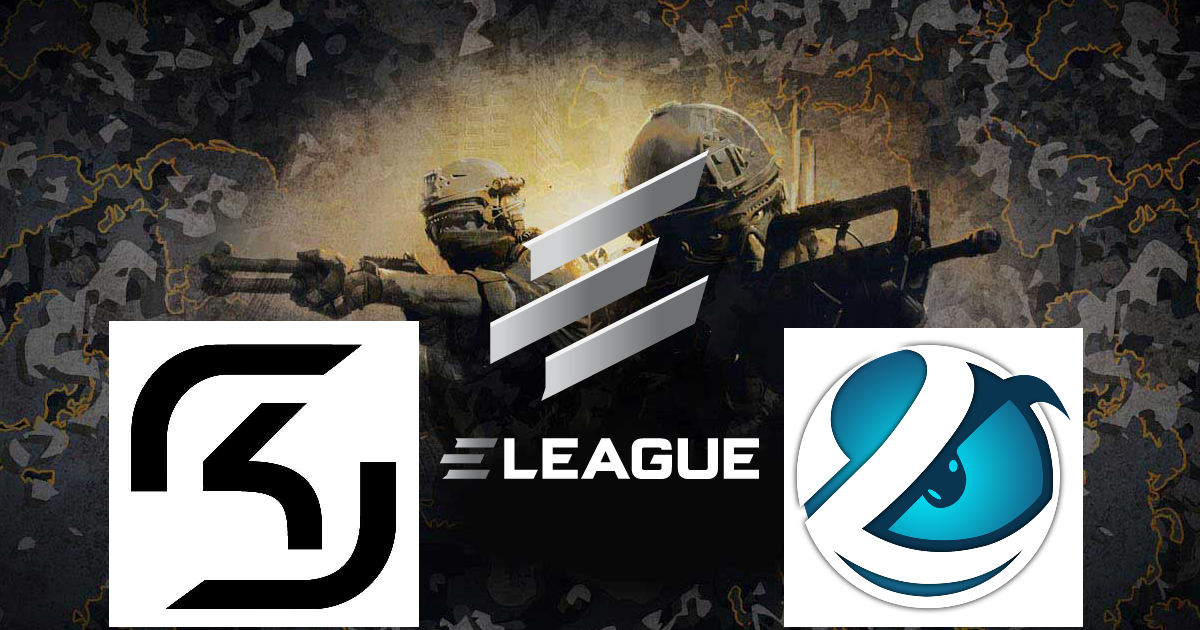 Thanks to the public fight over the best team in the world, Luminosity Gaming and SK Gaming are no longer in Turner and WME/IMG’s ELEAGUE. The national televised Counter-Strike: Global Offensive league reportedly received a petition from seven North American organizations threatening to withhold their rosters if Luminosity’s former players were able to compete under the SK banner. Although ELEAGUE’s rules are a brisk 15 pages, they do provide an infraction and penalty for the actions between the organizations.

Luminosity & SK Gaming are no longer eligible to compete in our first season due to roster changes that do not comply with @EL rules
Min-Sik Ko (@minsikko) July 6, 2016

This ruling from the ELEAGUE commissioner comes more than a month after the current SK Gaming roster signed contracts with SK Gaming while playing under the Luminosity Gaming banner. At the beginning of ELEAGUE on May 26, Fallen and the team played for Luminosity without contracts, only signing letters of intent.

SK Gaming approached the team and they signed new contracts, partially due to wanting to join the European focused WESA. Many contrasting, inflammatory and accusing statements from the players and both Luminosity and SK organizations were made during this time including to ESPN, in leaked emails, and in a tell all on the Daily Dot by team captian Gabriel “Fallen” Toledo.

There are no plans to sanction either team. We look forward to having SK Gaming compete in Week 3 and Luminosity return for the playoffs.
Min-Sik Ko (@minsikko) May 31, 2016

The reported petition from the organizations Cloud9, Counter Logic Gaming, Echo Fox, NRG Esports, OpTic Gaming, Team Liquid and Team SoloMid has presumably changed the ruling from ELEAGUE. Without a first place team in Group A, the disqualification of current SK Gaming has benefitted Cloud9 immediately by saving them from the Last Chance Qualifier and placing them into the playoffs. Their promotion left a seat open in the Last Chance Qualifier tournament, which now includes major legendary status team Gambit Gaming. The disqualification of the players on “Team X,” comprised partly of the former SK Gaming roster, has granted Renegades a spot in the Last Chance Qualifier tournament as the third-place team.

ELEAGUE presumably made this decision earlier this week from the change between unofficial brackets posted on Twitter and the official ones posted today.

Page 11 4.3 General Rules 15. Teams will be allowed to use a sub to replace another player twice per season, but replacements must be
declared before plane tickets are issued.

Page 11 4.3 General Rules 16. Team rosters must be complete before plane tickets are issued. If a team decides to change the roster after
travel arrangements have been issued, any additional costs must be covered by the respective team.

Page 14 5.3. Additional Rules 6. Public statements made about private information, unofficial roster changes, and disparaging remarks made
about ELEAGUE or its partners are prohibited.

The penalties for these infractions can be found here:

Page 14 5.4 Penalties 3. Violations of any of the additional rules may result in a forfeit of the current match and/or all future matches in the tournament (disqualified). The Team may also be forced to continue the current match shorthanded.

Page 15 6.0 Legal Matters 5. Spirit of the Rules. Finality of all decisions regarding the interpretation of these rules, player and team eligibility, scheduling and staging for the tournament and related events, and penalties for misconduct, lie solely with the ELEAGUE Commissioner, the decisions of which are final. ELEAGUE decisions relating to these rules and/or the tournament cannot be appealed and shall not give rise to any claim for monetary damages or other legal or equitable remedy. These rules may be amended, modified or supplemented by ELEAGUE, from time to time, in order to ensure fair play and the integrity of ELEAGUE.

The former Luminosity Gaming players and their manager in their transfer to SK Gaming accused both organizations of predatory actions. Both organizations also made public statements about this player transer, the rosters were changed after the initial date, and ELEAGUE was supposedly pressured by the organizations to benefit the most.

Ultimately, the community’s outrage should be pointing at the negligent actors: Min-Sik Ko should not have needed pressure to enforce the rules; the current SK Gaming roster and manager should have known what the rules were of ELEAGUE, as well as the contracts they signed. These organizations should have also known the rules and should have been able to settle matters without the public nonsense that has unfolded, and ELEAGUE’s rules should have some accounting for the fact players worked hard, earned the spot in the playoffs, and deserve their prize winnings.