Mousesports were on the brink of elimination but instead advanced to the playoffs. 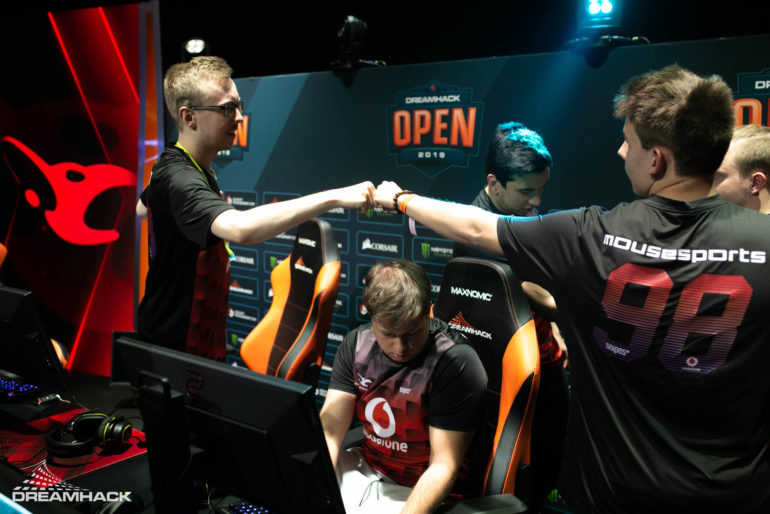 Mousesports were almost eliminated by Sprout during their first match today, but the international lineup showed resilience at the StarLadder Europe Minor.

In addition to their close call against Sprout, mouz had a tough series against NoChance, a sponsorless international team. Luckily, they will have a few hours to prepare for Fnatic tomorrow, one of the strongest teams in the Minor.

Against Sprout, Finn “karrigan” Andersen and crew lost the first map 13-16 on Train, one of their best maps. It was eerily similar to the loss they suffered in the first round to NoChance.

Things started even worse on the second map, Dust II. Mousesports had an awful CT-side and finished the first half nine rounds behind their opponents. But thanks to Özgür “woxic” Eker’s 22 kills and numerous clutches, mousesports were able to come back.

The final map, Mirage, was scary for mouz, but woxic took over. The Turkish AWPer finished with 32 kills as mousesports avoided elimination with a 16-9 win.

Moving to Group A’s decider match against NoChance, who defeated mouz on day one, mouz looked like a top team in the first map, winning Mirage 16-2. But they didn’t have time to celebrate much. NoChance played like an absolutely different team and completely outplayed mousesports on Vertigo, defeating them 16-6 as Jesse “zehN” finished with 35 kills.

Mousesports fans must have got nervous after the beginning of the second half of Nuke, the final map of the day. Mousesports were down by four rounds, but suddenly leveled up their game by winning a force buy and the following eight rounds to win 16-11 and sent NoChance packing.

Although mousesports made into playoffs, they should be concerned with their performance at the StarLadder Europe Minor so far. Players like Robin “ropz” Kool and Chris “chrisJ” de Jong bombed out of the Europe Minor earlier this year and didn’t qualify for the IEM Katowice Major in February. That motivated the organization to make the roster changes and both of them are the remainders of the previous rosters.

That said, despite mousesports’ new roster has been looking promise under karrigan’s leadership, the Europe Minor is always a tough competition. The underdogs always seem to step up their game and catch the heavily-favored teams off guard.

We’ll see if mousesports play better against Fnatic tomorrow at 12pm CT. CR4ZY and North are the other teams and you can keep up with the results of both Europe and Americas Minor here.