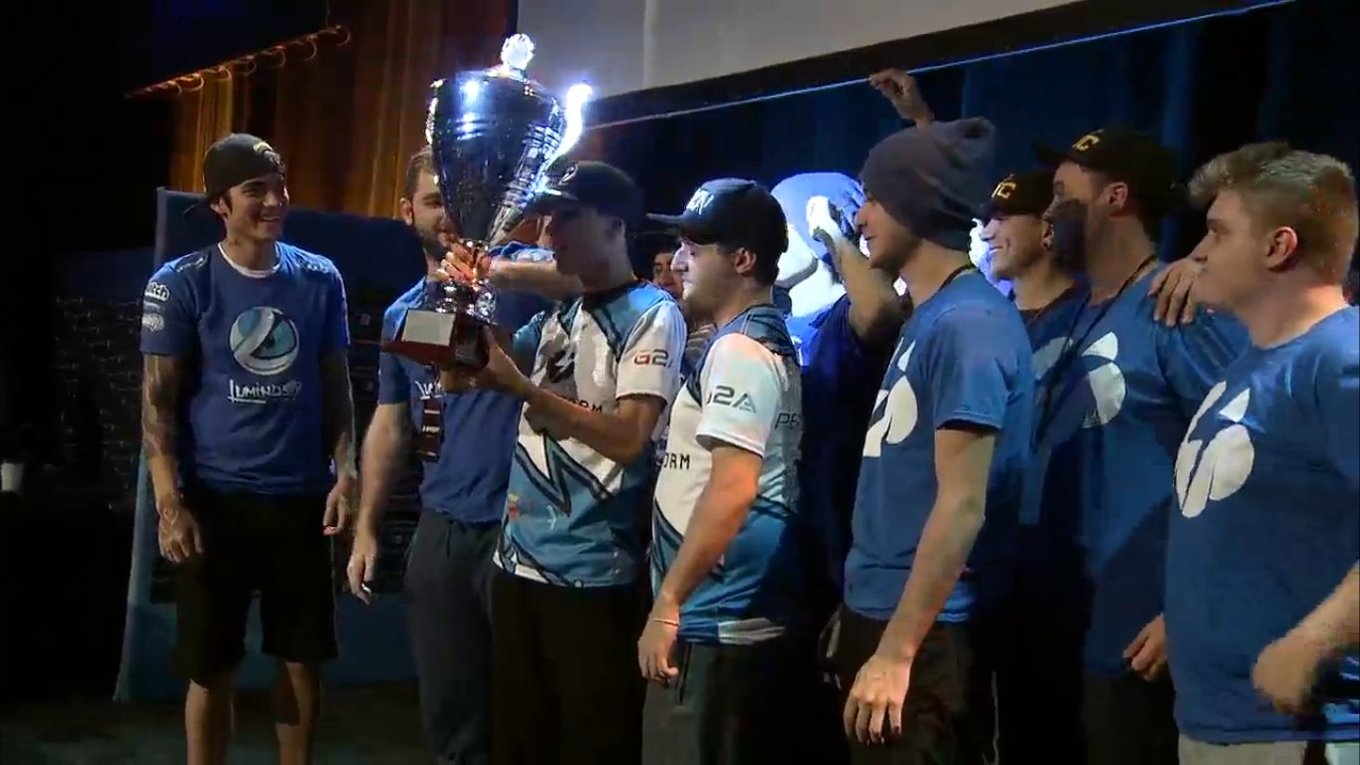 As expected, the final of DreamHack Austin 2016 brought together the two best Counter-Strike: Global Offensive teams in North America—and they were both Brazilian.

Luminosity Gaming claimed first place over Tempo Storm after a fast 2-0 series, both games ending in a comfortable 16-9. Both teams lifted, the trophy as a sign of national pride.

The MLG Columbus Major champions looked firmly in control throughout despite a 5-0 start for the less experienced TS side on the second map, Cobblestone.

Luminosity triumphed over their younger countrymen in the final after denying Team Liquid a fairytale comeback in their semifinal matchup earlier in the day. In that match, Liquid mounted a spirited comeback from 15-8 down on the final map, Train, to almost tie the game at 15-14. The American team, however, were unable to succeed where Luminosity had the last time the two clashed on home soil at MLG Columbus when the Brazilians came back from severe match point deficits twice to eventually win the Major.

Tempo Storm secured their spot in the grand finals by defeating Cloud9 late last night in a much closer affair. This time, the Americansmanaged to take the first map and were looking close to closing out the second on Inferno before Tempo Storm came back in overtime to win 19:16.

Luminosity’s captain, Gabriel “FalleN” Toledo, has been a strong proponent of the Brazilian scene, founding the Games Academy organization which Tempo Storm’s roster played under before being acquired. When asked how he felt about going up against his protégés, FalleN said: “I don’t mind if we win, this is already a victory for us. Though it would be nice for us to win.”

In a show of respect for each team, every player appended their in-game tag with <3 and the name of their opposite mark.

In the end, FalleN played a significant role in defeating his brothers in arms with some incredible sniper play alongside fellow AWPer Marcelo “Coldzera” David, who managed a 47:24 KDA to take the MVP vote for the series.