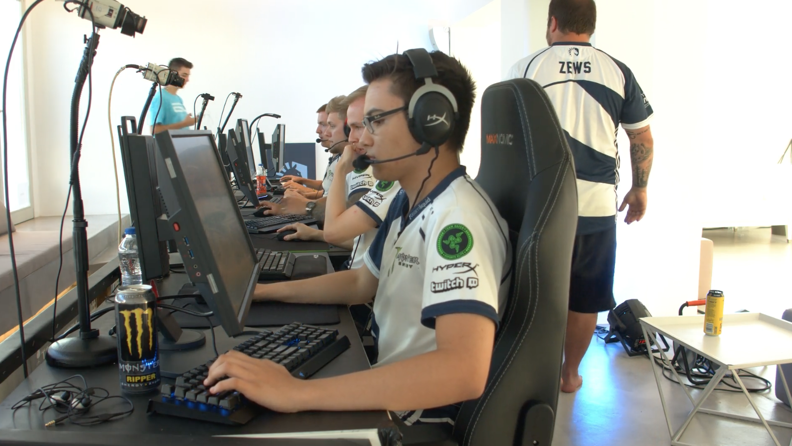 An American team in Mykonos produced the most surprising result of a busy weekend in Counter-Strike: Global Offensive.

Jonathan “EliGE” Jablonowski was the star of the day for Team Liquid. The young gunner claimed 50 frags across two games against some of the world’s stiffest competition in SK Gaming. Among EliGE’s teammates, only sniper Josh “jdm64” Marzano made a similar impact.

The win was even more impressive considering that SK Gaming’s star, Marcelo “coldzera” David, was at the top of his game, putting together a cumulative 44-37 scoreline even as his team was beaten on both maps. Coldzera being on point usually spells doom for the opposition, but EliGE was up to the task of not only equaling coldzera’s contributions, but surpassing them.

Liquid maintained firm control throughout most of the first game on Inferno, opening a 13-6 lead. Fans were teased with the possibility of a trademark Liquid collapse when SK won six straight rounds in the second half, but Liquid closed out the map for a 16-12 victory.

Cobblestone, the second map in this series, was a similar affair, with Liquid controlling the majority of the game—except for one mid-game run by SK that kept the final score respectably close at 16-10 for Team Liquid.

Earlier in the day, the Americans overcame German side BIG with another two-game sweep. The wins place Liquid in the ESG Tour Mykonos final, where they will meet another surprise finalist in Mousesports.

Mousesports bested both Gambit Esports and Heroic in the group stage in order to advance to the playoff round, where they defeated Virtus Pro—with the last map coming down to the final round of regulation.

SK Gaming and Virtus Pro will play a third-place decider match prior to tomorrow’s final. It’s an uncommon practice in Counter-Strike, but in this case, it will determine which of the two semifinal losers join Team Liquid and Mousesports in being seeded at the next ESG Tour event.