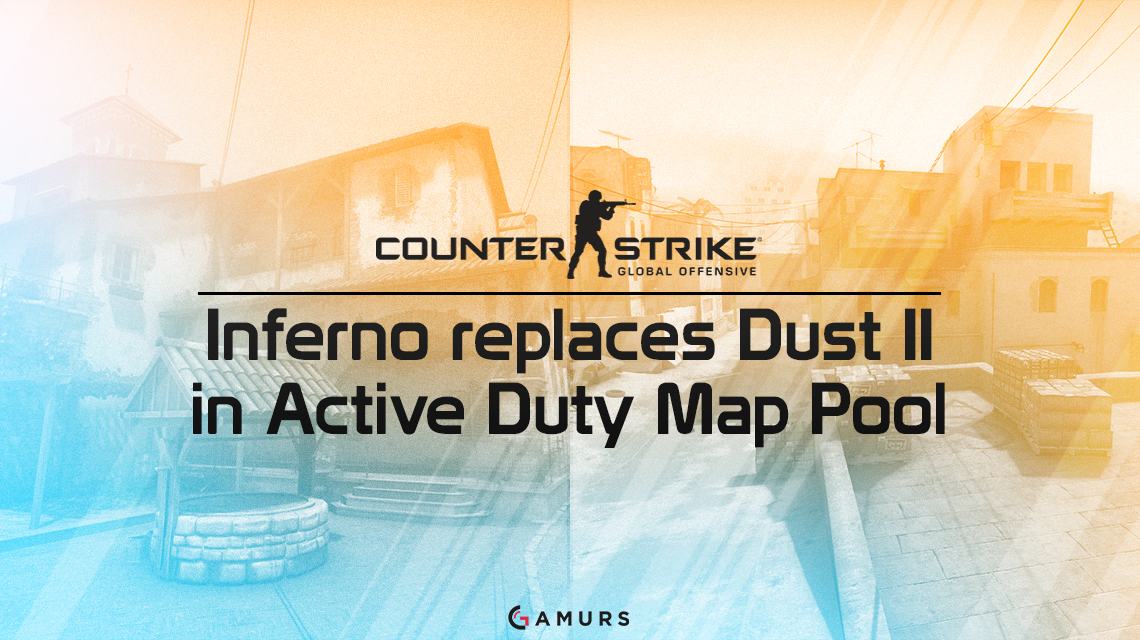 The famous, classic Counter-Strike: Global Offensive map de_dust2 has been taken out of the active duty map pool, and has been replaced by the redone de_inferno.

The news comes from the GlobalOffensive subreddit, where Reddit user wickedplayer494 reported that SteamDB has spotted the first update since the ELEAGUE Major. More details on the 90MB update are unavailable as of now.

It will certainly be interesting to see how fans of the map and the CS:GO community as a whole react to this change. More information will be reported on as it is released.

EDIT: The official CS:GO blog has released a full post on all of the changes in this update.

The director of DreamHack Masters, Marc Winther, also announced on Twitter that Inferno will be in the map pool for DH Vegas. This gives teams two weeks to prepare for the $450,000 tournament.

Inferno will be in the map pool for DreamHack Masters Las Vegas. Two weeks out, get on servers!

What do you think of this change? Let us know in the comments below or @GAMURScom.