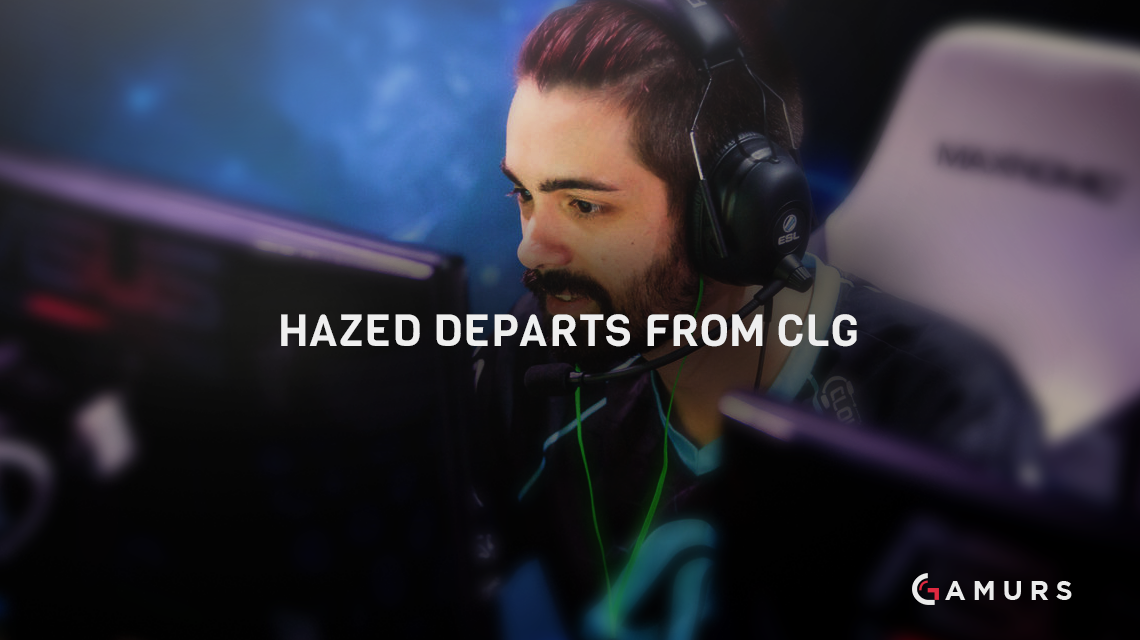 After almost two years with Counter Logic Gaming, James “hazed” Cobb has decided not to sign with the organization for 2017.

Hazed has been involved in this lineup going back to 2014, when the players were under NetCodeGuides.com. After NetCodeGuides, the team transferred to mouseSpaz and then CLG. All the while, they have maintained an almost identical lineup. Before moving over to CLG, Josh “jdm64” Marzano left for another team. After problems with Peter “ptr” Gurney, jdm returned to the lineup, which remained the same for quite some time.

CLG could remain a top team in North America, but they have not been anything special internationally. This year, CLG only had one successful LAN result, which was fourth place at the Global Esports Cup. After much dissatisfaction and chaos, the lineup fell apart and CLG even began to look a little weaker compared to other North American teams.

In his statement, hazed seems to be disappointed with his performance in CLG, though he does say it was something he will never forget. Hazed is currently examining his options for 2017, which include casting/analysis, streaming, and playing professionally.

Does hazed still have the drive to win, or would he be best suited providing a player perspective at events? Maybe, you would like to see him stream Rank S. Let us know your thoughts in the comments section or on Twitter @GAMURScom.