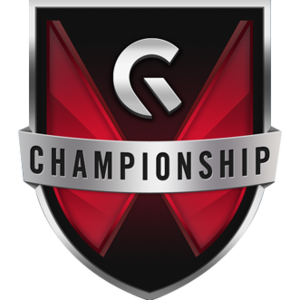 There are four invited teams to this tournament.

The format of the tournament is a single elimination tournament with each match being a Best of Five Match. Making the matches Best of Five basically guarantees that they will be really gruelling matches and the best team should win. This eliminated the risk of BO1 Upsets in the Group stage and sets stage for an exciting Finals to watch.

This tournament sees a variety of really good teams playing it out. There are two matches currently situated in this tournament.

The Tournament basically gives a chance for teams to come back within their own matches. The match being a best of 5 makes the matches as equal in terms of advantage as possible. No team should be able to chance an upset in a Best of Five. This is because you have to win 3 maps in order to be able to win against the other team. If you are looking at the best teams in the world, You will notice that the best teams have a very wide map pool. With the current meta-game being shifted towards the Terrorist side, the CT holds and the strategies become less significant as earlier. Hence we see the decline of some teams from their pedestal. This includes teams such as Fnatic and NaVi. These teams were known for their famed CT side holds. However with the meta going from CT to T heavily.

The maps currently are sort of sided towards the T side. We see Dust 2 almost never being banned now, cause teams prefer banning the maps that they don’t know. Another option s is to ban the map that the opponent is really good on. For most of the teams, except TSM that is not Dust 2. So Dust 2 is a very terrorist sided map. There are a few set strategies on this map, however it can also be said that its a a very AWP heavy map. As such, it is a map where teams can play based of picks. Its quite a small map in the sense of size however fakes on this map are really well known.

Overall Dust 2, Cache, Cobblestone seem to be really T sided currently. The remaining maps are sort of CT sided but the margin right now is quite closer than it was say 1-2 months ago.

In a best of 5, not only do the bans matter, but its important to note that the order of the maps plays a significant role in deciding the winner. We all saw how at IEM Gamescom, TSM lost easily to EnVyUs cause the first three maps were literally EnVyus’ Best maps.

The brackets of the tournament can be found here.

It will be interesting to watch NIP in this tournament. There have been several rumors about their team recently.  In their online matches, they have been proving some commendable performances. However lets see if they can do the same on this LAN.

EnVyUs a has probably been out of their slump now. They seem to be hitting their shots. Virtus Pro on the other hand had a gigantic performance at Dubai to win that tournament. The last map of the final however was too close for comfort for VP. Lets see if they can keep up right now.

Virtus Pro in their last LAN looked phenomenal. They overcame Fnatic in the Semi finals and it did look fairly easy for them to be honest. I am always surprised with the ease with which Virtus Pro always manage to defeat Fnatic on Mirage. Currently it does seem that VP have EnVyUs number. They have a slight advantage after the map vetoes almost always. But remember, EnVyUs has a deep map pool too.EnVyUs are a team that do tend to take their results a lot seriously. It does seem to affect som players in the team and that leads to subsequent map defeats at times.

Anyways in terms of skills, I think both these teams are very evenly matched. Virtus Pro definitely looks like they can win their aim duels against EnVyUs. With Virtus Pro’s loose and weird style of playing. In the recent past at least VP have been looking like they are winning their aim duels against EnVyUs. EnVyUs on the other hand is in a definite slump and rise mode. They didn’t seem to be hitting their shots. However recently they seemed to have picked up on that and are slightly making progress.

Now maps and the order of the maps is very important. These teams have a very wide map pool. I dont think having any one map is a guaranteed win for any time. Like I don’t even think picking Dust 2 against VP would be a sure win for EnVyUsat this point. Virtus Pro are decent on Dust 2 too, although they did get hammered on it by TSM.

Virtsus Pro have been very good on both these maps and as such I think EnVyUs would want to ban Train instead of Mirage just cause of the comfort Factor. Also EnVyUs just play real bad on Train to be honest.

So that leaves the following Maps in the Map pool :

Out of these I see Inferno and a possible either of Cache or Cobblestone going EnVyUsway. However it might be just that both Cache and mirage are won by VP cause they are like so good on it
I will write down my personal odds here for the matches :

Remember EnVyUs only chance of winning this Best of Five is if they win Cobblestone. So Cobblestone is a very important map in my opinion. Another factor to consider is that both teams need to hit their shots obviously. If a team is good on a particular map but they cant hit their shots, they will lose. Remember this is the highest level of counter strike and mistakes aren’t forgiven easily.

I think Virtus Pro will come out ahead in this match just based on the Maps. EnVyUs do tend to play really aggressive and they keep pushing like a train. I think one of the few teams thats enabled to hold such a game-play is VP. This is mainly due to the fact that they themselves are well acquainted with this sort of game-play having done it several times themselves…

My Recommendation for this match : Low to Medium on Virtus Pro

Some of my other Posts :