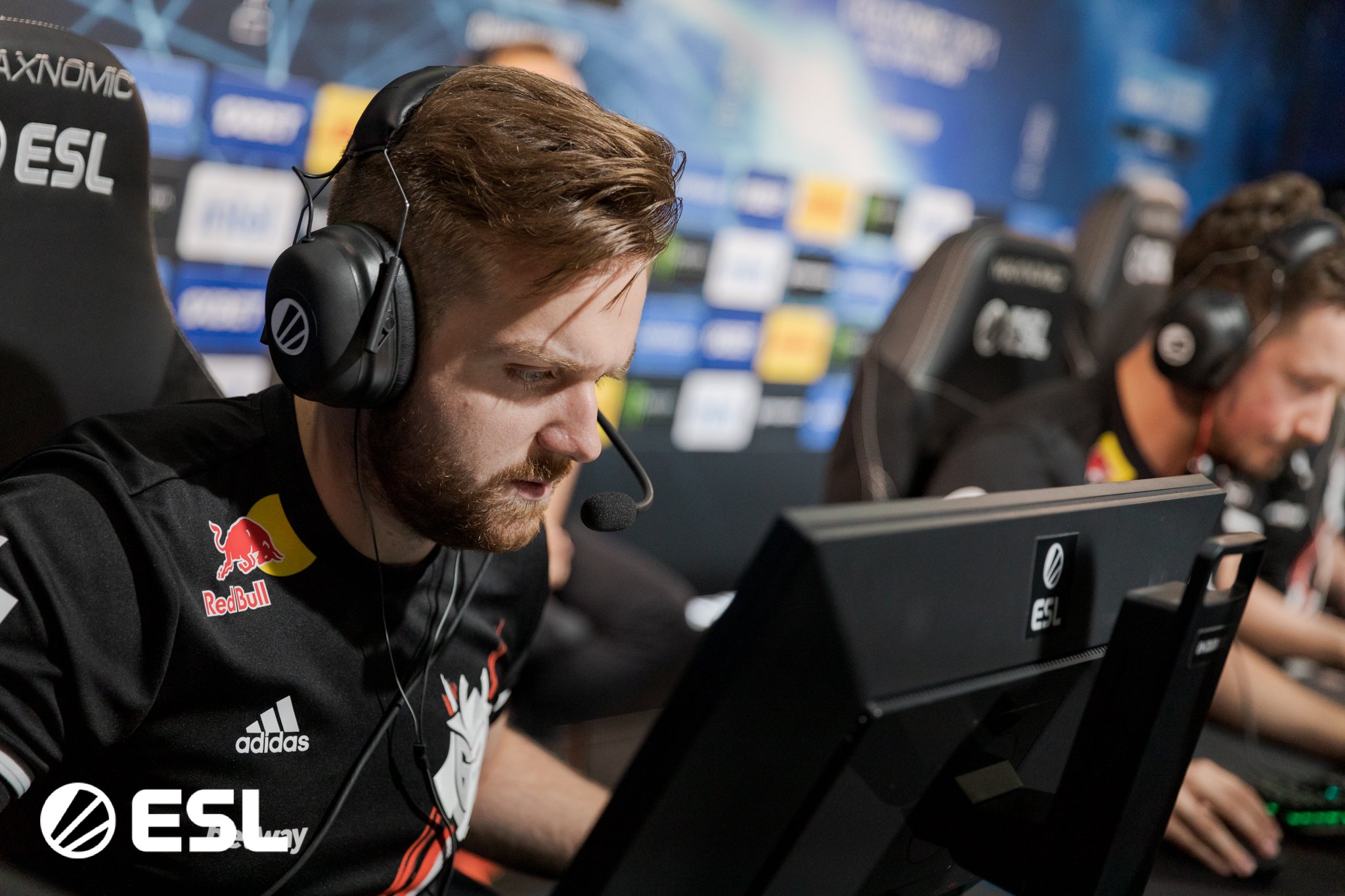 G2 Esports claimed another victory in the 30th round of map three on Inferno today, this time against Astralis, and punched their ticket to the IEM Cologne grand finals. Their round 30 Inferno clutch against Gambit at the end of their group stage put G2 directly in the semifinals, and now NiKo and company are one series win away from their first landmark trophy since the Bosnian superstar joined their ranks.

G2 came out firing in the first map, maintaining the dominant level of play they’ve been showing throughout all of Cologne. They took advantage of their CT-sided start on Astralis’ pick of Nuke, only losing two rounds at the start of the half and one at the very end.

François “AmaNEk” Delaunay was a force to be reckoned with on Nuke. The player finished the match with 25 kills over just nine deaths, a +6 first kill differential, and over 100 points of damage on average per round, all while putting on a masterclass with the AWP (16 of his 25 kills). G2 reached match point at 15-3, and Astralis’ comeback only lasted three rounds, as G2 took commandingly 16-6.

Just like G2 did on Nuke, Astralis needed to capitalize on starting on the CT side for map two, and did so excellently to take an 11-4 lead at halftime on G2’s pick of Dust2. The Danes consistently kept the G2 economy in shambles, but surrendered the final round of the first half, giving G2 some momentum that Astralis desperately needed to negate. G2 took the first handful of rounds on their CT side, putting a dent in Astralis’ lead. They played much better on their CT side, but it wasn’t enough to catch Astralis, who equaled the series with a 16-12 win on Dust2.

Appropriately, this LAN series between iconic teams went to the iconic third map, Inferno. Astralis cranked up the pressure on G2 with a blistering attack side, punishing the hiding G2 players across the entire map. But despite the quick start from Astralis, an impressive clutch from huNter- reinvigorated the G2 side, who closed out the first half with an impressive run to take an 8-7 lead.

G2 started their T-side strong, taking the first four rounds before Astralis finally answered with a flawless one. Astralis went on a run of their own, completely locking down both sites with great smoke usage that gla1ve thrived in. With the map tied 14-14, G2 stunned Astralis with a halls pop, taking the round and bankrupting Astralis, who had no firepower to stop G2 from escaping Inferno 16-14.

Reaching the semifinals alone is a great accomplishment for both sides. Astralis needed a deep run at a major event this year after consistently struggling to reassert themselves at the top of CS:GO since the departure of dev1ce. G2 had a slow start to the NiKo era, but have been putting together much more impressive results in the last handful of events. They now await the winner of Na’Vi vs FaZe in the second semifinal.