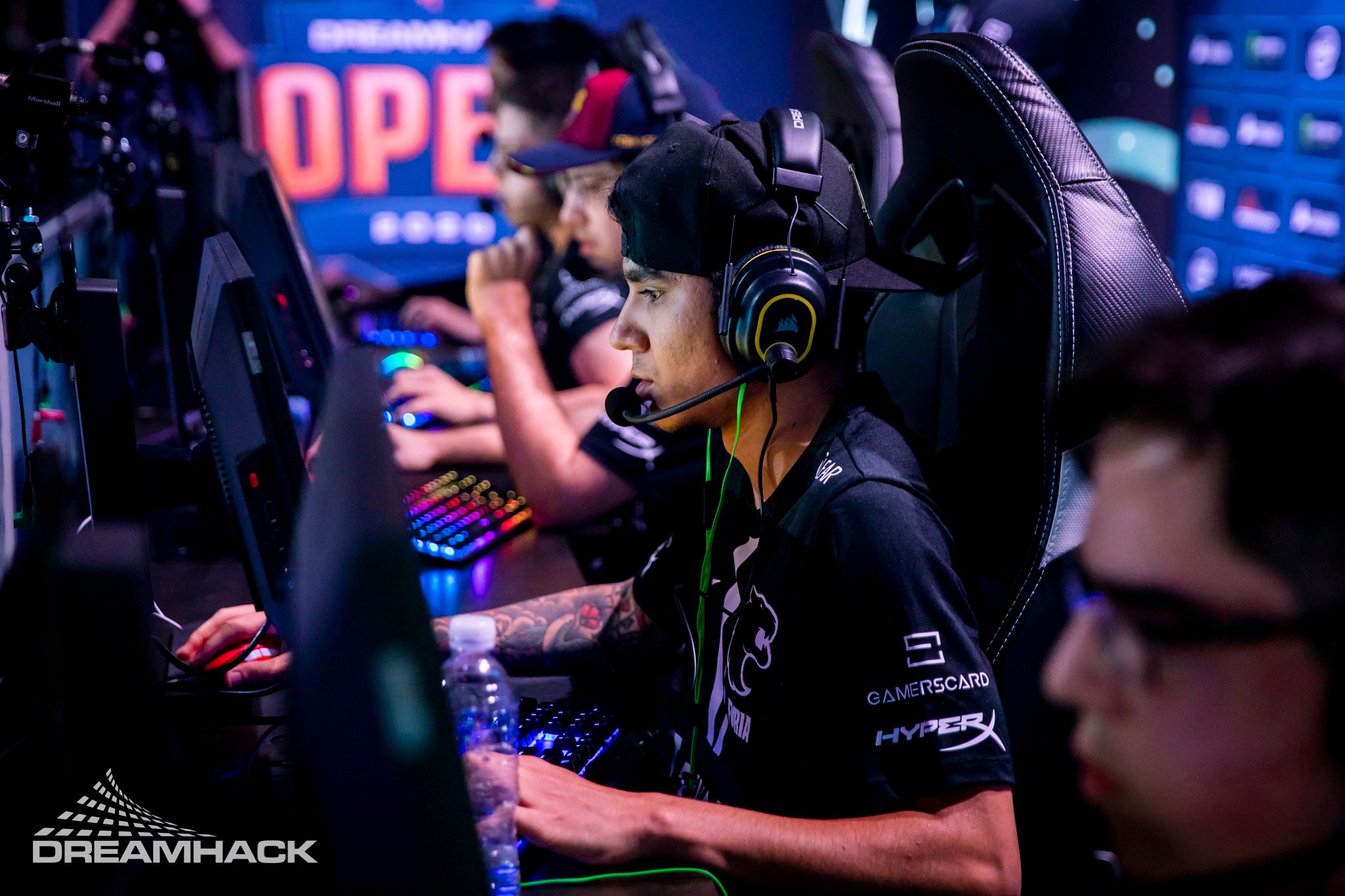 Competitive CS:GO is often regarded as a methodical game due to its limited map pool, but FURIA frequently shatter this perception with their aggressive playstyle.

The Brazilians constantly defy the meta. Sometimes just 15 seconds have passed into the round and FURIA’s in-game leader arT is already between enemy lines. “We have this unique playstyle and we’ll show some new stuff at BLAST Premier Fall Series,” FURIA’s AWPer HEN1 said in an interview with Dot Esports today.

FURIA have been placed in Group C alongside fellow countrymen MIBR, Astralis, and their first opponent, G2. Although HEN1 says the team has new strategies for different maps, he recognizes that European teams read and adapt the game faster than most of the teams in North America.

There isn’t too much FURIA could do to prepare specifically against G2, though. G2 will most likely play their first tournament with the Bosnian star NiKo. It’s still unknown who’ll officially leave G2’s starting lineup, but NiKo said to HLTV today that the organization will part ways with François “⁠AmaNEk⁠” Delaunay or Audric “⁠JaCkz⁠” Jug ahead of 2021.

“We have to play our game,” HEN1 said. “It’s G2 who have to prove themselves now that they added NiKo. If we think too much about them, we can’t play our own game.”

FURIA’s game has been enough to dominate the best teams from their home region of North America such as Evil Geniuses, Team Liquid, and the former 100 Thieves. They arrived in Europe with back-to-back championship wins in NA.

Since late September, FURIA are playing matches without the support of their head coach Nicholas “guerri” Nogueira, who is serving a four-month ban as a result of the Esports Integrity Commission (ESIC) investigation on the coach-spectating scandal. With that, arT’s workload significantly increased during matches, but all of the team’s players are trying to help him with ideas, according to HEN1.

ArT is by far the most aggressive player in CS:GO‘s history, according to an analysis made by professional caster Alex “Hawka Hawkins. No other player approaches the stats of arT’s 2020 and 2019 T-side opening kills.

“ArT is different from any other player I’ve played in my life—sometimes we call him crazy. In the beginning, I thought he was over aggressive, but his plays make sense once you understand the thought behind them,” HEN1 said.

FURIA’s great performance in 2020 naturally reflected on HEN1’s numbers. The Brazilian AWPer was inconsistent in 2018 and 2019 after he put up great numbers with Immortals in 2017, especially when they were runners-up at the PGL Kraków Major in July 2017. Even when things were rough and FalleN was in his best form, HEN1 believed he was the best.

“FalleN has always been a monster. He won numerous championships and MVPs, but in my mind I always thought I was the best. If I didn’t believe in that, I would always be one step away from my adversaries,” HEN1 said. The 25-year-old believes the relationship in and outside the game with his teammates in FURIA helped him to get back to the old form.

There’s a chance that MIBR and FURIA play a Brazilian derby at BLAST Premier Fall Series. The relationship between the two teams arguably took a hit after some of MIBR players criticized FURIA on social media during a BLAST Premier Spring Americas match for not wanting to roll back a round where FalleN and fer allegedly had technical problems.

From HEN1’s perspective, however, there’s no bad blood between him and MIBR. “We have to always be united and I like to live my life in peace. When something happens, we should decide on the server and not comment on this kind of stuff on social media.” Despite what HEN1 thinks, the rivalry on social media persists, and there are people who strictly cheer for only one of the teams.

If FURIA meet MIBR, it’ll also mark the first time that HEN1 would have played against his twin brother LUCAS1 on such high stakes. They went separate ways in June 2019 for the first time in their professional careers when LUCAS1 left Luminosity Gaming to have his first stint with MIBR.

Although HEN1’s career is looking better at the moment, with him winning titles while LUCAS1 took a break from competitive CS:GO, he thinks his twin brother will do well on MIBR this time.

“LUCAS1 was always a top-class player and the losses he had with Imperial in Brazil put him on the right track,” HEN1 said. “He wants to give everything he has for MIBR. You can never doubt someone who reached the grand finals of a Major.”

Related: MIBR LUCAS1: “I’m always confident, so I do believe in our chances at BLAST”