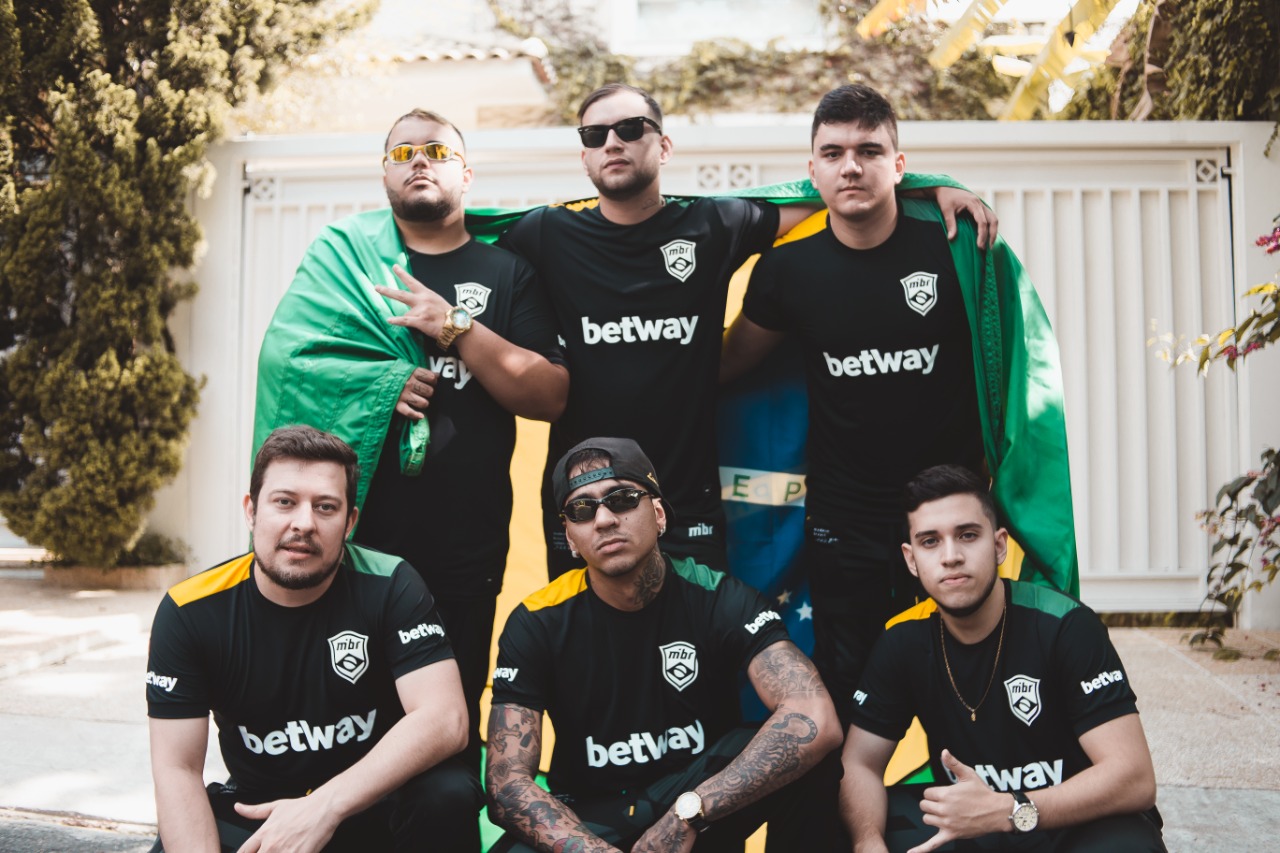 It’s clear the morale on MIBR’s camp has changed.

While rifler LUCAS1 reflected on the team’s atmosphere in an interview with Dot Esports today, the CS:GO roster’s new head coach and manager Raphael “cogu” Camargo jumped in front of the camera and began cheering for his team: “We are MIBR! We are Brazil! Let’s fucking go!”

It’s not only the team’s morale but its lineup that has indeed changed. MIBR will play at BLAST Premier Fall Series with three new players: LUCAS1, Vinicius “vsm” Moreira, and Leonardo “leo_drk” Oliveira, who were signed as stand-ins for BLAST and Flashpoint season two. From the old lineup, MIBR retained only kNgV- and Alencar “trk” Rossato. The future of FalleN, fer, and TACO within MIBR is unknown.

The organization has assigned cogu to lead the team until at least the end of the year. The 34-year-old won Brazil’s first international Counter-Strike championship at ESWC 2006 with the very same MIBR. The majority of Brazilian fans approved cogu’s signing even though his Counter-Strike 1.6 skills didn’t translate to professional CS:GO. “Cogu is a living legend, people have to respect him, first of all. I particularly am a big fan of cogu,” LUCAS1 said.

Cogu was playing professional VALORANT in Brazil when MIBR came knocking on his door last month. Despite cogu’s lack of experience in CS:GO’s top level, LUCAS1 said cogu knows CS:GO and respects his input during practice. The players want to give their best on what is arguably the toughest group of BLAST Premier Fall Series, with Astralis, FURIA, and G2.

“I’m always confident, so I do believe in our chances at BLAST,” LUCAS1 said. “I’ll never say that my team will enter a match to lose, in fact, my mindset is that I’m the best player in the world. If someone is playing scared, the other team will realize and try to take advantage of that player during the entire match.”

MIBR will face Astralis, one of the best teams in the world, in the opening round. Even though their chances are slim, LUCAS1 said the team is focused on their own gameplay instead of looking too much into Astralis’ tendencies, and he praised kNgV-’s leadership skills. The 28-year-old has become MIBR’s permanent captain following FalleN’s benching and knows how to guide the team during mid-round situations.

“Personally, I don’t like anti-stratting. If anti-stratting works, everyone would have beaten Astralis. The most important thing in Counter-Strike is to do your own job properly,” LUCAS1 said. The Brazilian recalled that he lost at three Major qualifiers knowing everything that the enemy was going to do in the match.

MIBR have been preparing for the upcoming matches in Serbia for one week and practices are going well, according to LUCAS1. Apart from cogu, kNgV- is working with two analysts so the team can be prepared for BLAST Premier Fall Series and Flashpoint season two. That’s a step in the right direction, since the old team was seemingly lost in their last European trip and was outplayed by tier-three teams.

Instead of breaking down the role each player will take, LUCAS1 kept it simple. “Of course that in certain tactics we’ll assign roles, but everybody needs to know how to do everything. That said, if the team have to rush a bombsite everybody will enter and fuck you,” LUCAS1 said.

The Brazilian fans are particularly anxious to watch vsm play against some of the world’s best. The 21-year-old has been one of the best prospects in Brazil for years. But until now, none of the Brazilian teams playing overseas wanted to sign him due to his VAC-ban, which forbade him from playing at CS:GO Majors. Vsm has incredible numbers in Brazil, but that didn’t translate when his old team DETONA Gaming faced BIG, a European team, for Flashpoint season one’s global qualifier in March.

LUCAS1 didn’t keep an eye on vsm and leo_drk, since he usually doesn’t watch Brazilian CS:GO tournaments. The 25-year-old rifler, however, was surprised at how great vsm and leo_drk play and how they chime in with ideas for the team. Vsm and leo_drk, more than anyone, have the chance to prove they deserve to compete among the best and secure a spot in the team for 2021.

Although LUCAS1 played in a Major grand finals for Immortals in 2017, his career experienced some road bumps after he played for MIBR between June to December 2019. The Brazilian rifler took a long break and began to compete again in August when he was signed by Brazil-based esports organization Imperial. LUCAS1 stayed two months with Imperial, but the experience wasn’t great. The team struggled at the Tribo to Major, a South America Regional Major Ranking (RMR) event, and LUCAS1’s statistics were poor (0.97 rating), according to HLTV.

All of these struggles happened while LUCAS1’s twin brother HEN1 was having one of the best years of his career with FURIA. With the lack of results, some fans started calling LUCAS1 a “party guy” due to Instagram photos.

“I particularly am someone who likes to study the game, I watch all of the matches in my spare time and I’m sure that I have a deep understanding of CS:GO,” LUCAS1 said. “People nowadays look into social media too much and don’t know what I’ve been through to become a professional player. My dad would take me and HEN1 to an eight-hour trip by car in Brazil and we’d lose two matches and travel back home.”

You can watch LUCAS1 and MIBR in action tomorrow against Astralis for BLAST Premier Fall series group C’s opening round at 9:30am CT.