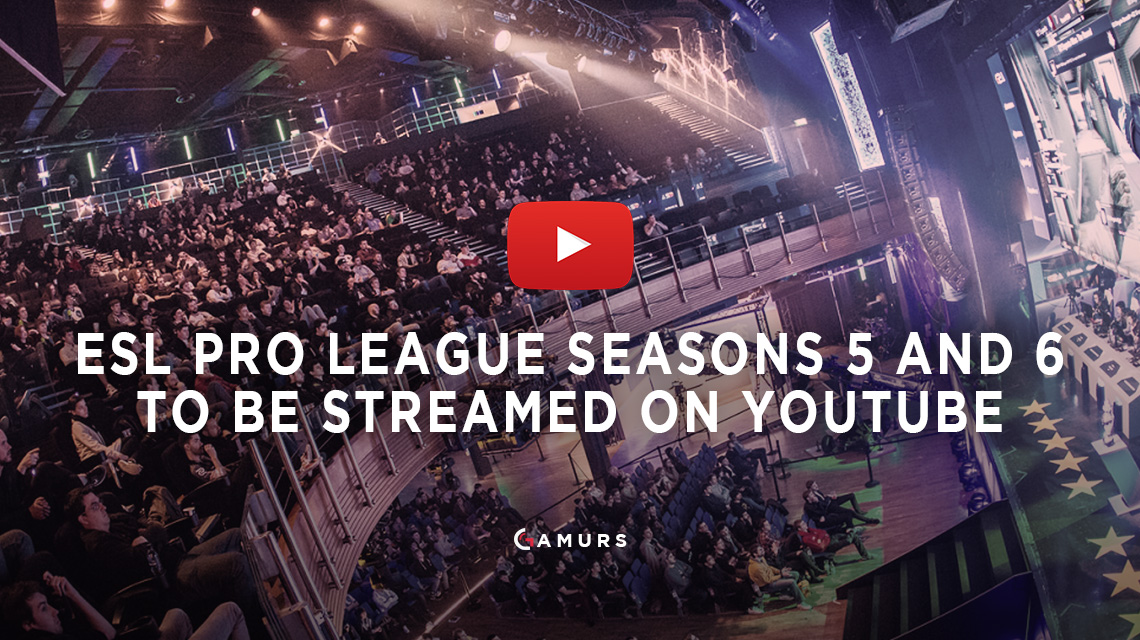 The next two seasons of the ESL Pro League will be streamed exclusively on YouTube’s gaming stream platform. The English broadcast will be featured for the fifth and the sixth seasons of the Pro League, but Spanish, Portuguese, French and Polish will “continue being streamed across multiple additional platforms,” according to ESL.

YouTube is happy to announce our partnership with WESA to distribute the upcoming seasons of the ESL Pro League. Entering their 5th Season, ESL’s ability to continue to produce the highest quality content at the pinnacle level of competitive play is unrivaled. Professional Counter-Strike fans and viewership has been growing at such an explosive rate and we are excited to continue sharing this passion with our gaming viewers. -Ryan “Fwiz” Wyatt, the Global Head of Gaming Content at YouTube

Seasons five and six will feature a total prize pool of $2,000,000, with $1,000,000 being distributed per season throughout the 2017 year. On Feb. 7, the ESL Pro League Season 5 will debut and continue through June 4. Like Season 4, matches will be held on Tuesdays, Wednesdays, and Thursdays.

During the June 4 weekend, the Season 5 Playoff Finals will take place at the Verizon Theatre in Dallas, Texas. The Finals of Season 5 will have the usual live matches, pre-game analysis, and interviews, but more importantly, the broadcast can also be viewed through 360 viewing and virtual reality (VR).

What do you think of the EPL being streamed exclusively on YouTube? Tell us your thoughts below or with a tweet @GAMURScom.