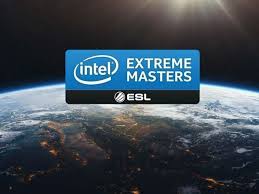 EnVyUs showed a fantastic day today with their win over TSM in the Last day of IEM Gamescom.

The last two teams after TSM smashed Renegades were TSM and ENVyUs.

The maps to be played on were going to be chosen by the community voting. EnVyUs were definitely favored on some maps, while TSM seemed to be favored on the rest.

The first map that was played was Cache.

EnVyUs started off phenomenally on this map literally cleaning out TSM in almost every round. THe rounds were characterized not only by the number but also by the fact that EnVYUs were winning rounds with almost 3-4 members alive at the end of each round.

The map ended in a 12-3 shift for EnVyUs. They won the 2nd half pistol and well it was an easy win for them after that.

The second map was Cobblestone ( again another EnVyUs Favored map).

Cobblestone is a map that EnVyUs had already defeated TSM on earlier ( in the first match of this same tournament ). Cobblestone was a decent map for EnVyUs and they showed it off with a 11-4 first half.

However this time, TSM won the pistol round in the second half and could have possibly staged a comeback. However that was not to be the case as EnVyUs took home the map easily with a scoreline of 16-9.

A video clip from this map became the talking point of the day. #hitbox anyone?

The third map was Inferno.

Inferno is a do or die map by now since if TSM lose this they are out of the tournament. However again we see EnVyus put up a formidable CT side on INferno and taking it home with  a 11-4 shift. After that it was just a matter of a few rounds and EnVyUs eventually won the map and the tournament on a forcebuy .