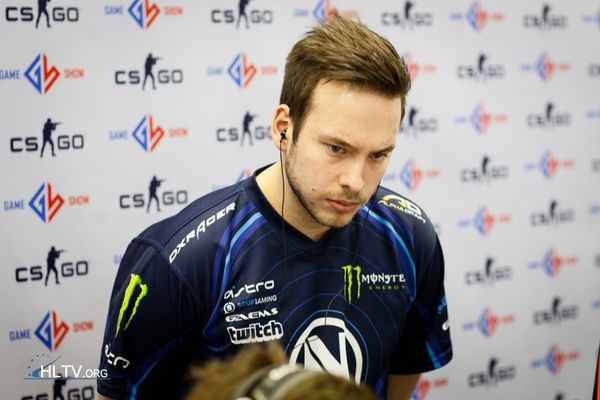 EnVyUs’ woes in Counter-Strike: Global Offensive seem to be continuing, as their coach Mathieu “Maniac” Quiquerez left the team earlier today. The famed French team, whose core players are amongst one of two teams to ever win two Valve Majors in CS:GO, has stumbled in recent times with a string of poor placements in international competition.

Instead of coach for another team, Maniac is focusing his efforts on returning as a player. He is no stranger to competitive play, having played under the leadership of famed French in-game leader Kévin “Ex6TenZ” Droolans during his tenure with Titan.

Prior to Maniac joining EnVyUs, the team had entered a slump the roster still hasn’t been able to come out of. The last event Maniac attend with the team was the MLG Columbus Major, in which EnVyUs failed to even exit the group stage.

Following the disastrous performance in Columbus, where the team seemed to be in a complete state of disarray, it was rumored that Maniac would be joining up with his former team mate Ex6TenZ. However, these plans never materialized and Ex6TenZ formed a roster which didn’t feature Maniac.

The former coach’s time as a player was also, like his time with EnVyUs, marred by a string of lacklustre results. He joined Titan during the end of 2014, in what was commonly referred to as the “French shuffle,” which lead to his first premier tournament victory shortly after at DreamHack Stockholm. But prior to the DreamHack Winter 2014 Major, his teammate Hovik “KQLY” Tovmassian was found guilty of cheating, and was subsequently banned from competing at any future Valve events.

As a result of this ruling, Titan were outright disqualified from the event and every future attempt to exit the group stage together with the team was unsuccessful. On top of this Maniac was often criticized for being an underwhelming player inside the server.