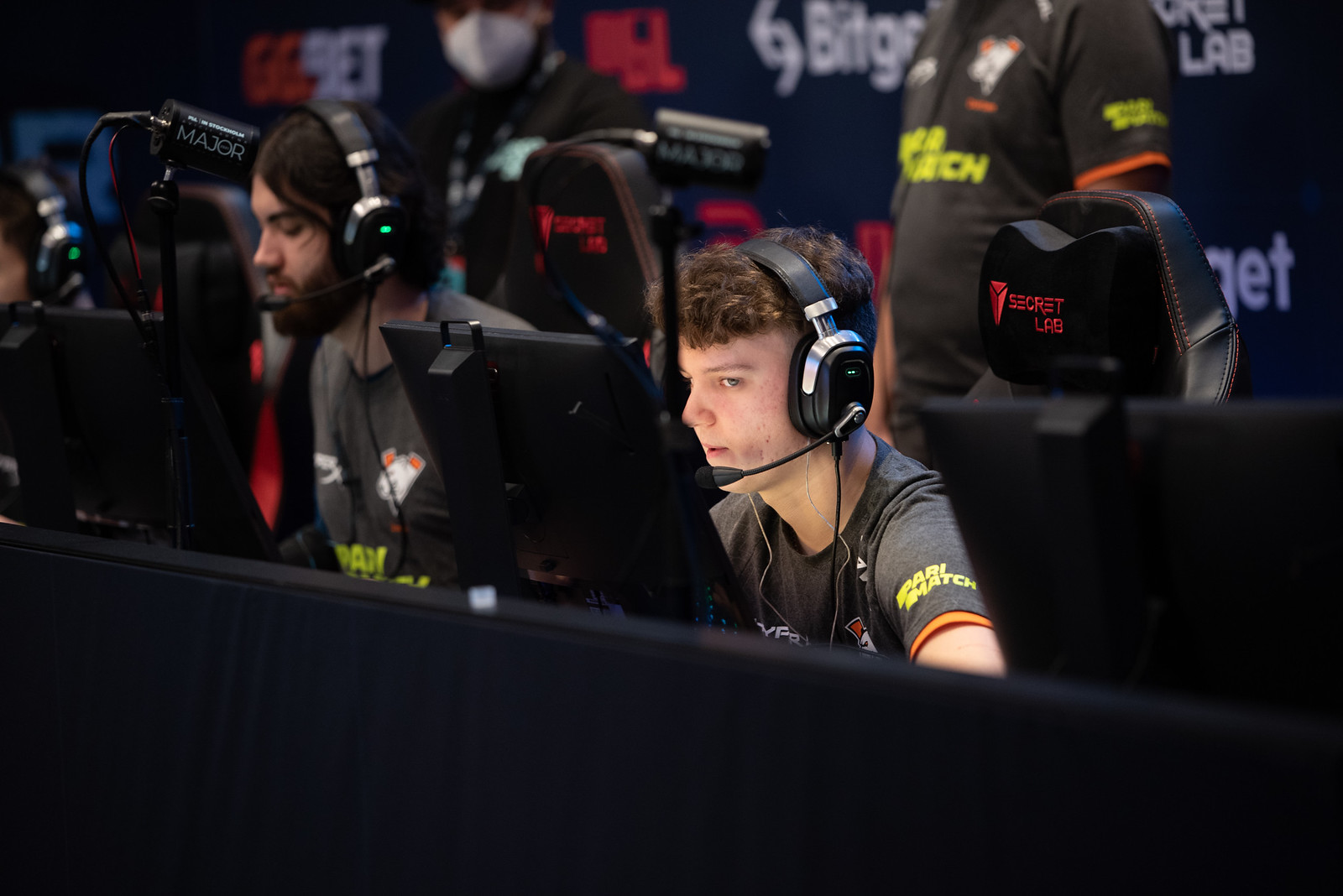 Entropiq lost their map pick, Ancient (16-10), to Heroic, tied the game in a nail-biting encounter on Nuke (16-14), and steamrolled the Danish team on the final map, Mirage (16-4), to complete the reverse sweep and secure top 16 in the $2 million tournament. The CIS team’s AWPer Aleksey “El1an” Gusev and rifler Aleksey “NickelBack” Trofimov finished among the highest-rated players in the series as each of them got 54 frags.

VP and Spirit also played all three maps, but it was VP who almost let the series slip. Dzhami “Jame” Ali’s troops won in Inferno (16-7), and were winning on Ancient by 10-5 but saw Spirit win 11 CT-side rounds to tie the series. They were again nearly defeated in Overpass with Spirit 15-14 ahead, but VP took the series to overtime. With momentum on their side, VP won four in a row to qualify for the Legends Stage. VP’s rifler Alexey “Qikert” Golubev had a solid performance in all three maps and finished with a 69-50 K/D ratio.

Entropiq and VP have joined FaZe Clan and Copenhagen Flames, the first teams to secure their spot in the Legends Stage. The next stage of the competition will see some of the best teams in the world such as Natus Vincere, Gambit, and Ninjas in Pyjamas join the battle for a spot in the playoffs that will be held in front of a live audience at the Avicii Arena in Stockholm.

As for Heroic and Team Spirit, they will have the rest of the day to reset and prepare for tomorrow’s elimination match. The third day of the PGL Stockholm Major will continue, and three teams will be sent home.