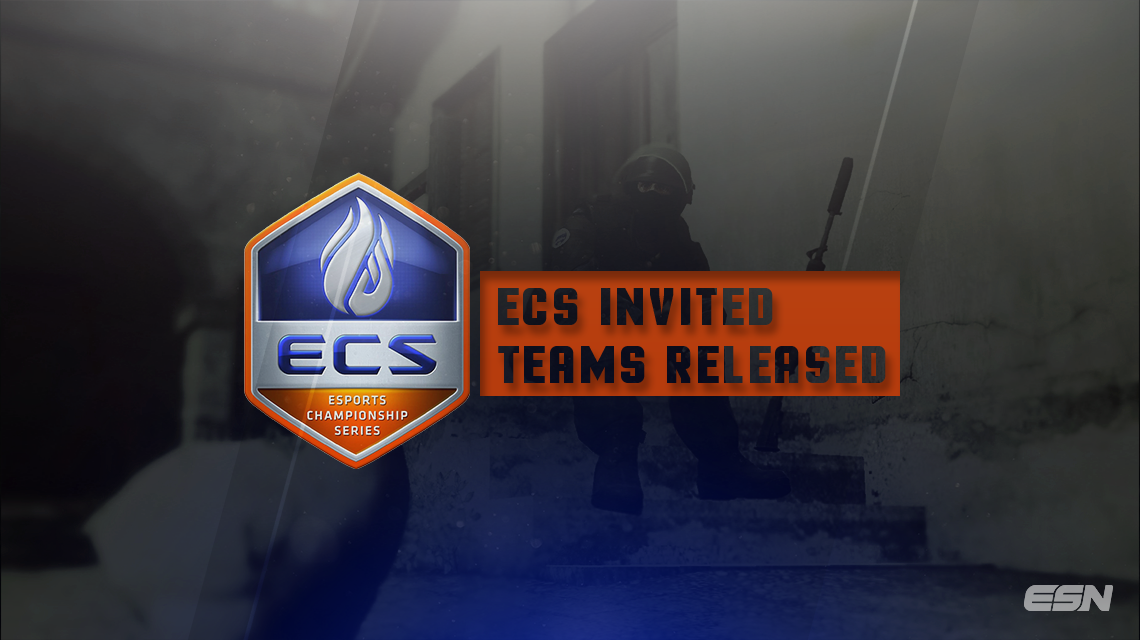 As many know earlier in this week, FACEIT and Twitch joined together and announced their very own Counter Strike: Global Offensive league called  Esports Championship Series or ECS for short. With this new league they set out to feature 20 teams within the league, 10 North American and 10 European. 16 teams will be invited, 8 for each division, and 4 will have to qualify, 2 in each division.

To find out more about ECS go to our article here .

Now here are your teams for the first season of Esports Championship Series:

Match schedules and scores can be found on the league’s website .

Who do you think will be the conquering team in this new league? Let us know in the comments below or send us a tweet. For on the spot news updates and more, make sure to follow us on Twitter @eSportsNation .