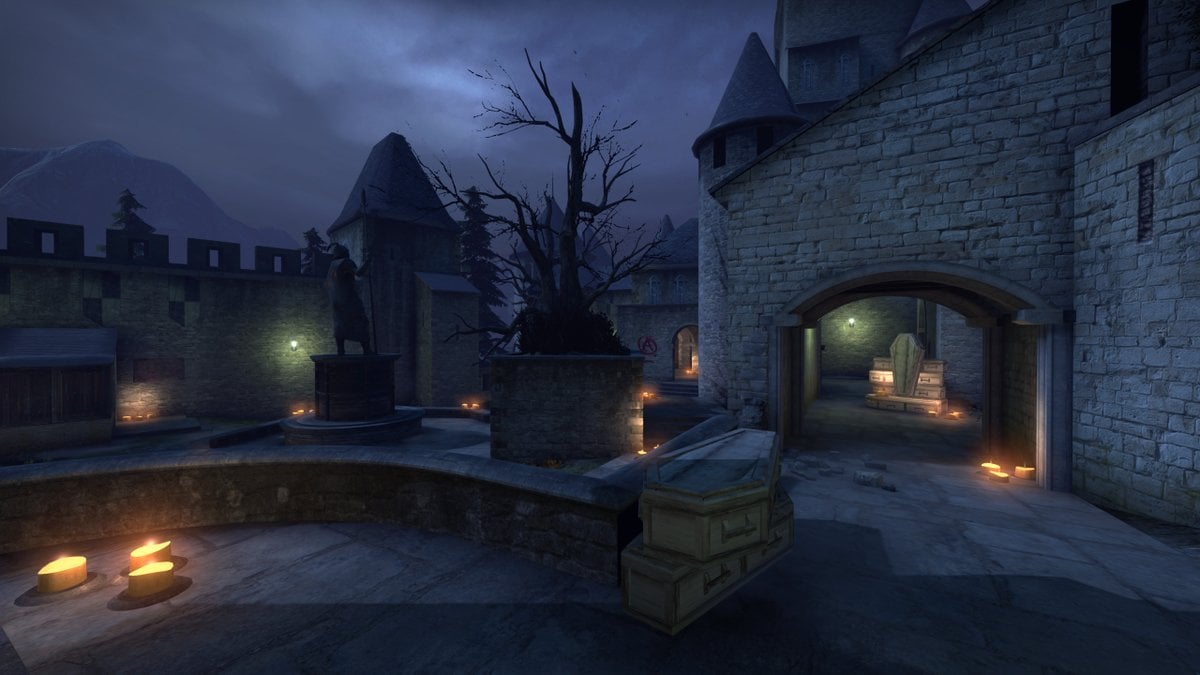 A new Halloween update dropped today in Counter-Strike: Global Offensive, and it’s introducing new changes to the game and to a fan-favorite map.

Cobblestone, a recently removed map from the Active Duty pool, underwent a huge revamp to celebrate the spooky October season. Notable changes include a temporary dark aesthetic similar to the workshop map Dust II Night, a removal of the Danger connector at A long, and a complete redesign of the A bomb site.

Below is a full list of the map specifics for the new Cobblestone:

These Cobblestone changes are going to drastically alter the competitive meta, especially considering the makeover to the A side of the map. Luckily for professional and casual players, Cobblestone isn’t in the Active Duty pool at the moment. But it could make its return in the near future if Valve optimizes it even more and if it removes another Active Duty map. Dust II replaced Cobblestone in the pool earlier this year in April.

In addition to the Cobblestone update, a Halloween theme was added to the map. The theme contains a ghastly loading screen, glowing pumpkins, pumpkin soccer balls, coffins as obstacles, chickens dressed as ghosts, and props that can be interacted with. The feathered companions can be turned into zombie chickens as well.

Outside of Cobblestone, spectating players can also roam the world as ghosts upon death until the end of the round. This functionality is available in Casual, Demolition, and Flying Scoutsman, but not in Competitive Matchmaking. The “ghost” feature is something that’s very common in Garry’s Mod, another one of Valve’s games that runs on the Source engine. The biggest drawback is that it encourages ghosting, or giving away player positions for enemies.
As for the rest of the notes in today’s update, Biome and Subzero—two recently added maps—were better optimized for gameplay. The user interface (UI) also got a few minor fixes to the scoreboard for bugged kill matrices and casual map voting.