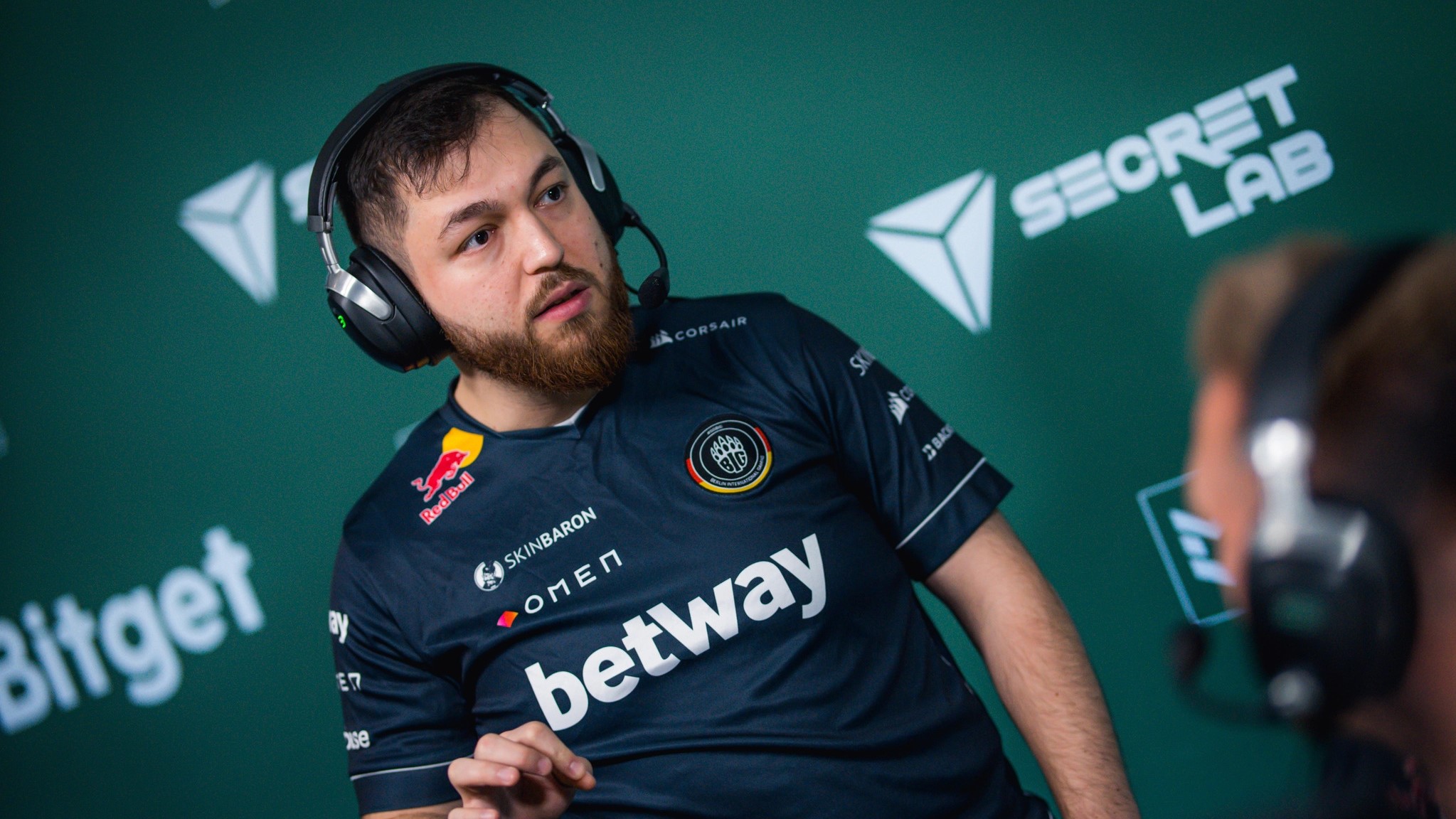 BIG have become a better CS:GO team after Fatih “gob b” Dayik left VALORANT to return to Counter-Strike in May as their new head coach, replacing Niclas “enkay J” Krumhorn.

The former in-game leader, known for his large tactic depth during his player days, guided BIG to solid results in June—a semifinal run at IEM Dallas, third place in Pinnacle Cup Championship, and most notably first place in Roobet Cup. It’s a blessing to have gob b around, according to BIG’s youngest player Karim “Krimbo” Moussa, who was brought in from BIG academy’s team in March.

“He is really focused on the players’ individual skills, performance, and vision of the game,” Krimbo said at a press conference prior to the start of IEM Cologne. “I think exactly the same way gob b is thinking and feeling the game, so it’s easy for me to trust him completely blind. He is doing every job I did in the past. I can focus on my set. Obviously, we are talking a lot about game plan and tactics in general. So he can add on top of me as well. I had no coach who’d criticized me for a long time, no one to have a deep talk with, so to say.”

BIG’s gameplay has revolved around executes and teamplay for years, mostly because of gob b’s view on how CS:GO should be played. After he retired in August 2019, the in-game leadership duties were passed to Johannes “tabseN” Wodarz, who played alongside gob B for years, and he kept the tactical structure from the old days.

Since then, BIG have had some great results and won titles, but they never really threatened to become the best team in the world aside from a short period during the online era of Counter-Strike in 2020 caused by the COVID-19 pandemic. Krimbo said that the team did not have a coach like gob B for a “long time” and praised him for all the guidance since his arrival.

“Gob b is more like a father figure for me,” Krimbo said. “He is a legend. I watched him playing when I was a kid. When I was 13 or 14, I saw him playing on the highest stage of CS. He gives the team so much confidence and has a solution for every problem any player has. He’s a real blessing for everyone here, especially for me as a young player. He can share everything he’s been through his career and his experience.”

BIG will try their best to replicate the recent results at IEM Cologne, where they’ll play in front of their fans if they make the playoffs. The Germans are already off to a great start, having defeated ORDER in the opening round of the play-in stage earlier today. Now, they’re one best-of-three victory away from advancing to the main stage.