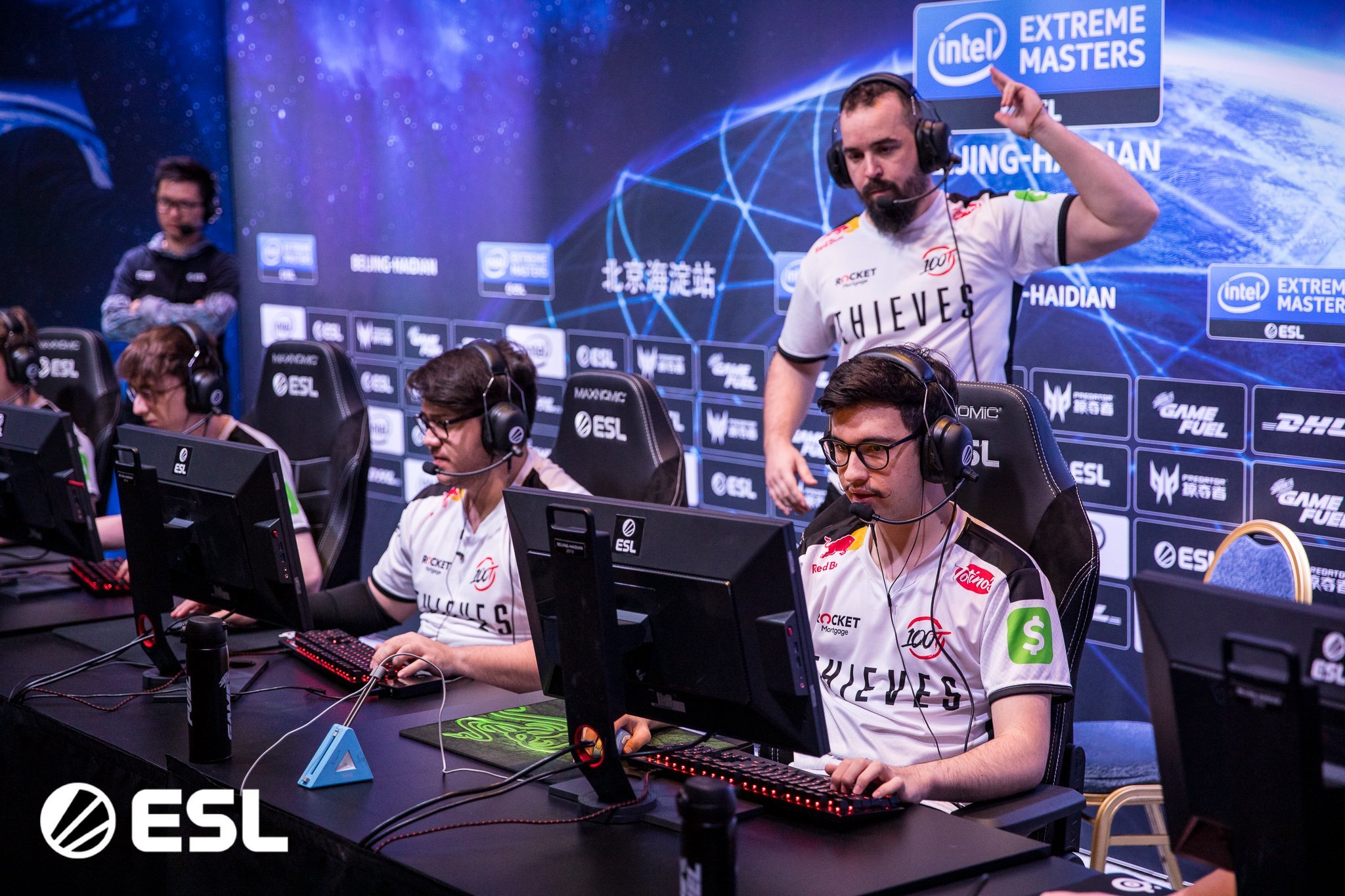 The semifinalists at IEM Beijing have been finalized. Astralis, FaZe Clan, Vitality, and 100 Thieves are all moving on to the next round of this CS:GO tournament.

With Evil Geniuses out of the picture, Astralis can retake the No. 1 spot in HLTV’s world rankings if they win this event. But first, the Danes will have to take down FaZe, who’ve been playing consistently well since they won BLAST Pro Series Copenhagen last week.

Here’s what each semifinalist has done at IEM Beijing so far.

The Danes were the first team to advance to the semifinals after they demolished ViCi in the opening round and took a convincing win against 100 Thieves in the Group A winners match.

Astralis haven’t been the dominant team that they were in 2018 when they won several tournaments throughout the year, but they’re still one of the top contenders at every LAN event.

Nicolai “device” Reedtz particularly is having his best tournament of the year so far, statistically speaking. The star AWPer has a 1.47 rating across four maps played, according to HLTV. Although these numbers will likely fall a bit in the playoffs, device will have to keep shining to turn Astralis into the best team in the world again.

FaZe beat EG, the current best CS:GO team in the world, twice at IEM Beijing. The first series was particularly easy for FaZe—they dominated EG on both maps.

Nikola “NiKo” Kovač and crew didn’t perform at the same level against Vitality, though. FaZe lost to Vitality 2-1 and got destroyed in the last map of the series, Inferno, 16-3.

FaZe, however, are clearly playing well after eliminating EG from IEM Beijing in the Group B decider match. It should’ve been a 2-0 win, but the international team failed to close the series out on Inferno. The good news for FaZe’s fans is that NiKo has finally returned to his prime form.

The in-game leader won the MVP award for his efforts at BLAST Pro Series Copenhagen last week. He’s FaZe’s highest-rated player at IEM Beijing so far with an impressive 1.27 rating across eight maps.

The Australian boys are making their debut under 100 Thieves’ colors at IEM Beijing and things are going well so far.

They lost to Astralis, which is understandable since the teams aren’t on the same level. But they also beat ENCE twice without dropping a single map. Although the Finns aren’t playing as well as they were in the beginning of 2019, they still have the individual talent to cause trouble.

100 Thieves’ ace in the hole is their pistol rounds. The Australians are the best team in this aspect at IEM Beijing, having won 75 percent of their pistol rounds and converted 88.9 percent of the second rounds, according to HLTV. Jay “Liazz” Tregillgas, 100 Thieves’ supportive player, is also the fourth-best player at the tournament when it comes to rating with an impressive 1.35 across six maps.

If 100T improve a bit in the gun rounds, they’ll have a deadly combination for the semifinals against Vitality and can potentially play in their first grand finals of 2019.

Just like Astralis, Vitality won both of their series and quickly qualified for the semifinals.

TYLOO weren’t too much of a threat to the French and Vitality defeated the Chinese 2-0 in the opening round. FaZe were much more of an adversary, but Vitality beat them on Nuke, which has been one of the best maps for this new FaZe lineup. Vitality qualified for the semifinals after beating FaZe 16-3 on Inferno, the last map of the series.

Mathieu “ZywOo” Herbaut continues to deliver good performances—he’s only behind device, statistically speaking. The French sniper has a 1.41 rating after playing five maps and is surprisingly followed by the team’s most-supportive player, veteran Cédric “RpK” Guipouy, who has a 1.24 rating.

If Vitality unleash the power of Richard “shox” Papillon and these two players maintain their form, they’ll be the favorites to play against either Astralis or FaZe in the grand finals. But Vitality didn’t play well in their last playoff showing.

They were one of the best teams at the start of StarSeries i-League season eight in October and were surprisingly knocked out without winning a single map in two playoff series. That’s something they’ll want to avoid this time at IEM Beijing.

Vitality will play against 100 Thieves tomorrow at 12am CT and Astralis will face FaZe next at 3:50am CT.