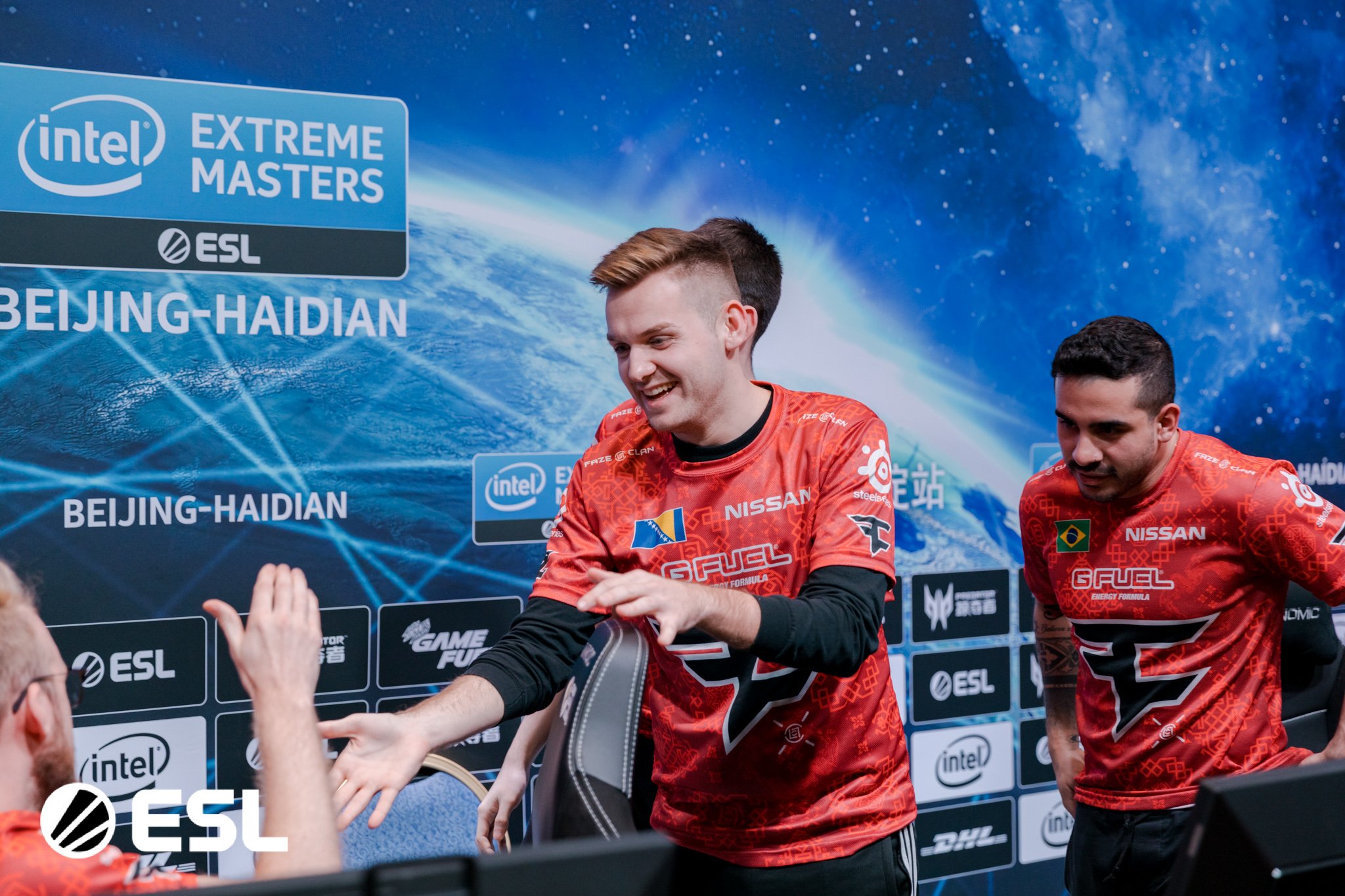 This was FaZe’s second victory over EG at the latest CS:GO event. But unlike the first match, it wasn’t an easy series since the last map even went to overtime. Nikola “NiKo” Kovač led FaZe tactically and also finished with 77 kills, the most on either team.

The first game of the series was played on Nuke, which has been one of FaZe’s best maps since the org acquired Marcelo “coldzera” David and Helvijs “broky” Saukants. FaZe won 16-12 and NiKo helped the team win some crucial rounds, including a one-vs-three clutch when they were losing.

Map two, Inferno, was there for FaZe to grab and close out the series. But NiKo and crew lost to an eco round when the game was at 14-13 in their advantage and they lost control of the map. EG won Inferno 16-14 and Vincent “Brehze” Cayonte top-fragged with 26 kills. But it was Ethan Arnold who had the best highlight of the map: an ace clutch.

FaZe were leading again, this time on Dust II, but EG won the last two rounds of regulation and took the game to overtime. This time, however, FaZe kept their cool and won the game 19-16. Broky and Coldzera held the B bombsite beautifully in overtime and won a crucial round for FaZe.

Beating EG twice in a tournament isn’t easy nowadays. That shows that FaZe are definitely playing Counter-Strike at the highest level again. They’ll have another difficult task tomorrow against Astralis, however.

Astralis and FaZe are scheduled to play the second semifinal match tomorrow at 3:50am CT.