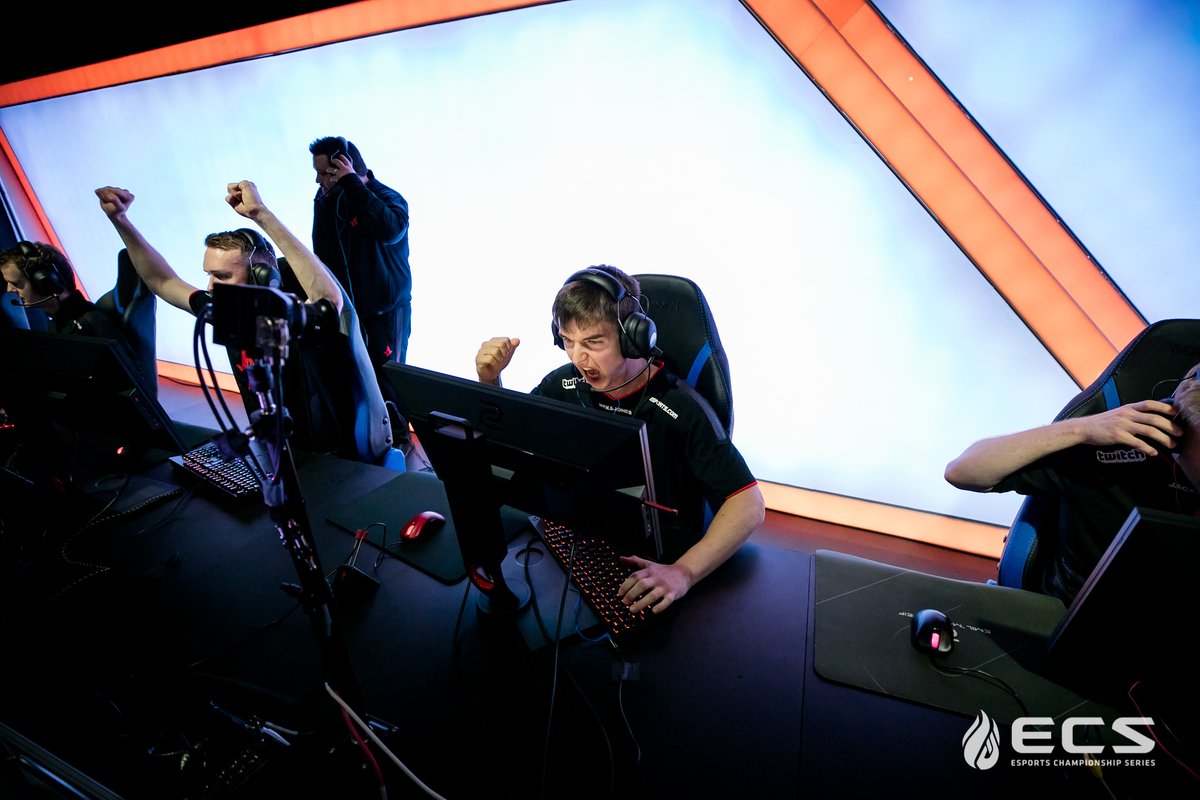 For the eighth time in 2018, Astralis are reigning champions in Counter-Strike: Global Offensive.

The stars from Denmark took their second-straight ECS title by defeating MIBR in the finale of season six in two maps. With the help of their overwhelmingly strong map pool, Astralis found victory on Inferno and Overpass.

Related: MIBR and Astralis set to face off in the grand final of the ECS Season 6 Finals

Inferno was a close bout between both sides as Gabriel “FalleN” Toledo led the charge in frags for MIBR while on the AWP. MIBR’s early-round map control forced Astralis’ notoriously good T side into tight executes, limiting the Danes to a modest 8-7 offensive half. A second pistol round win allowed Astralis to gain some momentum on their CT side up to 13-7. But MIBR were still able to get themselves back into the game with the help of some successful executes.

Astralis somehow won in round 30 after MIBR made a questionable play to push a middle smoke during an anti-eco. Despite the crushing loss, FalleN finished atop the server with 28 kills and a massive one-vs-two clutch under his belt.

Map two, Overpass, initially started out as a back-and-forth contest, but MIBR commanded the pace of the first half on CT again once they reached their first buy round. Astralis stole some rounds before halftime to make the score 7-8. Even after losing the second pistol, MIBR stumped Astralis’ defenses and kept them on ecos most of the time until they reached 14-9. Astralis tacked on a few miraculous round wins, with a game-saving clutch from Nicolai “dev1ce” Reedtz, and they somehow forced overtime against a struggling MIBR.

A costly CT side double AWP setup broke MIBR’s eco going into Astralis’ championship point at 18-17. But they pulled off the win anyway late in the round to force double overtime. The game continued to go back and forth until Tarik Celik attained an incredibly cerebral one-vs-four clutch at 21-19. Tarik’s efforts, however, were all in vain as Astralis sealed the deal in round 43.

The ECS Season Six Finals is Astralis’ fourth win at the international level since their victory at the FACEIT London Major. At this point in time, the Danes’ dominance is absolutely unparalleled in CS:GO history, especially given their clutch and comeback capabilities. Almost every single team in the upper echelons of Counter-Strike esports has tried to dethrone them this year, and just about every single one has failed.