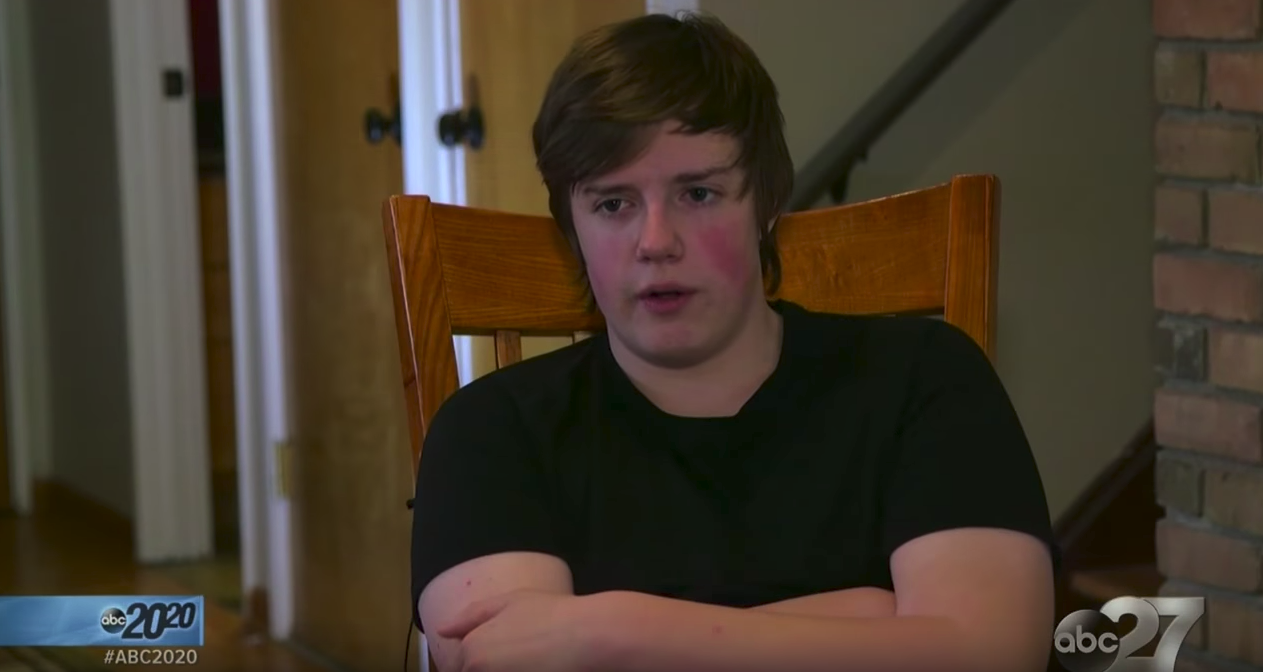 Josh, a 14-year-old from Michigan, was abducted from his home and taken out to the desert in a recent ABC’s 20/20 segment. But this wasn’t the act of criminals—it was the boy’s parents.

The kid’s parents were forcibly entering him into a rehab program in Utah for supposed gaming addiction.

The boy’s routine was pretty intense. He would game until about one in the morning and sleep until noon. He played approximately 60 hours of Counter-Strike: Global Offensive and other PC games per week, and he could “easily” play about 12 hours a day.

“When we took [his computer] away, there were problems with his behavior,” his mom said. Josh claimed his mother was exaggerating, and was “scared” of him.

Josh underwent an fMRI (functional magnetic resonance imaging) to measure his brain activity before he was shipped off to the dunes of Utah. The doctors who treated him have theorized that “excessive gaming changes brain activity”; they plan on performing studies to test their hypothesis. Later that week, Josh was forcibly dragged from his home in the middle of the night and put on a plane headed to Salt Lake City, where he would later be driven to the desert for his timed isolated from technology.

“It’s kind of stupid. I play video games and I have to go to rehab for it,” Josh thought. “[Josh] was really emotional; he said ‘I don’t want to go’ and ‘I want to see my mom’,” his dad said.

Josh camped in the dry plains of Utah for over two months, with an emphasis on discipline and hard work during his time halfway across the country. Towards the end of the segment, images of Josh’s brain were displayed to show the effects of his separation from CS:GO. They apparently showed improved neural activity.

ABC’s segment also included a teenage girl who is inseparable with her phone, a console-obsessed family-man, and an adolescent boy with an unhealthy love for Minecraft. All of them showed compulsive signs of attachment to the digital world they lived in and a sort of self-molded isolation from the physical world around them.

Although ABC did a thorough job of telling these people’s stories, the network placed many of the actual issues in a negative light. At one point, they replaced CS:GO’s in-game gun sounds with real life machine gun sounds–suggesting the realism of the game to their audience, which doesn’t align with the real game. This was likely done to fit with the narrative we see time and again: That videogames are violent corrupting influences.

A number of the cases cited involved other mental illnesses, but the people were equated to substance addicts. The approach taken by ABC echoed the demonizing tone of many media pieces on the subject, oversimplifying the issues facing those involved.

“We’re not going to help people change their behavior through shame and willpower,” a software developer said in an interview, attempting to provide a counter-balance to the arguments at play. Josh admitted to using video games as a type of escapism.

The key to combatting any unhealthy habit is moderation. Whether mom dragging you off to the middle of the desert is an effective treatment remains to be seen.