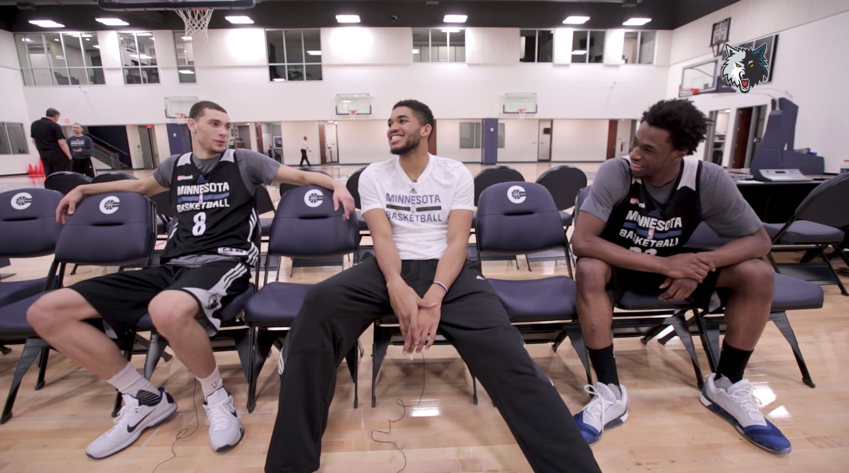 One of the youngest stars in the NBA is extremely confident in his ability to play video games—in particular, Call of Duty.

Karl-Anthony Towns, a 21-year-old center for the Minnesota Timberwolves, is a rising talent in the NBA. He was drafted first overall by the Timberwolves in the 2015 NBA Draft after his freshman year at the University of Kentucky.

But when Towns isn’t busy lighting up the scoreboard on the hardwood, he likes to play Call of Duty. Not only does he play the games, but Towns is actually signed as a spokesperson for Activision, the publisher of Call of Duty.

Towns talked about his passion for the game in an interview with The Undefeated, where he also said that he and teammate Andrew Wiggins could take on any other duo in the NBA at Call of Duty.

Towns was asked who he thinks the best Call of Duty player in the NBA is, other than himself, and he named his 22-year-old teammate Wiggins—who was the first overall pick in the 2014 NBA Draft, just one year before Towns went No. 1.

“From what I know… it has to be Andrew Wiggins,” Towns said. “It’s funny that you have two great Call of Duty players on the same team, but we found a way in Minnesota to make it happen.”

Aaron Dodson, the reporter from The Undefeated, then asked Towns how he and Wiggins would do against any other NBA duo in Call of Duty—and you can probably guess how Towns responded.

“I guarantee Andrew and I can take any other duo in the NBA,” Towns said.

It’s great to see so many young professional athletes taking an interest in Call of Duty—and maybe one day we’ll get to see an all-NBA Call of Duty tournament in order to find out if Towns is right.