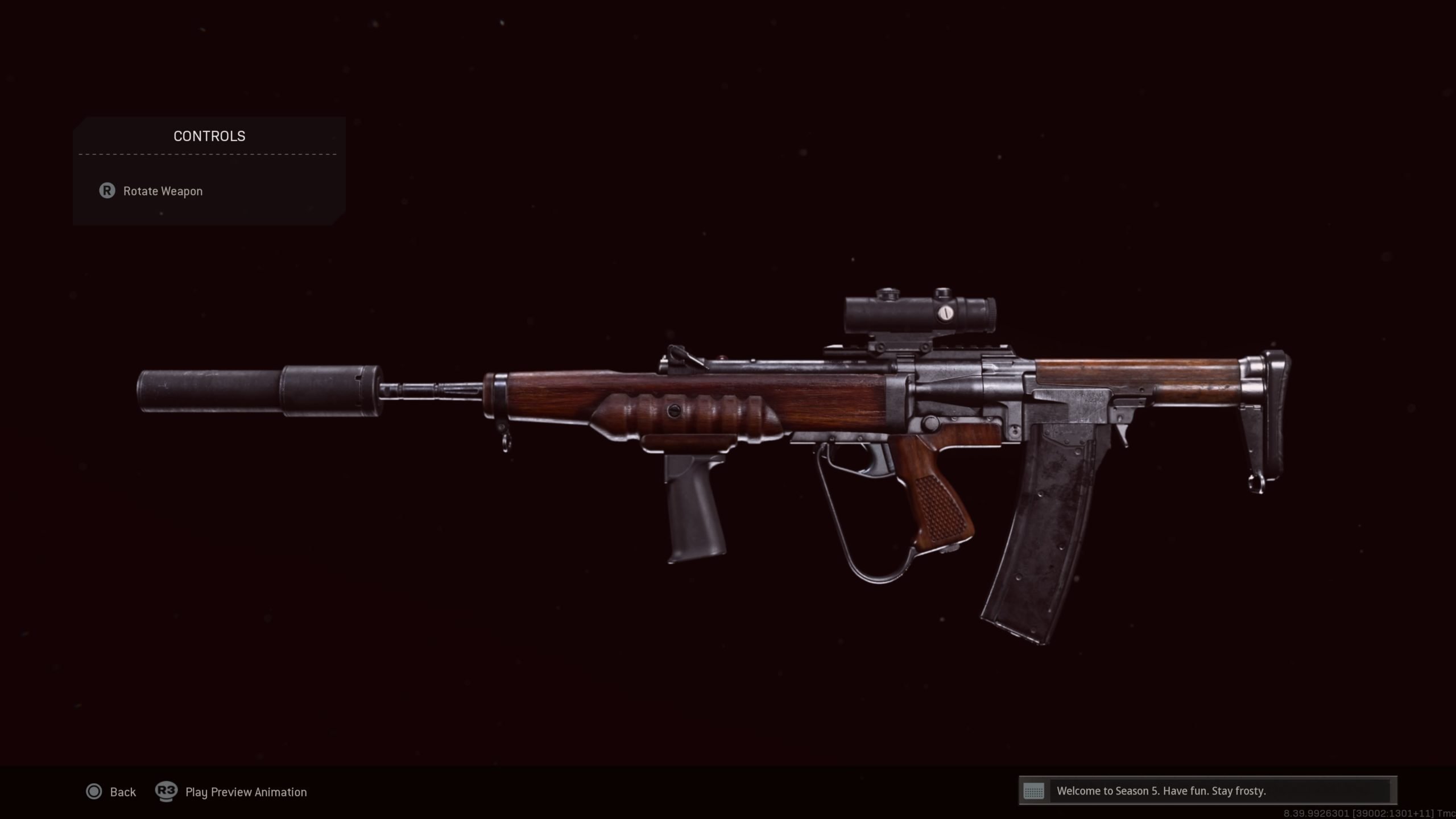 In the summer of 2021, season five in Call of Duty: Warzone and Black Ops Cold War brought the EM2, a British assault rifle that’s still worth your time and effort leveling up even in Warzone Pacific.

The EM2 is comparable to the C58 or even the QBZ in that it has a slower fire rate than other assault rifles but packs a mean punch in the damage department. This thing has very high damage and is perfect for chunking down armor on enemies at range.

Activision describes the gun as a full-auto assault rifle that’s a “well-rounded British rifle with good firing control” with a “built in low-zoom optic” that improves accuracy and a “slower fire rate with reliable range.”

Once the EM2 is unlocked, you can start leveling it up to equip it with some endgame attachments to help it become a true monster on Caldera. Drop into Plunder games or Rebirth Resurgence with some double XP tokens to rank it up quickly.

Here’s the best way to equip the EM2 in Warzone.

The best EM2 loadout in Warzone

The EM2’s Achilles’ heel is how slow it is. This gun has some really bad mobility, so re-focus your attachments on things like accuracy, damage, and range to help buff it to its full potential. This isn’t a weapon you want to be running and gunning with.

Use the EM2 for long-range engagements and pair it with a quick SMG like an Owen Gun or MP-40 in the secondary slot to help you move around the map. Put this thing away when it’s time to haul ass and move toward fights or away from the gas as it closes around you.

Even several months after its release, the EM2 is a very strong option and has yet again become a staple in the meta. Use this loadout to help maximize your efforts toward picking up some Ws in battle royale or even Resurgence.