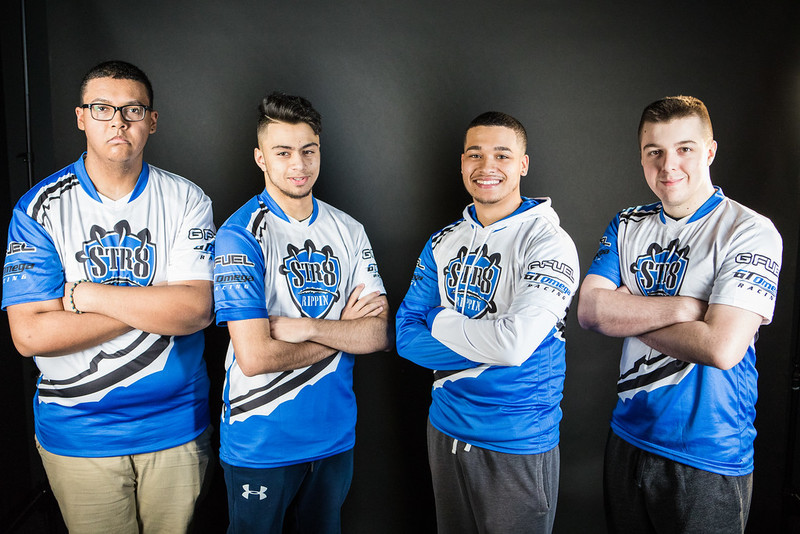 First, Temp had to find a team that was willing to pick up a player with zero pro points—he was also unable to acquire any pro points due to his age.

Related: The last eight teams have qualified for CoD Champs through the NA LCQ

Str8’s Jeremy “StuDyy” Astacio and Richard “Ricky” Stacy were in the first season of the CWL Global Pro League, so they had more than enough pro points to make up for Temp and Brandon “Dashy” Otell’s lack thereof.

Dashy is another young talent who just emerged in the latter half of the Infinite Warfare season, which meant that StuDyy and Ricky would have to carry the pro point load for Str8 heading into the North American Last Chance Qualifier for CoD Champs.

Ironically, while StuDyy and Ricky’s pro points helped Str8 secure the sixth seed in last week’s NA LCQ, it was the youngsters Temp and Dashy who carried the team in-game.

The duo of Temp and Dashy paved the way for Str8 in their opening series of the NA LCQ against Amity Esports. The series started on Throwback Hardpoint, where Temp and Dashy combined for 87 kills—Temp and Dashy produced 43 and 44 kills respectively in Str8’s 250-209 victory.

Str8 lost Retaliation Search and Destroy in round 11, despite Temp and Dashy being at the top of the leaderboard, but the duo then carried their team to a win on Precinct Uplink. Not only did Temp have the most Uplink points scored on his team, but he also led the lobby with 32 kills—and Dashy wasn't too far behind with 28.

Heading into another respawn map, most fans thought Str8 would end this series with ease, especially after Temp and Dashy's dominant performance in the opening Hardpoint. But Amity had other plans, and shockingly upset Str8 on Breakout Hardpoint to force a game five.

Some fans of Str8 may have been worried about this decisive game five, since Amity won the first Search and Destroy map in the series. And in the opening round of Crusher Search and Destroy, Dashy challenged a questionable gunfight that cost Str8 the round.

But from that point on, Crusher became Dashy's playground.

The young slayer dropped an impressive 17 kills, leading Str8 to a 6-2 win on Crusher and 3-2 series victory over Amity to advance into the qualification round of the NA LCQ.

Str8 Rippin then faced off against InControl Gaming for a spot in this year’s $1.5 million tournament—and Dashy continued to impress in the series. Str8’s rising star dropped 27 kills on Retaliation Hardpoint, while Temp added 20.

Dashy then produced another remarkable Search and Destroy performance, this time on Breakout. He clutched a one-on-two situation to force a round 11, and followed that up with three more kills to bring his total to 14 in Str8's hectic 6-5 win.

With a 2-0 advantage in the series, Temp and Dashy combined for over 55 kills on Throwback Uplink to help Str8 sweep InControl Gaming and qualify for CoD Champs.

Although this is a very small sample size, Temp and Dashy definitely proved their worth in these two NA LCQ series. These talented slayers have shown in a short time that they’re undoubtedly two of Call of Duty’s rising stars.

And if Str8 want to continue their success leading into CoD Champs, they’re going to need to lean on their new dynamic duo.

Str8 will compete against Fnatic, Evil Geniuses, and Tainted Minds in Group F of the $1.5 million tournament—and on paper, this seems like a group that Str8 can win. Many fans would argue that the other three squads in this group don't have a duo that can shut down Temp and Dashy.

The NA LCQ was just the beginning—Call of Duty fans were given a brief glimpse of what these two young slayers can do together. And the scary thing is, they’re only going to get better.

The pressure will be on Temp and Dashy to carry Str8, despite competing in their first Call of Duty World League Championship—but it seems like they’re up for the challenge. This dynamic duo will be put to the test at CoD Champs, and it all starts on Aug. 9.