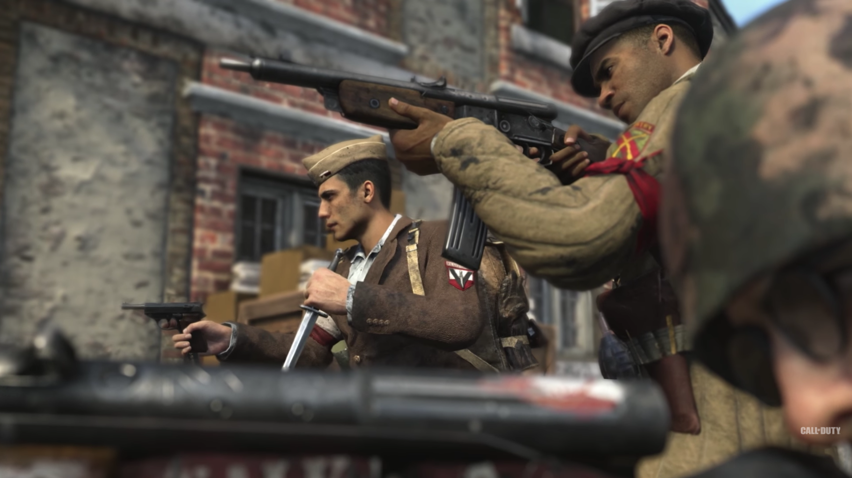 Details about the next community event for Call of Duty: WWII have been revealed.

The Resistance Event will take place in WWII from Jan. 23 to Feb. 27—and it’ll feature a ton of free content.

Most importantly, this event is set to add a new Division to the game—the first Division added since the game’s launch. This Division, called Resistance, seems to be targeted at players who like to use pistols—the Division provides a pistol tactical knife and an extra attachment for your handgun.

New weapons, including the Volkssturmgewehr rifle and Orso submachine gun, will also be added to WWII as a part of The Resistance Event.

In addition, Demolition is set to join WWII during this event. This classic game mode, which made its debut in 2009 in Call of Duty: Modern Warfare 2, is essentially a respawn version of Search and Destroy. The offensive team tries to destroy two bomb sites, while the defensive side attempts to stop them.

The end of the trailer also teased the possible inclusion of Prop Hunt. Call of Duty’s popular version of hide-and-seek was a great success in Modern Warfare Remastered, and it could be set to join WWII—the trailer showed a bucket spinning when an enemy player ran by it.

The Resistance Event will be the second community event in WWII following Winter Siege, and fans are already looking forward to an action-packed period of new Call of Duty content. The first DLC pack for WWII will also be added to the game (on PS4) during this event on Jan. 30.