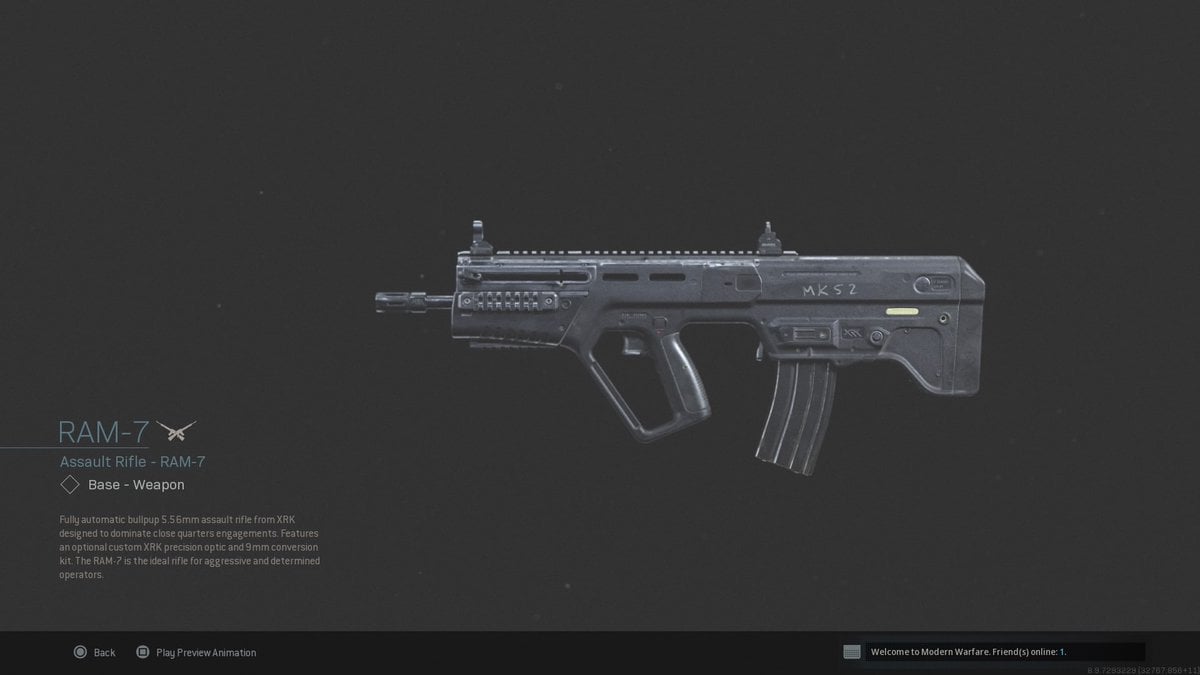 Two new weapons were added to Call of Duty: Modern Warfare today with the launch of season one.

The Holger-26 LMG and RAM-7 assault rifle can both be unlocked through the season one battle pass.

Players can get their hands on the Holger-26 after reaching Tier 15 in the season one battle pass. The Holger-26 is described as a “versatile fully automatic 5.56mm light machine gun” that’s “modular design can be configured for a broad range of engagements.

Later in the battle pass, players can unlock the RAM-7 be reaching Tier 31 in season one. The RAM-7 is described as a “fully automatic bullpup assault rifle with a compact design that lends itself to close quarters engagements.”

Additionally, two legendary blueprints for these new weapons can be unlocked toward the end of the battle pass. At Tier 85, players will unlock the Gilded blueprint for the Holger-26. And at Tier 99, the Corrupter blueprint for the RAM-7 will be added to players’ collections.

To progress through the tiers of the Modern Warfare season one battle pass, players simply need to play multiplayer or Spec Ops. If you’d rather not wait to reach Tier 31 naturally, though, you can purchase individual tiers of the battle pass for 150 CoD Points each. That means, from Tier 0, you could buy your way to Tier 31 to get the Holger-26 and RAM-7 for 4,650 CoD Points, which is roughly $40.

The season one battle pass won’t “reset” for over 61 days, however, so you have plenty of time to play some Modern Warfare and unlock these weapons naturally.