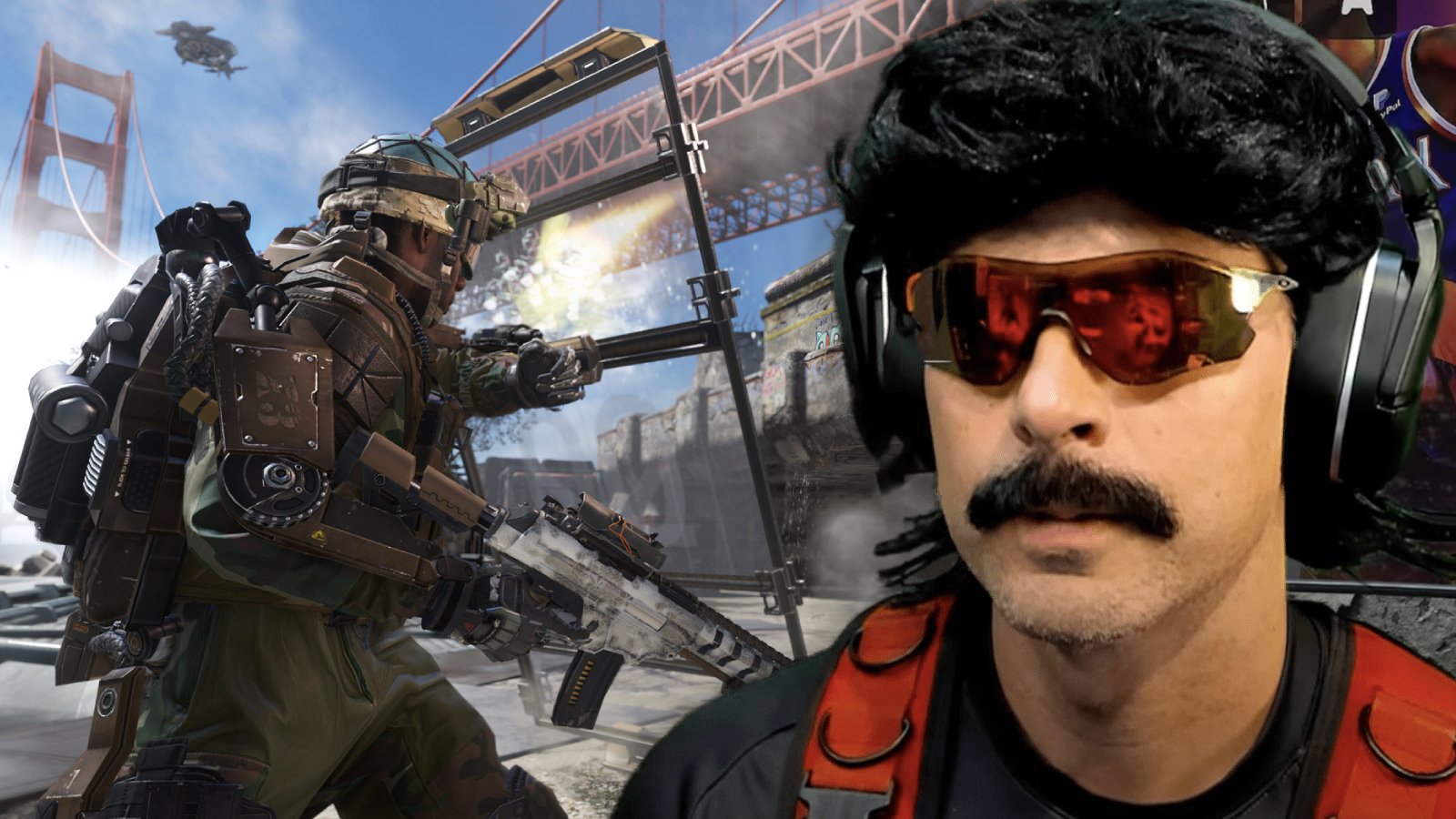 Image via Activision and Screengrab via Dr Disrespect on YouTube

After seeing the rumors Sledgehammer Games could be developing Call of Duty: Advanced Warfare 2, Dr Disrespect is convinced it could make for an amazing battle royale experience – and he’d help them make it.

“How sick of a battle royale map can you make for this game with these types of mechanics,” the two-time said while playing its 2014 predecessor (which he worked on) during his YouTube stream on Oct 5.

“Just imagine what an Advanced Warfare 2 battle royale experience could be like!”

The two-time said it all comes down to the fact that the “movement is so athletic and fluid,” making it the perfect fit for a “dense” map design that has plenty of ‘flexibility, ramps, and verticality.’

“If the rumors are true, I’d be down,” declared Dr Disrespect. “I think a player mechanic change like that will feel really good and refreshing for the franchise because I think they need it.”

And even though the developers have blacklisted him from being affiliated with the franchise due to the scathing comments he’s made about it, which he claims come from a good place, he offered to help them develop it.

“If the flip-phone rang and they said, ‘Do you want to design a map?’ I’d be all for it,” he said. “I’d be open to designing a map, doing a cool fiction, or whatever.”

At this stage, however, there’s been no official announcement about the CoD sequel actually being in development. It’s nothing more than an unconfirmed rumor, and one that might not come to fruition.

Still, it piqued the Doc’s interest enough for him to be on board. But that could change depending on how he feels about Modern Warfare 2, which will drop on Oct. 28.