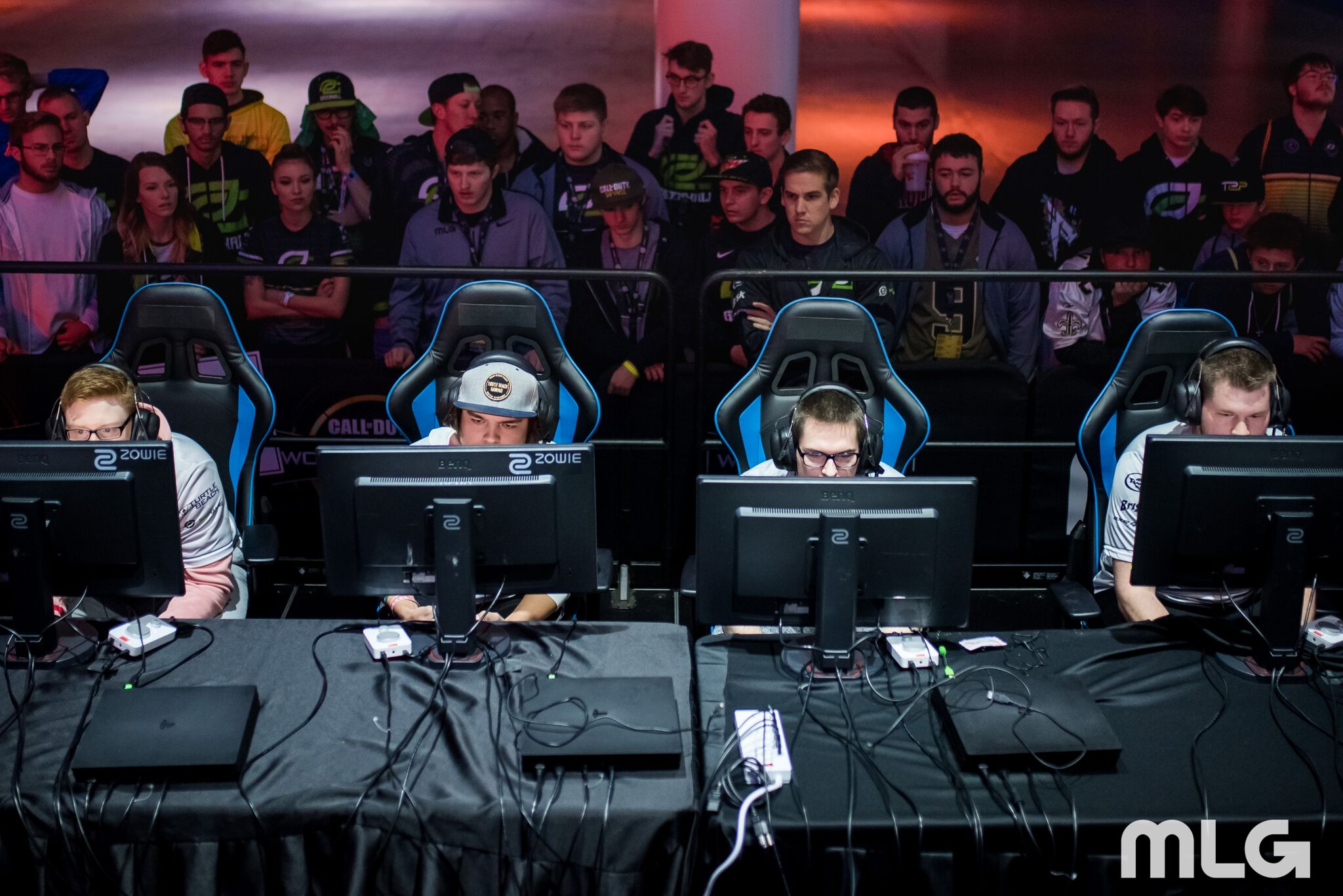 We’re officially halfway through Stage One of the Call of Duty World League Pro League. Over the past month, all 16 teams have played seven matches, and now Division A is about to return to Columbus, Ohio for their final two weeks of Stage One.

Right now, Division A can essentially be split into two types of teams—playoff contenders and those on the outside looking in. With at least a three-game difference separating fourth and fifth place, it’s going to be difficult for the bottom four teams to make any sort of run at a playoff spot.

OpTic Gaming and Rise Nation are at the top of Division A at 6-1. But both of these teams ended the first half of the season in very different ways. OpTic suffered their first loss of Stage One against Red Reserve, while Rise reverse swept the back-to-back CWL champions, Team Kaliber, on Thursday, Feb. 1.

After winning both the CWL Dallas Open in December and the CWL New Orleans Open in January, many fans thought Team Kaliber would be at the top of this group. And although they still have a great 5-2 record, some people were surprised to see Kaliber drop series against OpTic and Rise.

Regardless, OpTic, Rise, Kaliber, and Red Reserve all have a serious advantage heading into the final two weeks of Division A. It would take a catastrophic meltdown for one of these teams to not make the playoffs—and even then, they could potentially still qualify.

The biggest surprise for most fans in Division A was Echo Fox. The team entered the pro league with two top six placings at major CWL LAN events. And after going 2-1 in the first week of the pro league, Echo Fox struggled mightily and went winless in week two. Now sitting at 2-5, Echo Fox are in grave danger of missing the playoffs—but if any of the bottom teams in Division A could pull off something crazy, it’d likely be this squad.

Mindfreak did play well toward the end of Division A action, including a sweep of Echo Fox and winning two Hardpoints against OpTic. The Aussies will look to carry this over into the final two weeks of Division A and potentially cause some upsets. Meanwhile, Team Vitality and eRa Eternity both only have one series victory, so they’ll likely use the rest of Stage One as an opportunity to continue practicing the game on LAN.

The playoff spots seem almost locked up in this group, so only one question remains: Who will secure first place? Rise will be a top contender after their impressive play to end week two, but they did lose against OpTic in their first matchup. The second series between Rise and OpTic could very well decide who tops Division A.

But you can’t count out Team Kaliber. They’ve shown an incredible ability all season to consistently clutch up when it matters most—and we wouldn’t be surprised if they used their recent losses as fuel for the fire before returning to Columbus.

As the only team to beat OpTic in Stage One so far, Red Reserve have a great chance to take home first place. But only if they can consistently close out series and take advantage of their early leads.

The last two weeks of Division A in Stage One of the CWL Pro League are sure to feature some great Call of Duty action, and it all kicks off on Tuesday, Feb. 20 with Echo Fox vs. Vitality at 4pm ET.