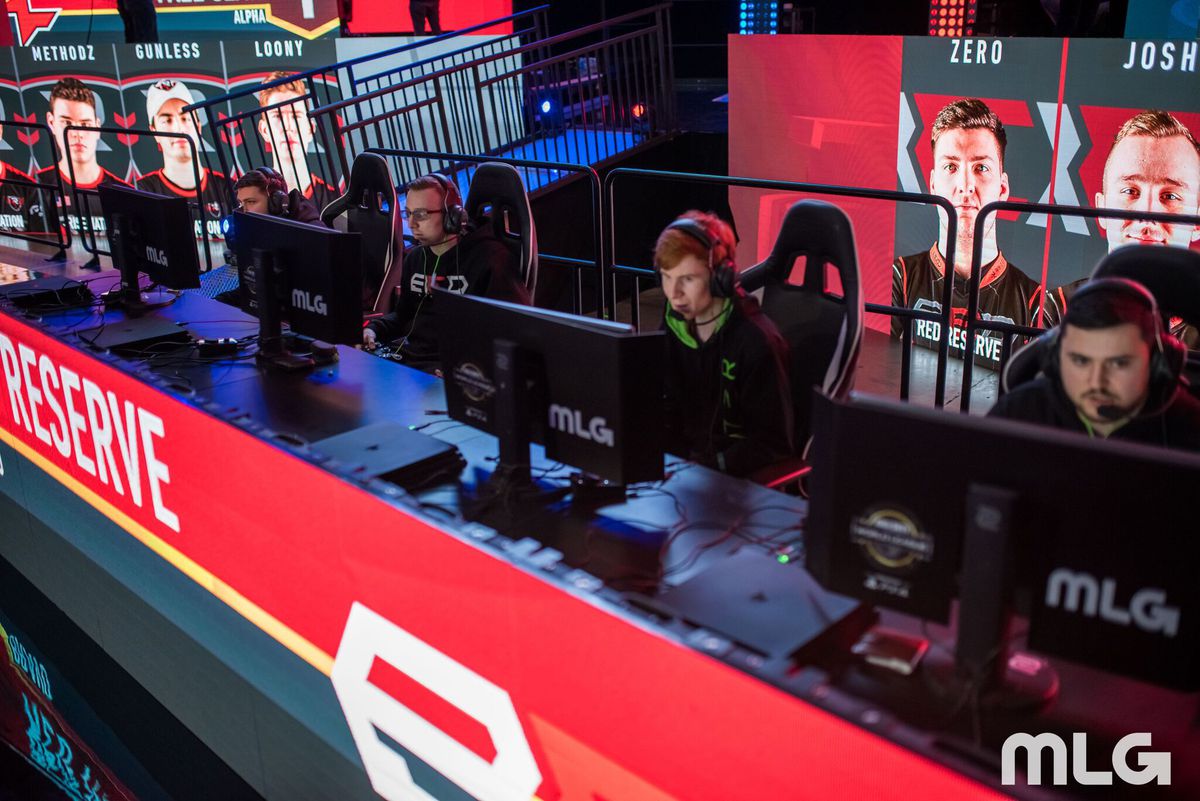 Division A wrapped up its second week in Stage One of the Call of Duty World League Pro League on Thursday, and the last undefeated team suffered their first loss earlier today.

Red Reserve took down OpTic Gaming 3-1, winning two Hardpoints in the process. The Europeans opened the series with a 250-212 victory on Sainte Marie du Mont Hardpoint—Joshua-Lee "Joshh" Shephard led the way for Red with a 35/26 kill/death ratio. Red Reserve followed this up with a 6-5 win on London Docks Search and Destroy, as Rhys "Rated" Price and Seth "Scump" Abner both dropped 12 kills.

Facing their first 2-0 deficit so far in the pro league, OpTic responded with a dominant 5-1 victory on London Docks Capture the Flag. But Red Reserve shut down any Green Wall hopes of a reverse sweep with a 250-218 win on Gibraltar Hardpoint. Rated once again led the charge for Red at 33/26, as the Europeans overcame Scump's 36-kill performance.

Mindfreak also continued their impressive play this week with a stunning sweep of Echo Fox. The Australians dominated Sainte Marie du Mont Hardpoint, 250-85, and proceeded to take a 6-3 win on London Docks Search and Destroy. Ardennes Forest Capture the Flag was much closer, but Mindfreak clutched up in overtime to take the 2-1 map win, and 3-0 series sweep.

Earlier in the day, Team Vitality secured their first series win of Stage One with a 3-2 victory against eRa Eternity. And in the final match of the night, Call of Duty fans saw Tommy "TJHaLy" Haly lead Rise Nation to a reverse sweep over Team Kaliber.

After two weeks of play, here are the standings in Division A of the CWL Pro League (each team's series record is followed by their map count in parentheses).

Stage One of the CWL Pro League will resume with Division B play on Tuesday, Feb. 6 when Team Envy take on FaZe Clan at 4pm ET.