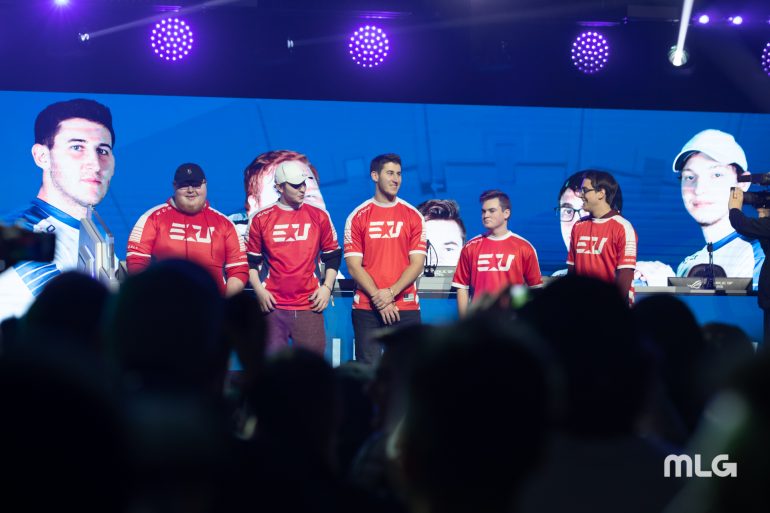 Heading into today’s Call of Duty World League matches, many fans probably expected eUnited to dominate Excelerate Gaming after their 3-0 victory over Enigma6 yesterday. But this certainly wasn’t an easy match.

James “Clayster” Eubanks and eUnited secured a hard-fought 3-2 win over Excelerate today to improve to 2-1 in the 2019 CWL Pro League. They started the series with a strong 250-111 victory on Frequency Hardpoint—eUnited’s SMG players Tyler “aBeZy” Pharris and Preston “Prestinni” Sanderson led the team with 28 and 27 kills, respectively.

But Excelerate responded immediately by taking Payload Search and Destroy 6-2 behind Michael “Beehzy” Said’s 10-kill performance. Excelerate then won Seaside Control 3-1 to go up 2-1 in the series.

Clayster and crew refused to go down without a fight, however. They absolutely crushed Excelerate 250-93 on Seaside Hardpoint to force a decisive game five. And the fifth map in this series went down to the wire.

When eUnited were facing a 5-3 deficit on Frequency Search and Destroy, Jordan “JKap” Kaplan only had one kill. But the two-time Call of Duty world champion completely turned things around over the next three rounds and picked up the game-winning one-vs-one clutch in round 11 to help eUnited secure the 6-5 map win and 3-2 series victory.

The final day of this week’s CWL Pro League action will start tomorrow, Feb. 21, at 2pm CT with Heretics vs. Excelerate.