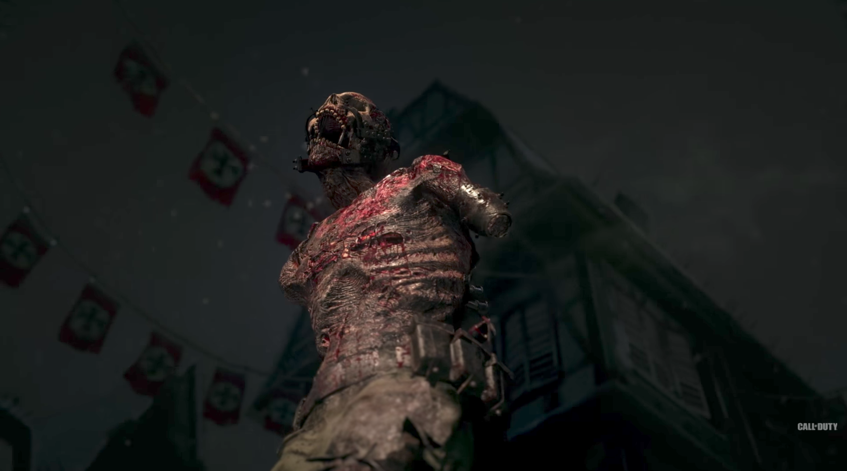 The trailer for Nazi Zombies in Call of Duty: WWII was revealed moments ago, and it will definitely scare your pants off.

It begins with a creepy voice and eerie sound effects in the background. As the music intensifies, fans get their first glimpse at what the living dead will look like in the newest addition to the zombies franchise.

Toward the end of the trailer, the music deafens and the voice says, “I have built more than just a new kind of soldier. I have created the devil himself.” Fans get a brief glimpse in the final seconds of what this “devil” could be—and it’s basically a giant, metallic, Frankenstein-like zombie.

Although we didn’t get to see any actual gameplay of the new and improved Nazi Zombies mode, some information has been revealed about the game mode during the CoD: WWII Nazi Zombies reveal and panel at Comic Con in San Diego, California.

The four playable characters are reportedly searching for stolen art, and this game mode will feature the “hardest Easter Egg hunt you’ve ever been on,” news site Charlie Intel quoted the panel as saying.

Even more information about this highly-anticipated zombies mode is bound to be released as we get closer to the release date of WWII on Nov. 3.