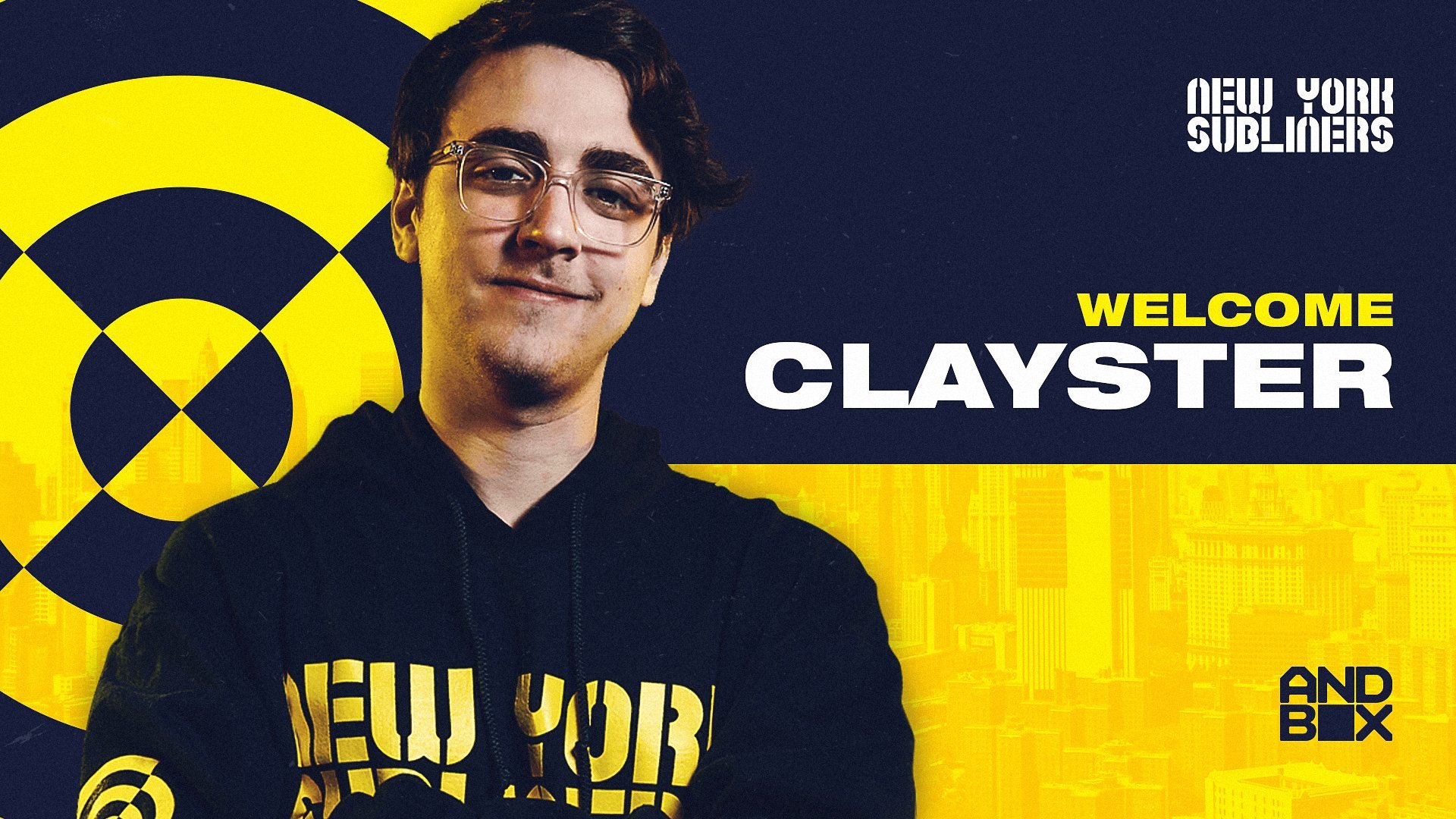 Three-time Call of Duty world champion Clayster is a free agent no more—he has officially signed with the New York Subliners for the 2021 Call of Duty League season.

Both Clayster and the Subliners announced the news today, revealing that he will be teaming up with ZooMaa and Mack to create a powerful CoD trio.

Clayster revealed that he had become a restricted free agent on Sept. 1, after the CDL announced it was moving to a four-vs-four format. That left him as the odd man out on the reigning champion Dallas Empire, but it didn’t take him long to find a new home.

“There’s a couple [teams] that I gave them, where I kind of gave them some options, and I’m like, ‘send me to one of these three places,’ and there’s still a couple on the table,” Clayster said in a Sept. 7 interview with ESPN. “I think I’m ending up where I want to be, in the grand scheme of things, maybe not the number one choice, but in hindsight, I’m pretty confident about where I’m going to end up and pretty confident with the team I’m going to have.”

NYSL started showing interest in Clayster as early as Sept. 6, but the deal is now official. The team released Accuracy, Temp, Censor, and Happy on Sept. 8, and Attach left to join the Minnesota RØKKR earlier this week.

The search for a fourth and final member continues for New York. Dot Esports sources say that the team has reached out to both John and HyDra about joining the team.